Today is the 42nd edition of our periodic guest post series called 10 Questions and a Pizza Place. (The 1500′s are pizza fanatics.) We have a list of 17 questions we pose to fellow financial bloggers, and they are free to pick and choose 10 or answer all 17. Let us know if you would like to be featured in a future edition of 10 Questions.

I first discovered the Frugalwoods way back in May when I read their 2 part post on refinishing cabinets. I was immediately impressed. The posts had lots of good information. The instructions were very good and well written. The pictures were great. It was clear that these people were serious about producing a quality blog.

I bookmarked Frugalwoods in some corner of my brain and have continued to visit ever since. The ridiculous (and by “ridiculous”, I mean “awesome”) greyhound pictures make a visit to Frugalwoods worthwhile all by themselves. I often wonder what is going through Frugal Hound’s mind when she is wearing cowboy hats (see below), cleaning rags or sporting pumpkins.

Enough blabbing from me. Please enjoy their answers and then make your way over to Frugalwoods and introduce yourself. You won’t regret it.

Tell me about your blog and why it’s great.
We’re Mr. and Mrs. Frugalwoods (+ Frugal Hound) from www.frugalwoods.com, self-proclaimed frugal weirdos living in Cambridge, MA. We pull stuff out of our neighbors’ trash, use leftover hotdog buns for sandwiches, haven’t been to a movie theater in over 10 years, and Mr. FW is a freaking bike commuter. Basically we’re a menace to mainstream consumer culture.

Frugalwoods (est. April 2014) is a living documentation of the accelerated final three years of our journey to financial independence and a homestead in the woods (more on that in #2). We’ve been frugaling it up together for ten years, but this is our most intensely-focused sprint of frugality. Barring unforeseen calamity, we’ll enter early retirement in 2017 at age 33.

We co-write Frugalwoods (and are married in real life!), which enables us to diversify and cover a wide range of topics. We make a pretty good team, both on and offline (permission to gag now).

Our blog is great because it has lots of photos of our greyhound, Frugal Hound.

What are your biggest goals in life?
Our biggest goal in life is to not regret the way we spent it. We don’t want to reach 40 or 50 and realize we’ve wasted our best years behind a desk. To that end, in 2017 we’ll both quit our 9-5’s and move to our yet-to-be-purchased homestead, hopefully on 30+ acres of wooded land in rural southern Vermont. We also want to have kids and raise them in this rural environment with plenty of streams and mountains to explore, and an absence of the materialistic, high-stress childhoods we see playing out in the city.

The Frugalwoods plan = avoid consumer culture + live a fulfilling life of true purpose and intention + hike a lot in our own woods.

What kind of car do you drive?
The one and only Frugalwoods-mobile: a 1996 cosmetically-challenged Honda Odyssey minivan with 200K+ miles. She’s a beaut complete with body rust, extreme denting, and questionable interior stains (Frugal Hound may or may not be responsible for said indiscrete stains…)

What is the best financial move you have made?
1) Marrying the right person. Nothing screws up your life like a partner who is not on the same page financially or otherwise. We’ve seen friends go through divorce and it’s both heart-wrenching and finance-destroying. Neither of us would be nearly as successful or happy without the other’s support. Together we are more than 1+1= 2. More like 1+1= ∞ (math joke!).

2) Moving for our jobs. We were able to dramatically increase our salaries by moving across country. We’re both 30 and have lived in 5 different places (Kansas, New York City, Washington, DC and Cambridge, MA twice) since graduating college. It’s incredibly foolish to limit yourself geographically at the outset of your career. For those crucial first few years, push yourself out of your comfort zone to take advantage of the best salaries. And then once you retire early, you can live (basically) anywhere you want! 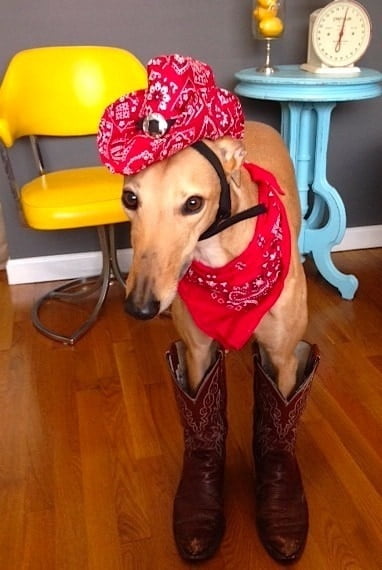 What’s your favorite tip for saving money?
Buy used. Anytime you consider purchasing something, your first thought should be: how can I buy this used? We have a used car, used couch, used house, used greyhound… among many other used, but not used-up, things.

Buying used also gives you an excellent exit strategy. If you buy used, you can usually turn around and sell the item for about the same price. If you buy new, on the other hand, the item is going to depreciate immediately and you won’t be able to sell it for what you bought it for.

(Mrs. 1500 note: This works for everything except underpants and socks. No need for your first thought on those items to be, ‘How can I buy this used?’)

What is your fondest memory?
Every hike we’ve ever hiked together. It’s our absolute favorite way to spend a day and we’re never more relaxed or at peace than when we’re tromping up a mountain hand in hand.

Our most outstanding hike was probably the Na Pali coast in Kauai. We climbed a mountain, swam under a waterfall, gazed down at the ocean, and spent the day talking and thinking together. We only had one asthma attack and a sunburn–so, total success!

What product or service epitomizes consumerism?
The “random box of junk” delivered to you each month. It’s literally stuff you don’t need that you’re paying money for every month–I’m looking at you Birch Box, Bark Box, Custom Toothpicks Box. In addition to receiving unnecessary crap, you’re paying to be marketed to–they send little samples to entice you to pay even more money for the full-sized product! You’re not even getting something useful, like for example a Bacon Box. I admit that a Bacon Box is equally useless and I’d never pay for it, but at least you’d get to eat some bacon.

These boxes embody the idea of being a consumer just for consuming’s sake. And the genius thing about the boxes is that the companies get the stuff for free and then turn around and sell it to you! So their profit margin is insane–it’s a great business model for the company, but completely worthless for the consumer.

What is your favorite place to vacation?
Mr. FW: Anywhere with a woodstove, craft beer, a porch, and mountains I can hike.

Mrs. FW: Anywhere that has wine.

What was your favorite job (or worst job)?
Mrs. FW: Gotta go with worst. Immediately after undergrad, I worked 40 hours a week as a “document preparer” at a document scanning agency. I smoothed pages, removed staples, and stacked files neatly. I was not qualified to use the actual scanner.

Mr. FW: Gotta go with best. I was the assistant wedding coordinator at my church during high school. I only worked on the weekends and got paid in cash to set up a few tables and make sure the place didn’t burn down. Usually the biggest disaster was learning that a bride didn’t have enough body glue. Luckily, I knew the closest body glue purveyor and, I had no shame.

Write your own question: What’s the greatest thing you’ve ever taken off the side of the road?
Mr. FW: My 1970s Sears brand, 25 lb, cast-iron beast of a circular saw. If it ever stops sawing, it’ll double as a sledgehammer.

Mrs. FW: Definitely my LL Bean, down-filled, knee-length winter coat. Admittedly, I have to step into the coat as the zipper is broken (it does zip up though). Small inconvenience for the free-est, warmest, most waterproofiest coat I’ve ever owned.

(Mrs. 1500 note: We used to live in Madison, WI which is a college town – Go Badgers! Every year when the college kids move out, they toss all their stuff on the curb for the garbage man to pick up. One year I went and found an entire wardrobe, still on hangers, pants, shirts and sweaters. All in Mr. 1500’s size. He kept most of it, and even gets compliments from his co-workers, who would be mortified if they knew where it came from…)

What is your favorite pizza place (I am a pizza nut)?
Fellow pizza nuts here! We have a delicious and delightful local joint in our neighborhood that makes amazing pizza: City Girl Café. It’s a hidden gem of Cambridge and a miraculously efficient use of resources: 6 tables, 1 server, and 1 chef.

Thank you Frugalwoods and Frugal Hound for those highly amusing answers and pictures! Frugal Hound, I can’t wait to see what you have in store for Halloween. Please pay them all a visit on their blog and give them a follow on Twitter.