Ask the Readers returns next week. This week, we’re in Portland on spring break, so I’m taking the opportunity to regale you with gratuitous pictures of doughnuts.

One of the best parts of not being confined to a traditional job is being able to wander around without the constraint of time. Usually, this means that I go for aimless walks around my neighborhood or hikes in the mountains near my home. At other times, this means traveling to a different corner of the globe and well, walking aimlessly. I don’t like sitting still. I also like changes of scenery.

This week, the girls are on spring break and I find myself in Portland Oregon. I was last in Portland over 10 years ago for work. That trip was incredibly stressful and there wasn’t a lot of time to enjoy my surroundings. This time, I’m done with work. No server rooms. No crazy co-workers. Totally different and totally better. Except for our car rental…

I rented a car for the trip at a traditional company for $300 (8 days). That seemed like a lot of money, so I decided to try Turo (NOT an affiliate link for reasons you’ll soon read). Turo is a service that lets you rent cars from private individuals. It’s an auto Airbnb. I quickly found a Ford Taurus that was only $155, almost half of the cost of the traditional rental. The reviews were good, so I booked it.

The car was in an economy lot at the airport and the owner told me I’d have to pay $10 to get it out. I was OK with that considering the savings. I found the car and it looked fine from the outside. The trouble began when I started it. The Check Engine light came on and the engine wasn’t smooth. I thought the car may get better after it warmed up (I’ve owned my share of crappy cars), so I drove to the exit of pay lot. It turned out that the car cost $30 to get out. The owner had lied to me. I should have backed up and parked it, but didn’t.

Instead of getting better, the car got worse. It struggled to keep up at highway speeds and then stalled out at stops. The brakes didn’t work so well. I called the owner who insisted that the car was fine and that I should continue to drive it. I told him:

I turned around and put it back in the economy lot. I then called Turo to explain the situation. This did not go well either.

I had thought that Turo would be easy to deal with. They’re a young company, so they should be eager to please. I couldn’t have been more wrong. I sat on the phone for at least 30 minutes while the Turo support guy tried to get hold of the owner. Turo was reluctant to issue a refund for the undrivable car. Luckily, I had taken pictures and video of the car (including the Check Engine light). It was only after the Turo support guy saw the pictures that he agreed to refund my money.

A couple things to note:

Now that I have that off my chest, let’s move on to important topics like doughnuts.

In Search Of Doughnuts And Dairy

We woke up Sunday morning and headed to Voodoo Doughnuts. I was worried about lines, but if you get there at 6:55am on Sunday, the place is empty. We bought five doughnuts and went to the car to sample:

The verdict? They were good, really good. However, it’s hard to go wrong with deep-fried dough and sugar. I wouldn’t have been thrilled if I had to wait 30 minutes, but I’m happy that we went. We haven’t been to Blue Star yet, but will. Oh yes, we will.

Next, we headed for the coast. The countryside was beautiful and the girls laughed every time we saw this sign:

Our next destination was Tillamook a dairy most famous for cheese and the samples made the stop worthwhile. Even better, if you fill out a free post-card, Tillamook gives you a free cone. And not a tiny baby-sized cone either. A full-on, real cone:

We headed up the coast where we saw no whales. It was whale season, but they were shy. Or maybe there were all at Tillamook getting free ice cream. 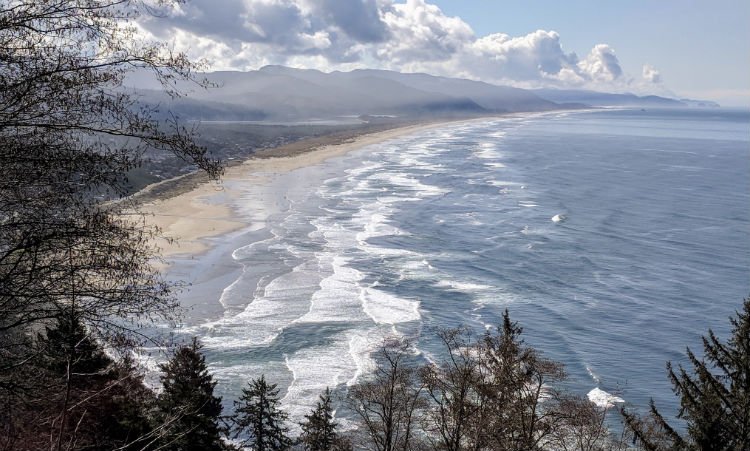 We stopped at Cannon Beach.

Our last stop before heading back to Portland was Astoria! I knew about Astoria from the movie The Goonies which I first saw as a kid. In the movie, Astoria had so much character that it was almost a cast member. The town was so cool (at least it was to 12-year-old me) that I wanted to move there.

First, we went to the Astoria Column: 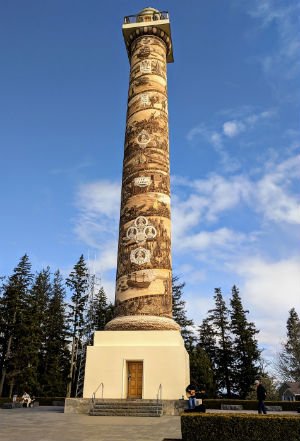 We then went to Buoy Beer Company. Buoy has something for everyone; good beer (yay adults!) and a window in the floor where you can see seals below (yay kids!). 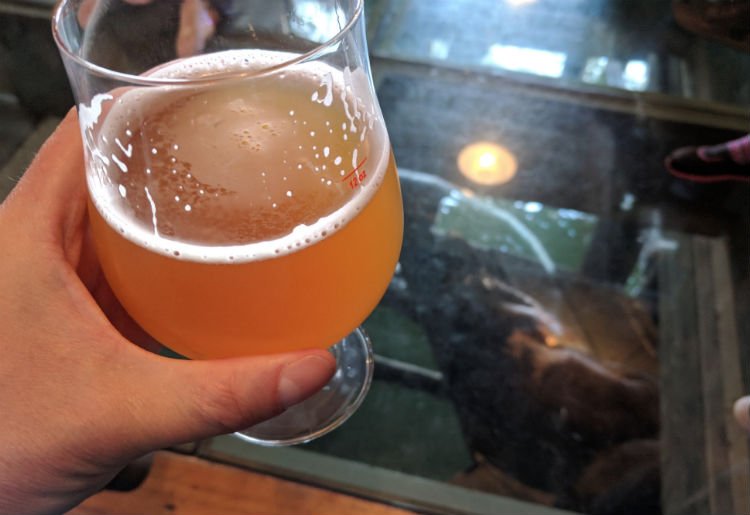 Portland reminds me a lot of another town that we used to live in, Madison Wisconsin. I like Madison and I like Portland too. I’ll have more to say on the topic soon.