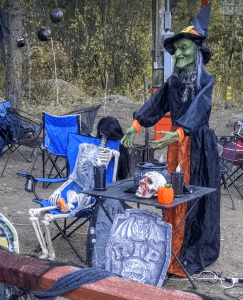 Actually, we’re tag-teaming this post, so Mrs. 1500 will be here in a moment to recap last week’s answers to the question, “Has Money Changed You?”

But this week’s post, coupled with a camping trip last weekend made me realize that I am starting to become super judgmental about how other people spend their money.

Mustard Seed Money stated something that I’ve been thinking about for quite a while now. That is, money gives us the security to let our real selves shine through. I think I’m more real now that I’ve even been:

On the flip side I feel like I can take more risks on projects since I’m not as worried about a paycheck. This has worked in my benefit since my risk aversion has greatly diminished and I am more comfortable speaking my mind at work.

Reader G-dog makes a good point in that it is impossible to separate money from our lives:

How do you separate the money from everything else – age, experience, self-esteem, relationships, etc.?
I think I am less anxious, I pay less attention to money on average, I pay more attention to investing, I am not as driven as when I was younger.

Physician on Fire’s mentality echoes mine. I too had a lake house, but like him, I just don’t care what anyone else thinks now:

To be honest, now that I have more of it, I feel no need to show it. When I first started making money, I had to have the big waterfront home. Let the world know I’d arrived.

I used to spend many a nights worrying about my financial situation dreaming that I would go broke. Now that we are much more comfortably and stable financially, those nightmares are gone

And Jeff from Jersey commented on the Porsche GT4 that I was carsitting:

How are you restraining yourself from not having your own “Mr. 1500’s Day Off,” and taking that garage sitting Porsche out for a spin? Just make sure to drive it home backwards to roll the mileage back. (hehe)

Jeff, you have no idea. I had all kinds of crazy, devious and wicked thoughts about the GT4. That Porsche and I were going places. Mountain roads, sweeping country highways and hell, even the Taco Bell drive-thru. Then, my friend took the keys with him. Hey friend, if you’re reading, just kidding! Maybe…

So back to this week’s question: Do you ever feel judgmental about money?

Let me explain. We went camping last weekend. We went to the Yogi Bear campground near us, and we’ve been a couple of times before – but we’ve always stayed at a specific site that is at the top of the campground and far away from most everyone else. We choose these spots on purpose because they are big, and we’re usually camping with a friend so it’s a nice place for the girls to all play.

Long-time readers will remember that when we first moved to Colorado, we lived in Douglas County, and our neighbors were the ultra-spendy types. We actually had a conversation with each other within two weeks of moving in, asking each other if we wanted to move back to our old city.

We lost $13,000 when we sold our house, and I was happy to be rid of it. (It was nice to be able to afford losing $13,000, too.) The reason we moved was 100% because of the neighbors. They all seemed to be participating in this unspoken contest: “Who can visibly spend the most money?”

I had Douglas County flashbacks while camping last weekend.

Because of the altitude that this campground is located at, they close in early October. This was their last weekend open, and they were having their Halloween weekend, complete with Trick-or-Treating and a campsite decorating contest.

We didn’t know this before we got there, but had planned to go into the tourist town just outside the campground, so we picked up two bags of Halloween candy.

Apparently everyone who was camping this weekend took the campsite decorating contest dead-serious, because there were decorations to rival that of the most crazy neighbor you have. 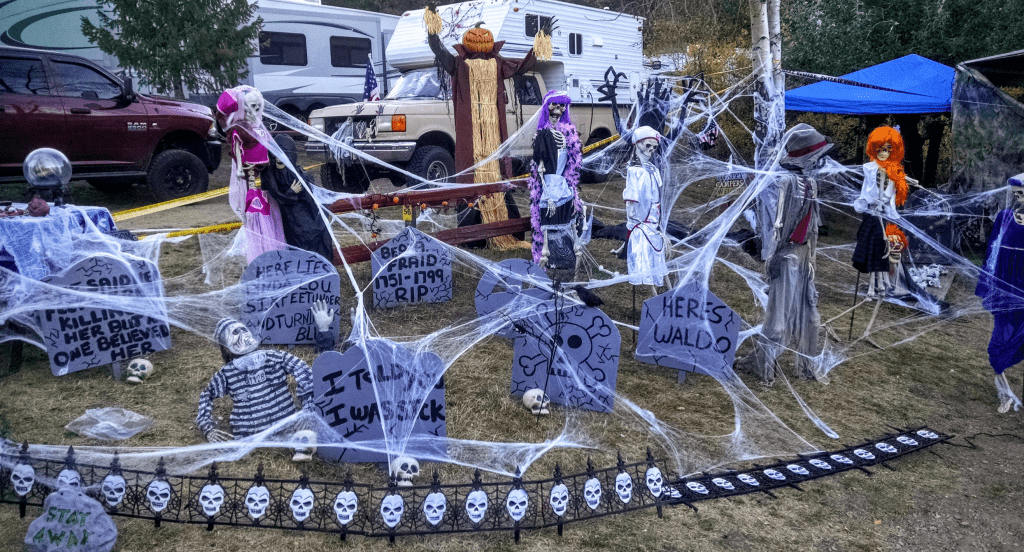 And suddenly I was whisked back in time to 2012, when we lived in Douglas County, and everyone competed for everything – as long as they could look like they were spending money on it. 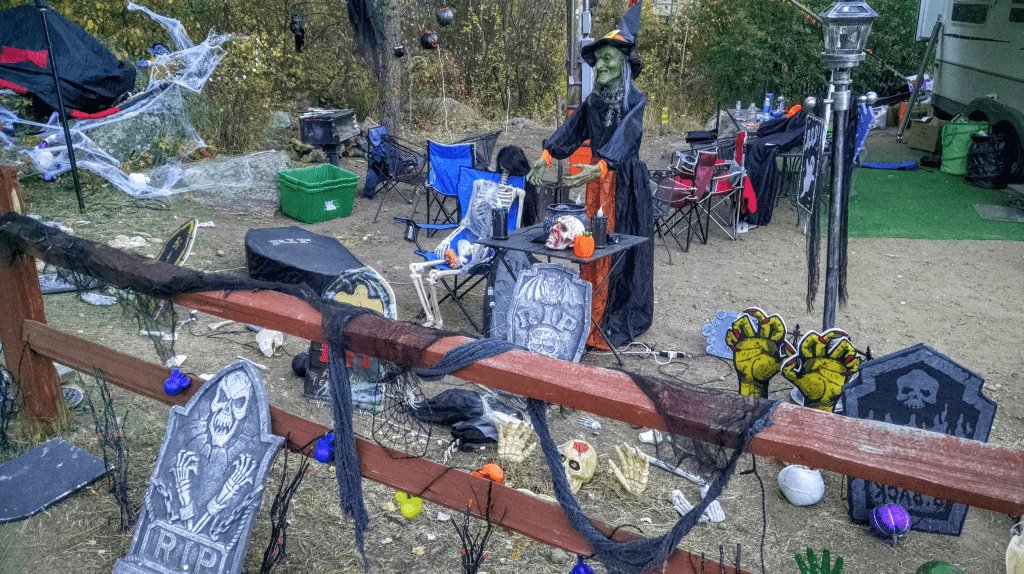 And instead of enjoying the weekend, all I could think of was how pathetic this whole display was.

Which then made me feel really judgmental. It isn’t my business how they spend their money. And I don’t know these people – won’t ever see them again. Why do I spend even one moment caring about them?

So I started to think about the people in my life I do care about. I’m judgmental about them, too. (At least I’m consistent…)

But I see my friends and family spending money they don’t have on things they don’t need. But it isn’t my business, so why should I care?

It dawned on me last night when Mr. 1500 and I were taking a walk with the girls. I get so mad when people waste their money because I’ve seen the freedom money provides. And it doesn’t really take huge sacrifices to get there.

Mr. 1500 and I had flip phones long past the time they were cool. We’ve always looked for cheaper phone service (Thanks, Republic Wireless!). We drive old cars, wear the same clothes for decades (literally) and generally don’t spend a lot of money on things that don’t matter to us.

But I have the freedom to live my life the way I choose. I should live and let live.

Do you find yourself being judgmental about money? How do you handle it?

Oh, one more thing. Check out our interview over at Mostly Mindful with my South African friends!