So, I’ve been thinking about what to tell people once I leave formal work. This isn’t easy. Retired and Financially Independent come to mind immediately, but I cannot use either:

What to do then? Obfuscate! Deny! And Lie!

I invented new terms to describe early retirement. Feel free to use them when your nosy neighbor or curious cousin asks you why you’re at home at 11am on a Wednesday drinking beer in the garage wearing your pajamas. Brace yourself readers. 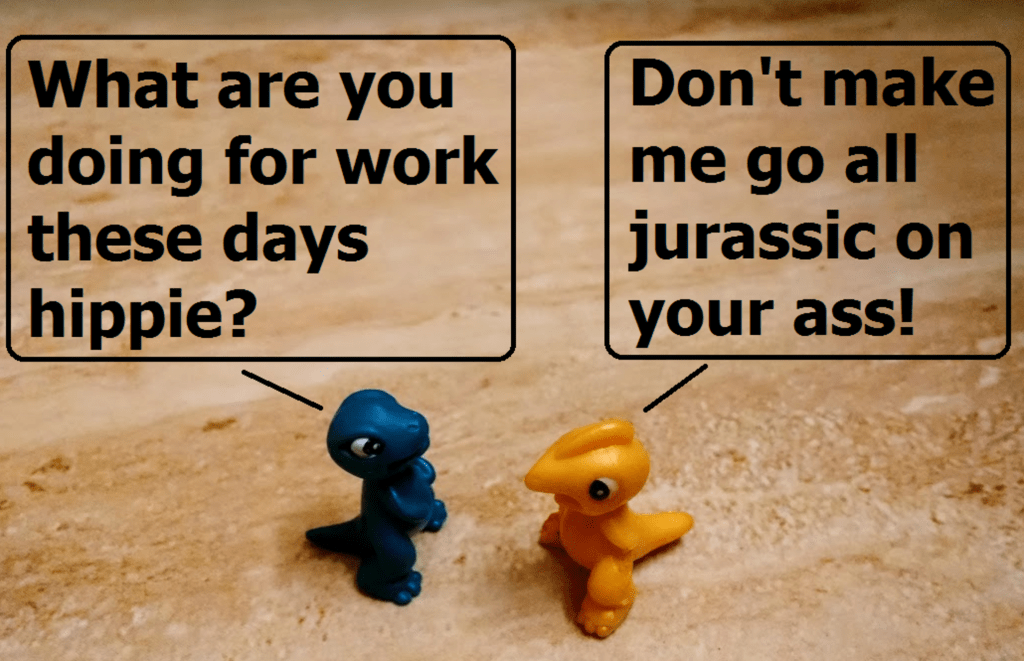 Make others uncomfortable by spewing terms that sound like sex. Conservative Uncle John will quickly steer the conversation away from your employment status (or lack of it) when you unleash one of the following:

I don’t have just one job. I have many and love them all. I consider myself to be Polyworkarous.

My relationship with work is Non-Traditional at the moment.

I quit my job to become an entrepreneur!

If the questioner dares to ask about what your entrepreneurial intentions are, make up a good story based on their age:

I can tell you about my job, but I’ll have to kill you. Now, where did I put those missile launch codes?

For extra effect, carry around a briefcase handcuffed to your wrist. Nervously dart your eyes around the room. If anyone pries, look at your phone, utter a profanity and announce that you must leave immediately. Run to your car.

I quit work to find myself.

Start talking about new-age nonsense like cosmic consciousness and auras. Tell them that your spirit animal is the dung beetle. The questioner will quickly regret ever asking about your job status and will most likely never talk to you again.

I quit my job for an incredible opportunity! Let me tell you about Mr. Money Marshmallow, this new multi-level marketing company I signed on with! 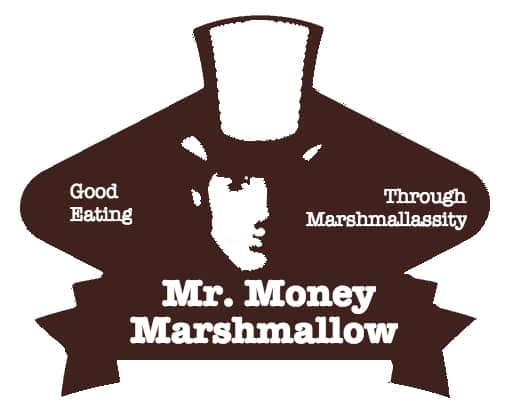 I hate MLMs. So do a lot of people.

Don’t tell them that the hiatus is forever.

I asked my hilarious buddy, Physician on Fire to help me out with this post and he came through with strategy #4.

Take a straightforward question, and give a perfectly sideways answer.

“So what do you for a living?”

Living? I can hardly call it living when these artificial sweeteners in this Diet Mountain Dew are eating me from the inside out. Do you know what they put in these cans? This liquid could survive eleven nuclear wars!

“OK. Ummm… you do realize that you’re holding a beer, right?”

My great-grandmother strangled Nazis with her bare hands so you and I could drink beer and not bier, so I suggest you take your line of questioning and save it for the Reinheitsgebot.

I don’t know about work, but let me tell you about this workout routine I’ve been doing. It’s called P-90-xxx. See these pecs? And these strong thighs? And maybe it’s just me, but things seem to be a bit more pronounced in the… ummm… nether regions.

“That would explain the enhanced, eh… bulge. You really should wear something more than boxer shorts out here.”

With this type of redirection, do you think the original question was quickly forgot? Does the pope shit in the woods?

And finally, here is what the readers had to say about one of my questions from last week:

What is a better word than “retired?“

Mrs. PoP coined a new term. I like it, but I’m not sure how to pronounce it:

Thank you Reader gwenith42 for telling me what I should already know:

You know how MMM advocates a ‘low information diet’? Same basic thing… I know it is easier said than done, but you truly have to try to ignore the idiots, the desperate, and the deliberately malicious… They offer you no value and you are squandering your emotional energy on them versus all of us who cheer you on (blatant plug for more fun & useful posts, don’t waste energy on the trolls, lol, it’s not frugal)

Maybe you could go with “Professional Hobbyist” to describe yourselves to others.

I would call it “semifreedomized”.

What is a better word than retired?
I propose Patron.

“What do you do?”
“I am a patron of the arts” (Look appropriately snooty here and you don’t have to mention that the artist that you now patronize is yourself).

Finally, Reader Steve from Arkansas had this to say:

Wow, I can totally relate to this. I LOVE to earn and invest money. Sending dollars off to Vanguard every month makes me smile. There is probably something wrong with me, but so be it.

I enjoy almost everything else about the holidays, but I don’t enjoy the gifting part for anyone over 12. Of course, if you wanted to give me a new Tesla, I’d make an exception.

Answer one or more of the following: