I am a member of the Choose FI Facebook group, and someone recently posted this question there:

What’s the Worst Piece of Financial Advice You’ve Ever Received?

I thought this was an excellent question because so much of what we’re taught about money is wrong. (Or, let’s be honest, we aren’t taught anything about it, which I guess is better than being given wrong information.)

Before we talk more about bad advice, I’m going to turn the post over to Mr. 1500 (aka The Unablogger) to address last week’s question.

Yes, I’m still here (stop groaning!). I haven’t checked out of society yet.

Last week, I wrote about my disturbing experience at a local Walmart. A scammer ripped off our Girl Scout troop and I saw a guy spend at least $50 on the claw machine. 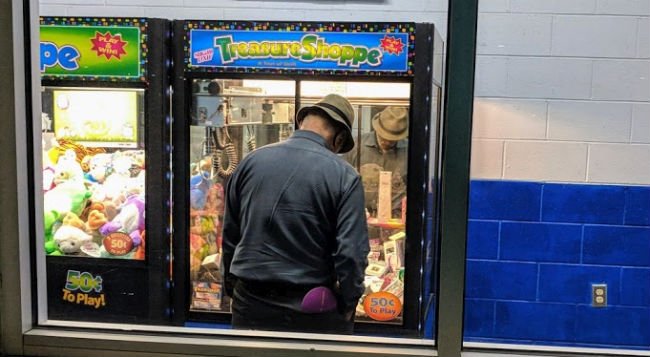 It made me want to head for a cabin in the woods.

Here’s what you had to say:

Reader Jeff From Jersey had me cracking up:

All I can think about following this post is a fake movie trailer with the movie guy voice over going,..
“In a world where financial independence brings more than just freedom, One man attempts to escape the dark underbelly of society..ONE BLOG POST AT A TIME! He is the hero financial blogger we deserve, but not the one who should be passing out grooming tips. He is our protector during times of flatulence and volatility. He is the voice of reason that plays with toy dinosaurs. He is the UNABLOGGER!”

In terms of a particular cause that my wife and I support, most of our annual giving goes towards Four Diamonds affiliated with Penn State Health Children’s Hospital. We got involved during college and have maintained an active role ever since. The organization’s mission is providing pediatric cancer support to children and their families. With a close friend recently passing away from cancer, it makes it that much more meaningful to be able to dedicate our resources in his name moving forward.

Two ways that I’ve been thinking about giving back, that would also be well suited to your skills, are 1) Building houses for the less fortunate with Habitat for Humanity and 2) Getting involved in some sort of financial literacy classes either for kids still in school or for people that can’t afford to pay for professional advice. I haven’t done much research into #2, but I’ve got to figure these exist or I could create one.

I really like Andy’s ideas, especially #2. I’ve thought about providing financial education at my kids’ school for students and parents alike. The latter would be tricky. For example, we know parents who struggle financially, yet have a $500-month payment on a new pickup truck or jeep. How do you gently tell people that they’re not doing it right?

Mr. WoW from Waffles On Wednesday:

After our most recent trip, which we discussed during our run, I’ve put a lot of thought into this.

There’s always something you can do. Even if it’s serve meals at the shelter, or something like that.

The most important thing though is to keep perspective, and not lose it. Remember that your problems are not bad comoaratively, and help out folks simply because you are blessed.

I had a chance to talk to Mr. WoW about his trip to Cambodia where he witnessed the horrors of the Khmer Rouge. The genocide committed by the group has atrocious (25% of the population was executed). Whenever I think about atrocities like this, one of Carl Sagan’s quotes comes to mind:

You’re an interesting species. An interesting mix. You’re capable of such beautiful dreams, and such horrible nightmares.

Never forget that horrible things still go on in dark corners of the world. I’m so thankful I wasn’t born in one of those places.

Budget On A Stick:

Most of our charity has been through donating stuff we no longer need/being more minimalist. My life is so wrapped up in my 3-year-old and 9-month old that time is a scarce commodity in the BoaS household (I have 1 hour a week to pump out a post). Otherwise, we mainly donate money during the holiday season. I know we need to get better at contributing back to society.

This is an area I struggle with big time. Similar to you I do the odd donation here and there. But right now, being in the wealth building phase of life, I’m working hard to optimize every penny I spend. It makes it difficult to want to donate any significant amount regularly – even though I know there are people out there who need it far more than I do, and that I will still live an extremely comfortable life without that money in my pocket. I know I know, cue the egg throwing and boos. I’m not proud of it. But it is something I want to work to get better at.

Time is so precious. Even without a full-time job, my time is incredibly scarce. Mr. Budget On A Stick and Mrs. LSF are already ahead even if they haven’t done much because they’ve thought about charity. Maybe they’ll be like Warren Buffett and give their vast fortunes away when they die?

I still haven’t figured it out for myself yet. I will though.

I do what I want, then figure out how to pay for it later.

This isn’t really advice, though. It’s just a really silly way to think about money.

Random other comments filled my head:

I need new clothes to feel good about myself.

I could never give up my weekly mani/pedi.

Again, these are just dumb money comments, rather than bad advice.

It took me a while to come up with the worst piece of money advice I’ve ever received:

Buy a new car so you aren’t inheriting other people’s problems.

We currently own three cars, two of which were purchased new, before we really understood FI – or even knew about the concept. But we’ll keep them until they die.

We “bought smart” in that they are both from manufacturers that have a reputation for building a quality car, and we keep them up with regular maintenance. But they haven’t been any more or less problematic than when we bought used cars in the past.

Why? Because we also “bought smart” when we bought used cars. Of course, you can buy a used car dud. But you can also buy a used car prize – even if you’re not a “car person.” Have the car checked out by a reliable mechanic. Check maintenance records. Look at the floor underneath for signs of leaks.

So, what’s the worst piece of financial advice you’ve ever received?

The 2018 edition of Chautauqua is now completely sold out. If you’re interested: