What would you do if you knew you had a year to live?

I’ve been wanting to create a bucket list for a while, but haven’t had time. With my impending departure from traditional work, I’ve been thinking about it lately.

Mountain cabin (and FI Town?): I’d love to build a cabin in the mountains near my primary home (maybe Nederland?). I’d build it with my own hands and make it hyper efficient. I would model it after MMM’s home (lots of south facing windows to capture passive heat in the winter):

Anyway, I’d spend time in Future Cabin writing, making and hanging out with family and friends. When not there, Future Cabin will earn its keep as an Airbnb rental.

I’ve mentioned the idea to some others who are also interested. Maybe we’ll get a couple acres, subdivide and build 4 or 5 cabins. I’ll call it FI Town! FI Town will have open space and common buildings for making, meeting and microbrewing. The water tower would have a smiley face, rainbow and middle finger (FU Money salute).

I acknowledge that FI Town is mostly insane and will probably never happen, but I can dream…

Bike up to Allenspark: Allenspark is a town near me in the mountains. The ride up is 30 miles with 3600 feet of elevation gain. Biking there was a goal of mine when I first moved to Boulder County in 2013, but then floods washed out the road. The road is back and I’m not getting any younger, so it’s time to put this one in the bag.

Write a book: I’m working on two. One is related to financial independence and the other is a series of fictional short stories. I know that I can pull off the first. I have no idea about the second, but I’ll never know unless I try.

Live on the water again: In our old lives, we had a fancy-pants home right on a lake. While I didn’t like the property taxes, I loved the water, the waves and the sunsets. I’d love to live near water again.

Autonomous, electric cars eliminate human drivers: I was driving on a country highway back in December near Windsor Colorado. My children and one of their friends were along for the ride. To my extreme horror, an oncoming Chevy Suburban (land yacht) creeped over the center line, into my lane. I took evasive maneuvers and missed him, but I would have been dead if there had been a collision. On Saturday, the same thing happened, but on a lower speed, local road. Humans are more distracted than ever and traffic deaths are on the rise. Robots are better drivers. It’s time to take humans out of the driver’s seat.

Autonomous, electric aircraft: How awesome would it be to pull up the Uber app and have an electric jet fly you to the city? One hour of traffic misery is now replaced by twelve minutes of flight. This one sounds like the Jetsons, but it’s coming. Dubai is starting an air taxi service this year. 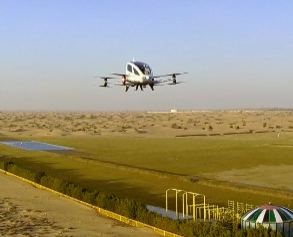 Move past traditional work: Retail is dying all around us. Sears, Macy’s, JC Penney and your local mall are all struggling. The reason is Amazon. More specifically, the reason is the 45,000 robots that work for cheap at Amazon’s fulfillment centers. And robots just don’t just work at Amazon and car factories:

Jobs for humans are going away. Forever. And if you think that your job is safe, you’re deluding yourself.

The right course of action isn’t to resist robots and artificial intelligence, but to embrace technology and remake society. Universal basic income may be the answer.

It will take brave, innovative thinking to sort it all out. I hope our political leadership is up to the task. I have a lot more to say about this, but I’ll save it for a future post.

What’s on Your Bucketlist?

I didn’t mean to blab on for so long. I also hope that I didn’t scare you with my robot talk!