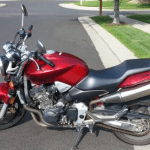 Hi there, Mrs. 1500 today, asking how you balance work and life, but first, I let Mr. 1500 take over to recap last week’s question, where he asked you if he should buy a motorcycle. I didn’t share this with you, but I am all for it. He has had a license and bike since he was 18. He loves riding, and spends almost no money on himself. No, he doesn’t NEED it, but he has saved up enough money that he can retire (something I am also all for) so taking $3,500 out of the bank to buy this wouldn’t ruin us. Anyway, here he is…

Last week, I asked you whether I should buy a motorcycle. I’ve always enjoyed them and one popped up on Craigslist that was exactly what I wanted and in great condition. I was very tempted. Before I tell you what I did, I’ll share my favorite comments:

Even Steven knows me too well:

Oh I think you are ridiculous. I mean you have dinosaurs that you carry around with you. You have plans to put in a zip line for your daughters in a tree fort. You have declared war against your wife over the thermostat. Should I go on?

Think of all the cool places frugalsaurus could go on a motor bike!

Kate knows Frugalsaurus very well because he indeed, loves to ride. Check out his sweet BMW with boxer engine*: 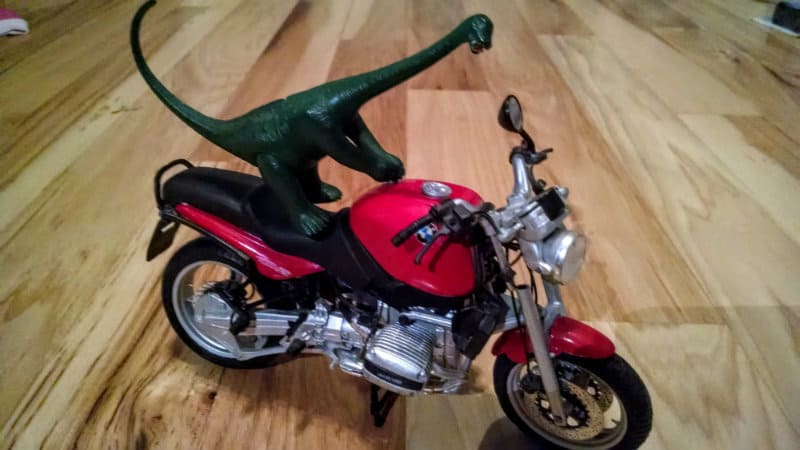 Spendosaurus also loves to ride, but he doesn’t have the means to afford a respectable machine: 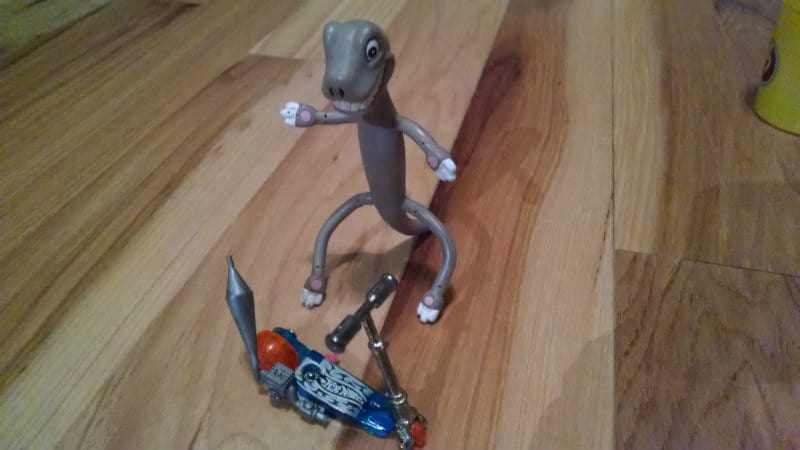 Mrs. Slowly Sipping Coffee was encouraging, but also had this to say:

…if you don’t think you will have time to ride it around much now – I would hold off on the purchase until you have the time.

Many of you expressed concern about my well being and I appreciate that:

Income Surfer: Personally, I am too afraid of traffic and “checking out” early.

A Reader, who goes by the handle of Just a Thought: Personally, I think motorcycles are death traps….so I think you are crazy.

Bryan (Just One More Year): I know how much fun it can be to ride but cell phone users and texting aren’t making it any safer.

Christina (who writes some neat stuff): 1500 I have to agree with Just A Thought that I think motorcycles are pretty death-trappy.

Steve from Think Save Retire had this to say:

I get the feeling by the way that you wrote this post that you probably decided to buy the bike.

I let Steve know that it was quite the opposite. I had already talked myself out of buying the motorcycle and was looking for an excuse to buy it. He responded with:

For me personally, I tend to go with my first instinct. If I initially rejected the idea, I *usually* stick with the rejection unless clear and convincing evidence leads me to the opposite.

Finally, Reader Joseph B hit the nail on the head:

Given what you have written so far, I’d suggest you’re anticipating. Great to know what you want and why, but it’s not yet time. As you mention, it’s counter to keeping simple right now.

I passed on the bike for three reasons: 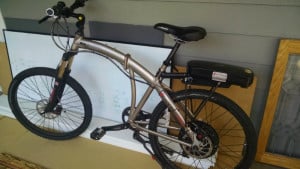 However, all fun is not lost. I have a compromise.

My neighbor let me borrow his electric bike and I’ve been rolling around town with it for the past couple weeks. It’s a blast! Last week, when I was farting around town, I found myself trying to thumb a non-existent turn-signal. I thought I was back on a real motorcycle.

However, an off-the-shelf eBike is too expensive and also boring. If you’re willing to put in just an hour or two, you can build a superior machine for much cheaper.

I secured a donor bike off of Craigslist** just a couple hours ago. I’m going to add a Bafang, 750 watt mid-drive motor to this thing***. All of this will set me back about… wait for it now… $1500 (I love that number)! 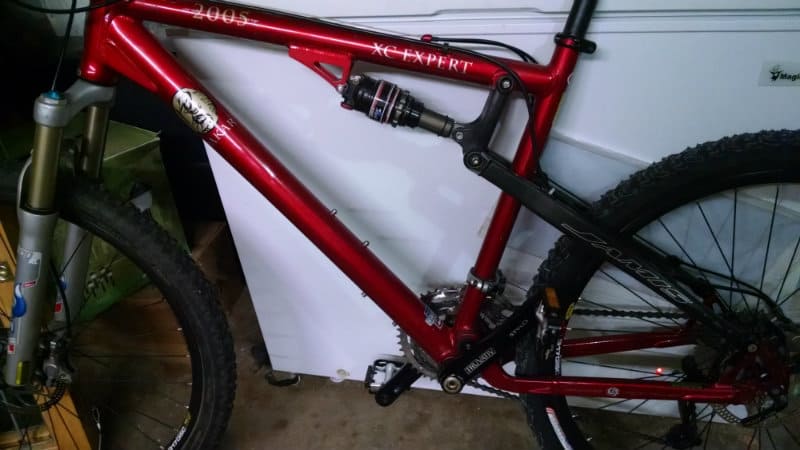 The electric bike will be better than the gas counterpart and consistent with my future plans:

And now, on to this week’s question: How do you balance work and home?

I used to have a job. Before I had kids, I had worked continuously since age 14. I last worked in January, 2007. I always wanted to be a stay at home mom, and do not regret my decision to “put my career on hold” to raise my kids. I didn’t have a career before the kids, I had a job. I didn’t like my boss very much, so it wasn’t a hardship to give up.

Fast forward 8 years and my youngest is starting school in the fall. (This was back in May.) I need something to do with my time while the girls are in school, but I didn’t know what I wanted to do. Then, out of nowhere, the perfect job opened up. I almost didn’t apply, because it was starting before the girls went into school.

I applied and got the job. They were very generous – we worked out a modified schedule for the summer, and I am working full time again. But now, I have two fairly young kids who have always had their mom there to do everything for/with them.

The first few months were hard. They’re at school for 7 hours a day. But I am expected to put in 8 hours a day. Plus I go into the office two days a week, which is an hour and fifteen minutes each way. Not a bad commute for the week, and I actually enjoy listening to my own music, which may have an errant cuss word and adult themes. (Oh, so proud the moment I heard my 4 year old sing “with a bottle of Jack.”)

I revere those glorious 4-5 hours a week that I don’t have to listen to Stewie the Duck singing about water safety, or any of those Sandra Boynton songs that were once cute, but have long lost their appeal.

But then I get home, and there is a mountain of laundry and dishes. The girls need to be played with, dinner needs to be cooked, the house needs picked up, and the toilet needs scrubbed.

I thought it was so hard when the oldest child was just a baby. Figuring out motherhood was tough. I would wake up, and all of a sudden it was noon and I hadn’t brushed my teeth. Or it was 5:00PM and I was still in yesterday’s pajamas.

I have to hand it to all the working moms out there, who work full-time and mom full-time, for the whole time. It’s a whole lot easier when I can say go get dressed, and they just do it. I can’t imagine trying to get a child dressed and feed them, all while I am trying to get ready, too.

So how do YOU do it? How do you keep your sanity while working a full time job and keeping the house in relative order?

**I always have deep hesitation about buying a bike from Craigslist because stolen ones frequently show up there. If you do the same, please take every measure you can to be sure the bike wasn’t stolen. Ask for receipts and details. Check the bike’s serial number here. There should be a special circle of hell just for bike thieves. (Mrs. 1500 note: I had a bike stolen from me. I watched the thief ride off on it. I was hoping he would get hit by a Mack truck right in front of me… No such luck.)

***By no means am I an eBike expert. My research so far is limited to a couple hours of Google searches. I’d love to hear any and all suggestions.

****I like to go fast, but I’m also conservative and safe. I’ve had one car accident in my 25 years of driving and it wasn’t my fault. I have absolutely zero interest in a visit to the emergency room or sending anyone else there. Fellow bicyclers and motorcyclists, be on alert. It was bad enough before smart phones. Now, it’s even worse.