Mrs. 1500 is back today. The bad news is that she’s planning on making fun of me. Sigh. What did I do to deserve the humiliation, especially here in public? I’m a consistent provider, a good father and an excellent sock folder/organizer. Really, you should see my sock drawer. It’s a site to behold. 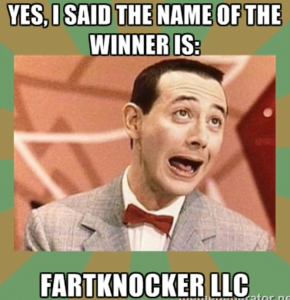 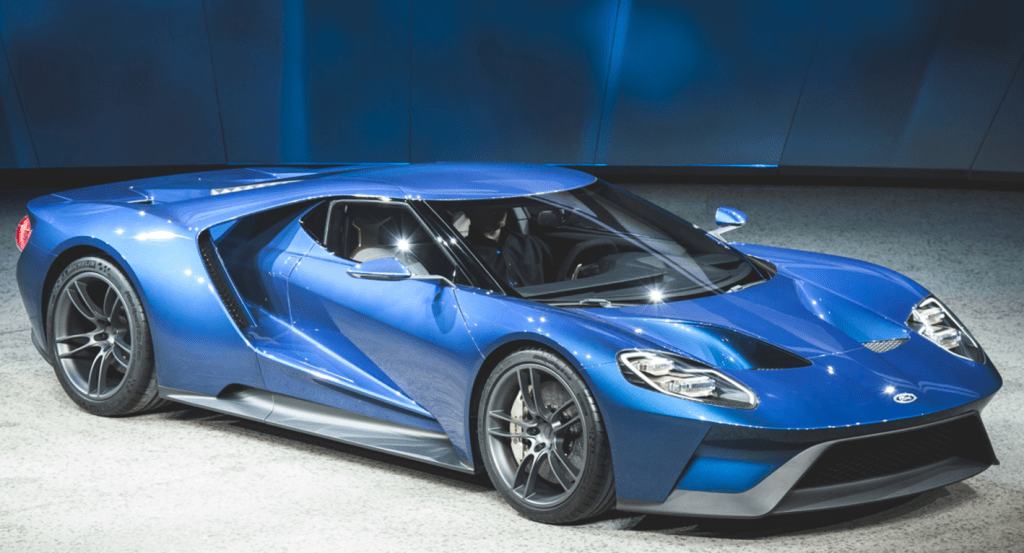 Here is what you had to say:

I think I’d focus most of the money on social businesses. I like the idea of being a social venture capitalist, where you loan money or invest in startups who make max profits in order to accomplish a bigger mission, like reducing poverty, providing affordable housing, boosting public health, educating more people, protecting the environment, etc. It’d be like the Shark Tank with a heart. My hero in this space is Muhammad Yunnus, who won a a nobel prize for microlending in Bangledesh.

Matt at the Resume Gap has an interesting point that I think would be the worst part. I don’t want my life to change at all (except for that Ford GT), but I’d worry about relationships changing (this is why I’m mostly anonymous by the way).

Even if you weren’t revealed immediately in the press, could you lie to your friends and family? Once they figure it out, it would change the dynamic of every single relationship in your life. We have so many good things in our lives right now; why mess that up?

Mr. Tako with a reality check. I have several friends, well never mind…:

Wow, nobody said they’d spend it on hookers and blow!

Reader, Just a Thought, would help beautify the state of Wisconsin (I do know what you’re talking about). I’m more interested to see what exactly he would spend the rest of the money on to calm himself down. That money could buy a lot of, shall we say, mind/mood altering substances :

When driving through places like northern WI, (I use WI as an example because I know you know what I am talking about) and I see dilapidated house, I would use a shell company to buy it for a pittance and demolish it. I would then put the land in a trust. They are a blight on the landscape and the owners/township should be embarrassed.

But if I won and did cash it, a new toaster would be nice.

Mrs. 1500 Disclaimer: I love Mr. 1500. I cannot imagine my life without him. This post, however, may lead you to believe otherwise. Nothing could be further from the truth. Although, just because I love him doesn’t mean some of his little quirks don’t drive me bat-shit crazy… Sigh.

Today’s Ask the Readers was inspired by Mr. 1500’s shoes: 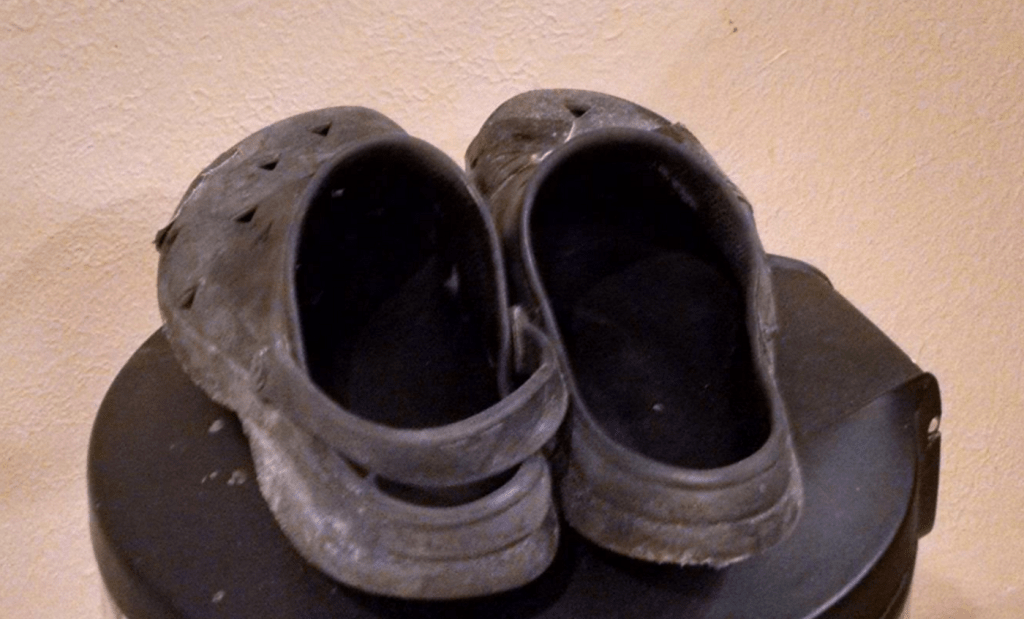 OK, so in that picture, they look innocent. (No, I’m not upset that they’re Crocs.) But check out this picture: 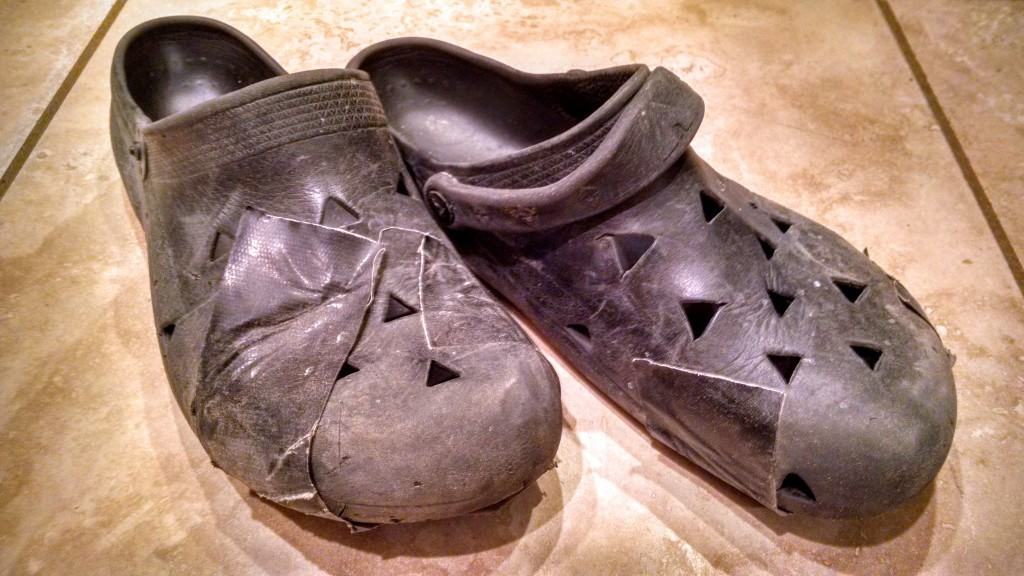 I’m sure the issue is much more clear. I’m certain you can see where this is going. I bet I could stop writing this right now, and the comments would be firmly in one camp.

Mr. 1500 has had these shoes for a very long time. A VERY long time. I remember that I bought them for him at Target, and they weren’t very expensive. They aren’t real Crocs.

If you have followed this blog for any length of time, we were in the Double Comma Club. (Thanks, China!) We can afford to replace these shoes, but we don’t have to. I have a pair of fake Crocs, too. I bought them when pregnant with my first child, and my feet swelled to the size of Robert Wadlow’s. They no longer fit me, but they do fit him.

Like I said, I love Mr. 1500, but I wish he would stop being cheap. Most of the time he is frugal, but frequently his frugality turns the corner, and steps into the cheap neighborhood. But these shoes take the cake. What comes after cheap?

So is Mr. 1500 being frugal by taping up the bottoms of his very old fake crocs, or is he just being cheap?

Mr. 1500 note: Yeah yeah, I know that Crocs are ugly enough without the tape. These particular ones should have been sent on their way about 2 years ago. However, they’re just too damn convenient. Allow me to explain:

We’ve been working on the house extra hard lately, trying to get the bastard done once and for all. We have no basement, so all of the messy cutting is down outside on the driveway. I end up going in and out about 1,000 times over the course of a weekend. If I had to deal with real shoes, my work would take me infinitely longer. With those nasty fake-Crocs, I don’t even have to bend over.

Alas, the tape isn’t a good solution as it doesn’t stick. Anyone have a spare pair of Crocs*?

*Crocs trivia! The Crocs world headquarters happens to be really close to us! Maybe I could get this fine company to sponsor the house remodel or blog (1500 Crocs?) or Mrs. 1500’s oversized feet?

Crocs people, if you happen to be reading this, remember it was Mrs. 1500 that purchased the faux version of your lovely and beautiful shoes that are perfect for any occasion. I would only ever buy the official Crocs, which I’m sure are made of much higher quality materials and would be hole-free to this day.