I still hold a lot of individual stocks from my days as a stock picker:

At this year’s Berkshire Hathaway meeting, my investing worlds collided. Before I get into that, let’s review the weekend.

The Berkshire Hathaway annual meeting is commonly referred to as the Woodstock of Capitalism. Investors come from all over the world to hear Warren Buffett and Charlie Munger speak. I think that this was the 5th meeting that I’ve attended in person. After a while, they start to blend together.

Mrs. 1500 and I road tripped from Colorado with a couple of friends. Plane flights are expensive and with 4 people going, 3 tanks of fuel are much cheaper than 4 plane tickets.

One of my favorite things to do in strange environments is wander around aimlessly and see what I see. I did just that in Omaha. Here, I spotted metal cattle at Pioneer Courage Park: 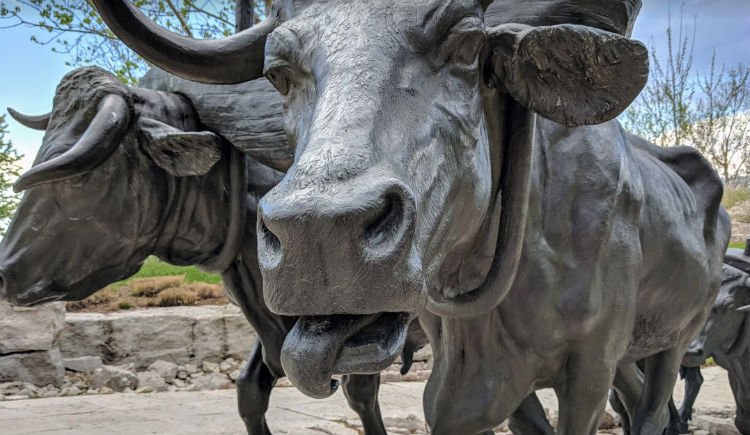 Omaha has a neat park on the Missouri River (Come on now; I can’t be good at everything!): 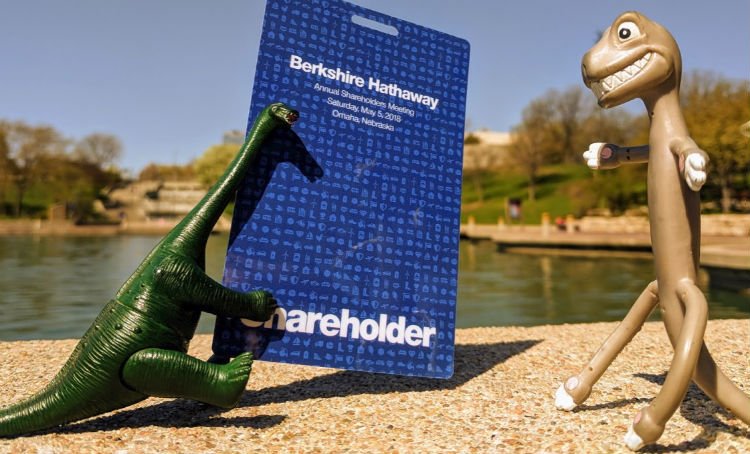 This is a pedestrian bridge that connects Nebraska to Iowa: 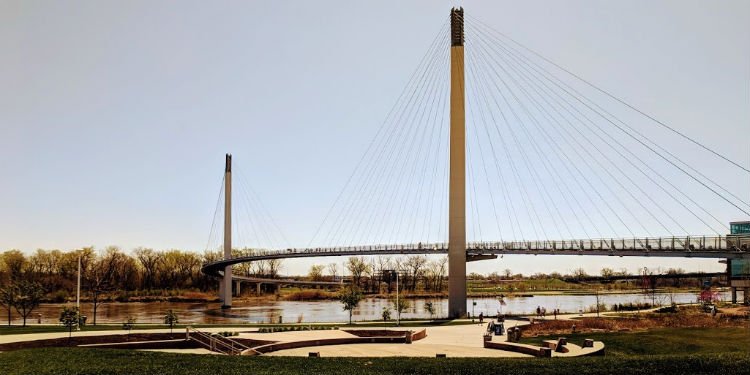 At noon, the Berkshire exhibition hall opened. When no one was looking, I temporarily modified the train exhibit:

After the exhibition hall, I met Morgan Housel. Morgan was the first financial journalist whose words really resonated with me. I’ve been following him for years and it was fun to talk to him in person, even if it was brief. Here’s a pic of Morgan and Mr. Money Mustache getting their staches on:

Met @mrmoneymustache. This is the fullest stache I will ever have. pic.twitter.com/kMSsJwPzeW

That evening, Mrs. 1500 and I met the Penny Planters for dinner and drinks. Since the Copper Gardeners are anonymous, you get this picture of the Omaha sky from the brewery patio:

Saturday is the big meeting day. I lined up a little before 6am:

Before the meeting started, I went down to the exhibition hall again. Hey look, Warren Buffett: 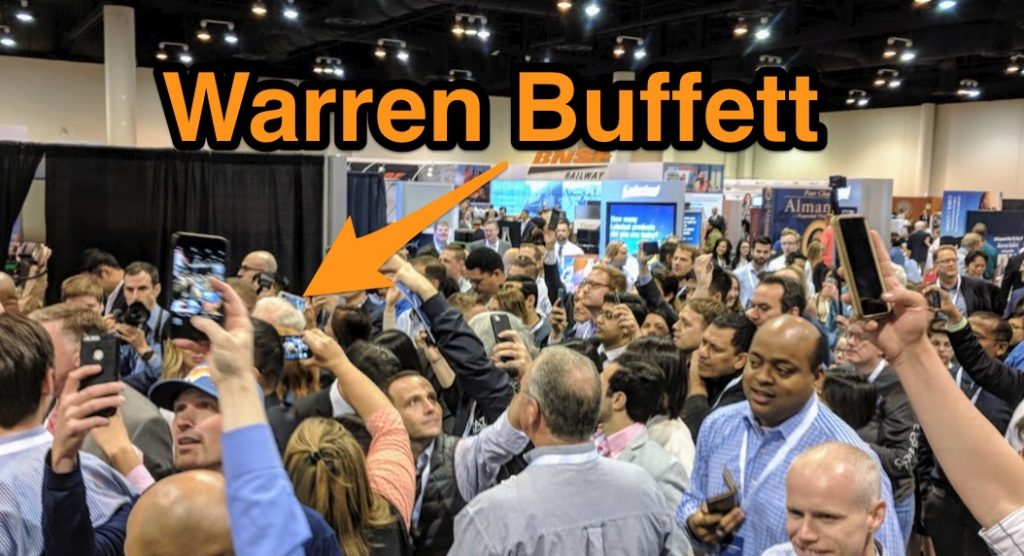 I sat with the Frugal Professor and had a lot of fun talking to him. He’s anonymous, but allowed me to take this gratuitous picture of his knee: 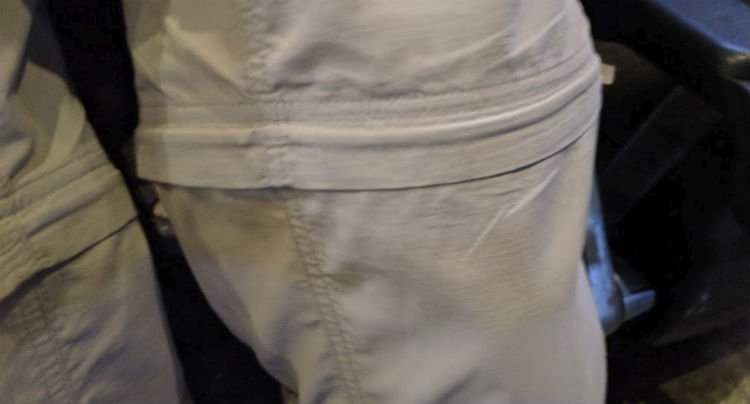 More on that in a moment.

This may have been my favorite day. I had signed up for the Berkshire 5K, but wasn’t thrilled about it (running is the opposite of fun). I had run a half-marathon a month ago and was still feeling pain in my foot from it. Additionally, the HVAC in our hotel room had gone bonkers (too hot) which led to a night of zero sleep. Anyway, at the 2016 Berkshire meeting, I ran (trudged through) the 5k in:

This time around, I knew I had done better. I was still surprised when I learned my time:

I was absolutely thrilled to improve by 4:30.

Buffett and Munger like companies with big moats. Investopedia describes a moat as:

The term economic moat, popularized by Warren Buffett, refers to a business’ ability to maintain competitive advantages over its competitors in order to protect its long-term profits and market share from competing firms. Just like a medieval castle, the moat serves to protect those inside the fortress and their riches from outsiders.

One of the companies with the biggest moats, or so I thought, was Berkshire Hathaway’s Burlington North Santa Fe (BNSF) railroad:

If you had asked me 2 years ago about moats, I would have told you that BNSF had one of the widest ones in the world. You have to be incredibly rich to start a railroad. No one is going to do it.

And then, Buffett said this at this year’s meeting:

I would say that driverless trucks are a lot more of a threat than an opportunity to Burlington Northern.

Consider the potential of an electric, autonomous semi truck:

It amazes me that a company that I thought was bulletproof just 2 years ago now faces a major challenge (and possible extinction). And this is just one example. Here are some others:

The world is changing and changing fast. Today’s empire is tomorrow’s exhibit in the Smithsonian.

How does one invest in such an environment? Here it is in big letters for emphasis:

With an index fund, you’ll be holding mostly losers. It doesn’t matter because the winners more than make up for it.

In the meantime, I’ve already secured a place to stay for the Berkshire 2019 meeting. See you in Omaha?