FinCon is a money nerd conference. It used to be just for media creators, but now, many fans of the community also attend. While I’m still not quite recovered from the conference, I’m publishing a post before the already blurry memories escape my head.

When I think of FinCon 2018, I think of pink flamingos. Because, well: They. Were. EVERYWHERE.

Here is Even Steven Money modeling the latest in Flamingowear: 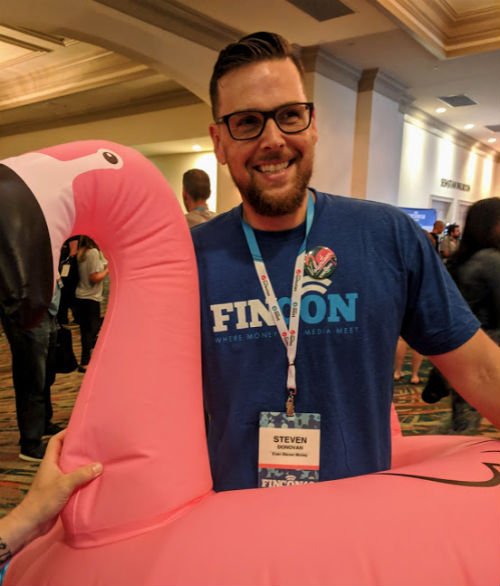 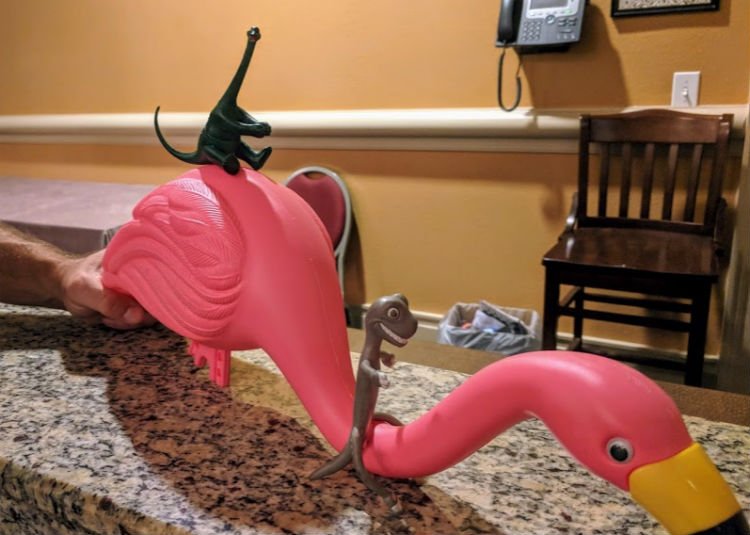 Is that a flamingo or are you happy to see me?

The giant inflatable flamingo survived a weekend of partying and a groping by the Saving Sherpa: 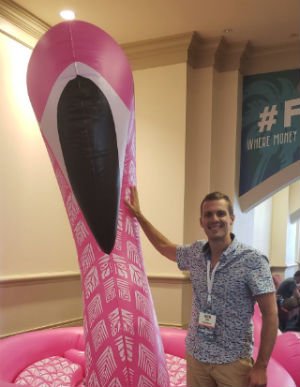 This conversation happened about 3,498,587 times over the course of the conference:

Amazingly, no one was injured getting into or out of the inflatable avian. In a move of deft dexterity, Michael (the Wolverine looking dude in the photo above) executed a back roll to get out. Why didn’t I capture it on video?

…one of the highlights of the conference was participating in a panel with Jillian Johnsrud, the Physician on FIRE, J.D. Roth and Mr. Money Mustache. The last two were the ones who inspired me to pursue FIRE in the first place, so it was slightly surreal sharing a stage with them. Sometimes, life has a funny way of coming full-circle in fun and interesting ways. 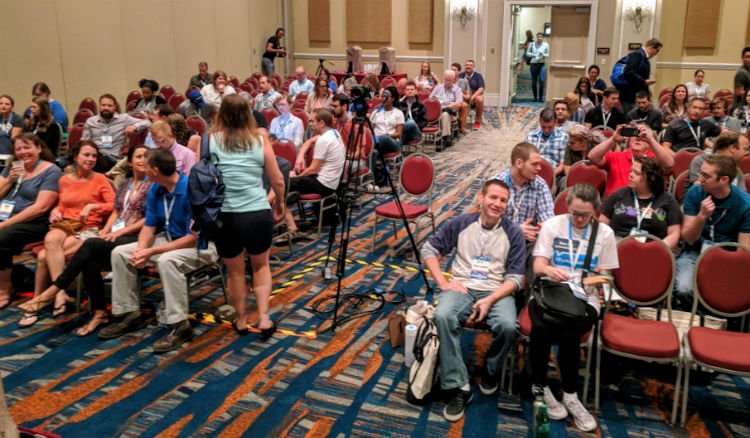 Causing minor mischief is something that I excel at. Some don’t know that even if a phone is locked, it’s still possible to access the camera. I use this knowledge to exploit unattended phones including Mrs. Waffle’s:

And French TV, You’ve Been Dinosaured Too

My secret blog goal is to get Frugalsaurus and Spendosaurus on big media sites. When someone wants to photograph or film me, I discretely work the dinosaurs in. Here they are on Farnoosh Torabi: 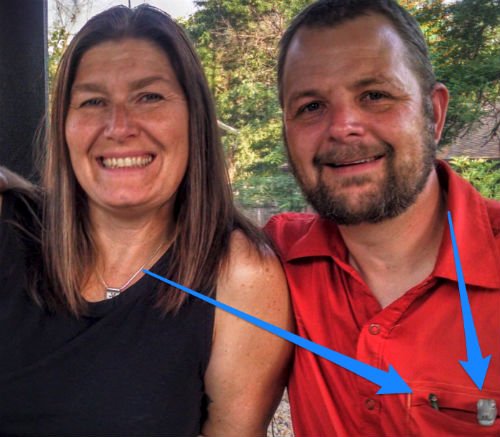 A big opportunity for mischief presented itself at FinCon when a TV crew from France filmed us. At first, nothing looks out of place: 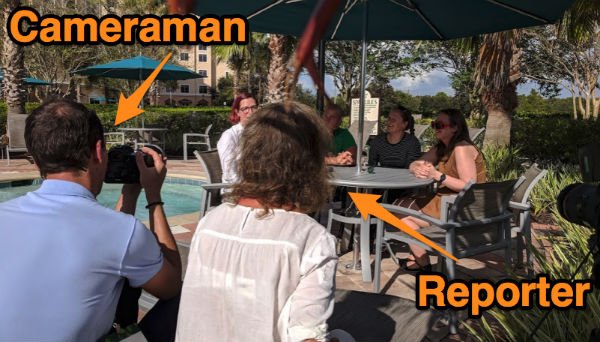 Zoom in a little closer and BOOM! DINOSAURS!

Life is more fun when you just don’t care.

People are what makes these conferences fun and FinCon wasn’t a let-down. 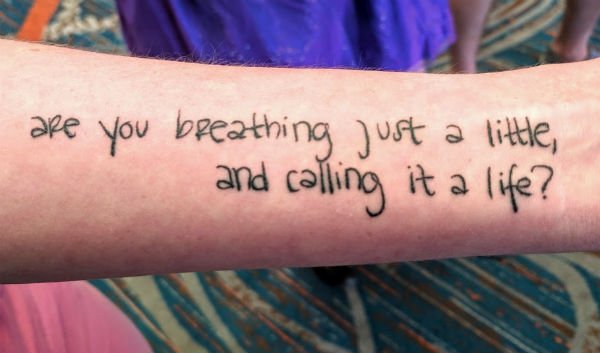 I loved the shirts that Accidental FIRE creates:

One of the curious things about this year’s FinCon was all of the non-bloggers who attended. I had incredible fun meeting loads of people from all over the world who had no media presence. They just wanted to hang out. I made lots of new friends and I’m thankful for them.

FinCon 2019 is in Washington DC. In the meantime, I still need to catch up on sleep from this one.