The trouble all happened on September 23rd. I was in the crawlspace installing a pressure regulator in my water supply line. I had a tube of plumbing crap that I tried to open like this: 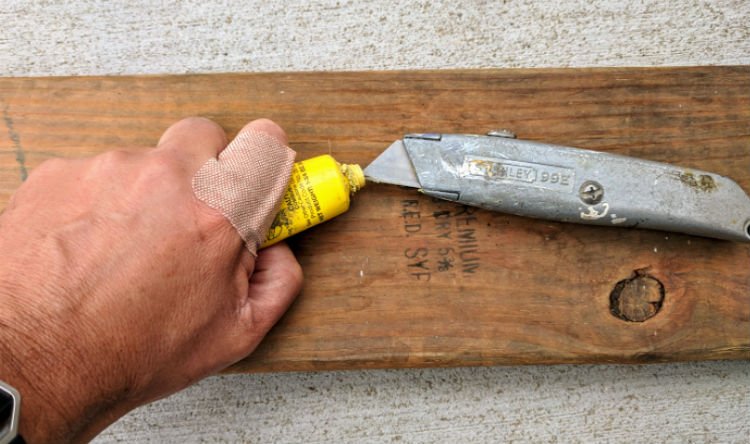 This was a suboptimal idea. And by suboptimal, I mean very, very bad. The knife slipped and plunged into my hand. My flesh spewed blood while my mouth spewed very naughty words. 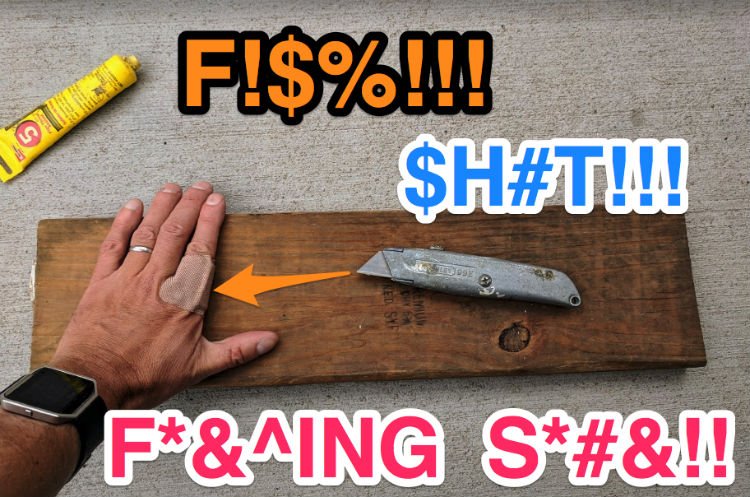 And the worst part was that half my finger had no feeling. Had I severed a nerve?

Laying It Bare In Urgent Care

I wanted to put a band-aid on the wound and finish the f***ing plumbing job (clearly another suboptimal idea), but Mrs. 1500 insisted on a trip to urgent care. Judging by the blood that was everywhere, this was the correct course of action. Off we went.

We got to the treatment room and the nurse entered when I decided to have a little fun::

The nurse’s face turned instantly dour, so I quickly told her I was kidding. Mrs. 1500 glared.

The nurse cleaned the cut, put some glue stuff in it. After that, she stuck me with a tetanus shot and a $75 bill.

As I write this almost two weeks later, my finger is still partially numb. The nurse told me that the feeling could take weeks to come back, but there is a chance it won’t. At least I’ll have an excuse now for my crappy writing…

There is never a good time to plunge a razor into your hand. However, if I had to pick a time to do it, this was it. With FinCon at the end of September and a trip to Greece in October, I knew my strength training would take a hit. Now I had an excuse not to do it.

However, I couldn’t just let my fitness go. What was I going to do?

I decided to pivot to calories. While lifting weights, I had been eating more. Now that I couldn’t lift, I’d revert to a time-restricted eating diet. This means that I’d eat whatever I wanted, but only between the hours of 10am and 6pm. This worked for me in the past and holy hell, it worked for me now:

At conferences, there is no shortage of junk to eat and drink. FinCon did not disappoint:

On most days, I’m hungry in the mornings. But, I push through it and end up eating two meals a day. It works.

At conferences, you do a lot of walking. However, when you walk 8 miles per day in the course of your normal life, you actually end up walking less at events like FinCon. So, my steps took a bit of a hit.

In 2018, I’ve now walked 5,031,438 steps for an average of 18,230 per day. This is down from my last fitness update when I was on pace to walk 18,305. With Chautauqua coming up, I expect that this number will decrease further before rebounding at the end of the month.