The following post is by ESI from ESI Money, a blog about achieving financial independence through earning, saving, and investing (ESI). It’s written by an early 50s retiree who achieved financial independence, shares what’s worked for him, and details how others can implement those successes in their lives. Take it away ESI!

Let’s start out with the obvious: I LOVE early retirement!!!

I retired a year ago and haven’t looked back. My life is full of both expected and unexpected joys.

My only mistake was that I waited too long after reaching financial independence to retire.

That said, there are some things I miss about working. I had a 28-year career in business and much of it was rewarding — I certainly didn’t spend almost three decades hating every minute of my existence. I liked my career for the most part (I just like not working better). It’s similar to the fact that I like peanut butter cookies, but I like chocolate chip cookies better. 😉

Today I’ll share the five things I miss most about work. I hope this will encourage those of you still working that employment isn’t a complete disaster.

I have to put compensation at the top because it’s what I miss the most.

High salaries, bonuses, benefits galore, special perks, and on and on. What’s not to love?

Over 28 years I averaged 8% annual pay increases and built my income to a high level. In addition, I was about to hit my highest-earning decade (my 50’s) when I quit early, leaving somewhere around $2 million on the table (not counting what I could have earned in my 60’s.)

I’m not sorry I quit, but it’s kinda a big amount, especially when it’s typed out right in front of my face.

Of course I miss the people too — specifically some close friendships I formed.

There’s something about going through the battle of business challenges that forges close relationships. Even the often mind-numbing day-to-day routine and collective groaning at stupid things like company bureaucracy develops the bonds of brotherhood.

And, of course, there’s the camaraderie of working on a team to hit a goal that simply makes you like the people on the team.

For me, I had a special affection for my subordinates. Many were young and wide-eyed. I saw it as my responsibility to help grow and nurture them so they were successful in their careers. When they got promoted I was as proud as if my own kids were recognized.

All of these factors worked to develop some great friendships.

And yes, I realize that if this post was “The Five Things I Don’t Miss About Work” that “people” would be listed there as well because people can be pains.

Sure, there are always jerks, but mostly it was good and I miss the friendships.

There’s something in me that’s always been a learner. 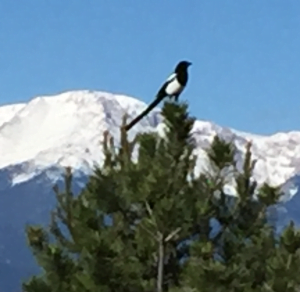 I love to read, listen to podcasts, take in audio books — basically any form of learning is good for me.

While working, you experience a whole different type of learning and resulting growth that can’t be obtained out of a book. It’s a practical growth that’s learned by doing and experiencing and not hearing or reading.

It’s often coming up against something that you have no idea how to solve. Then working both individually and with others to create new solutions. It’s awesome to learn this way and, of course, so rewarding when you do it and have success.

I am getting some of that with the projects I’m working on, but it’s not at the “professional” level so it’s just not the same.

Of course the stress is not the same either, so maybe it’s a wash. 😉

You may have guessed that I’m sort of a goal-oriented person.

That’s one of the things I like about business — there are goals. Everyone knows what they are and is working together to accomplish them.

They are not vague. In fact, they are often spelled out clearly in black and white documents called “budgets”, “plans”, or “forecasts.”

It’s the challenge of working to hit these goals that makes me love business so much. I compare it to playing a game. And in the game of business you “win” by beating your goals.

Once a month you get a progress report (monthly financial reports) which tells how you are doing and provides instant feedback.

When things were great and you were winning, those were some of the highest highs. Of course if the news is bad, that can be a bummer. But it can also motivate you to take action and become better (which involves both a challenge and learning).

Yes, I miss the challenge and the game of business. Monopoly is great, but it just can’t compare.

I was going to say “power” but I didn’t want to come across as a jerk.

Then again, I just said “power.”

Especially at the highest levels of a company (I worked my way up to be president of a $100 million company) the influence/power can be intoxicating.

People do what you say. Whatever you say. Of course you seek feedback and input to get to the best decision, but you make the final decision. And what you say goes.

I must admit, that’s a lot of fun.

Of course it’s hard to switch off when you leave each day and wonder why everyone at home isn’t bowing down to you like they do at work. 🙂

Even more, the influence I had in many positions helped me do a lot of good. Because I was at high levels in business, I knew others who were as well. I often recruited these people to work with me on non-profit committees. I also asked them for donations to help those less fortunate. So the influence was great in these areas as well.

Now if I’m lucky I might be able to influence the waitress at Cracker Barrel to give me some extra maple syrup. It’s just not the same.

So work isn’t the all-hated entity that many make it out to be. It’s not our arch-enemy: the Joker to our Batman, the Lex Luthor to our Superman, the Patriots to our Broncos. (Sorry, couldn’t help that last one.) There are some really positive and redeeming features about work. Of course, maybe it’s just easier for me to say that since I’m not working.

But I don’t think so. There are many good things about work and I do miss them. The five above are starters but I’m sure there are more I haven’t considered.

Of course I don’t miss them so much that I ever want to go back. 🙂

Now’s your turn. Help me out a bit with my list. What do you like most about work?

Thanks ESI! To learn more about him get his free ebook Three Steps to Financial Independence.