It’s official. I’m done with formal work*. So long and good-night job. It was very nice to know you, but I’m happy that our paths now diverge.

I started writing this post on January 10th. I was at the library where I enjoy doing creative work. I went to my regular spot and this was sitting on a table: 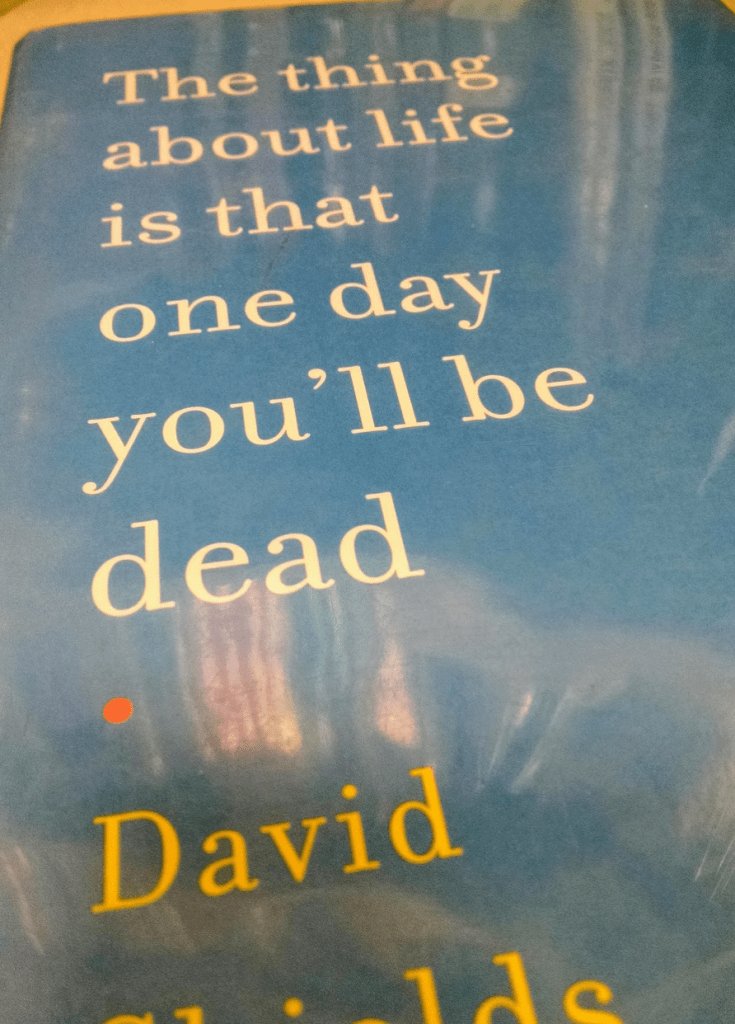 I figured The Universe was sending me a message.

But we need to back up a little further. This story actually began on a Tuesday last December. I couldn’t share it in real time because I had no idea who was watching. Please step into the Wayback machine with me…

I normally work from home, but today I was at my old work office in Chicago. I was there for a team gathering. Early in the afternoon, I rebooted my computer to install updates. When Windows came back online, my computer was barely usable. Nothing worked. I called the help desk and the technician said that I’d have to send it in to have the operating system reinstalled. No worries, I was about to be on vacation and wasn’t scheduled to be back at work until 12/27. It was not to be.

Due to holiday schedules, my computer didn’t come back until 1/3. And when it arrived, it still didn’t work. The encryption software designed to keep data safe also prevented me from logging in. Between calls to the help desk, I started enjoying life.

My day would start with having breakfast with the the girls and seeing them off to school. I’d come home and answer blog comments and email. I’d usually spend at least an hour before lunch exercising. In the afternoon, I’d write code for a personal project, write words for this blog and read at the local library. I quickly fell into a nice routine.

My calls to the help desk persisted with no resolution. No one knew what the issue was and my support ticket kept getting passed around.

My computer came close to getting fixed and I was sad. I knew that as soon as Windows started cooperating, my free days were gone. 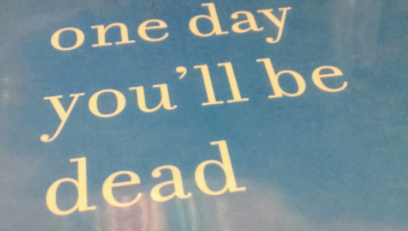 I picked up the girls and went to the library where I spotted that book. I realized one thing. I felt it deep down and was 100% sure of it. It was this:

It was time to move on.

I knew that I’d finally be able to do what I had been terrified of until now; leave my job.

I couldn’t just give my boss 2 weeks notice though. I had been there for 15 years and needed to give my team a smooth transition which would take longer. I also wanted to tell my boss in person. I knew that I’d be traveling to work in February, so I resolved to let him know then.

At the same time, it was painful to not write about all of this on the blog. But I couldn’t. My co-workers found out about my secret writer identity when my story showed up on Yahoo!. I didn’t want them to find out I was quitting from the blog.

I just got off the phone with my boss. I told him that I had to leave.

I wanted to do it in person, but my work trip kept getting postponed. I felt bad giving the news over the phone, but I couldn’t wait any longer. My boss was talking about sending me to training and I didn’t want him to pay for this.

Quitting wasn’t fun. It had nothing to do with him. He was absolutely wonderful about it. And that’s what made it worse. Although my job has been extremely stressful at times (by far, the most severe stress of my life), the people I worked with were fantastic. I felt like I was abandoning them.

The note went out to my work team. This is the one that said that I’m done. It was gracious and complimentary. I’m so thankful.

But it was final. I had passed through to the other side. The cat was out of the cube. No going back now.

The reactions from my co-workers were all over the place. One person thought I was moving on to a higher position. Someone else thought that I was going to different department. No one was negative. I feel silly for worrying about it so much.

And I have mixed emotions. Yes, I’m thrilled to be free to do whatever the hell I want very soon, but I have a little bit of melancholy going on too.

No more building servers. No more meetings to attend. No company holiday parties. No more deadlines. No chit-chat with my co-workers. No more lugging around multiple laptops every time I travel. No more big paychecks.

The way that I’ve lived my life since I took my first job in 1998 will suddenly be very, very different.

And some of this too:

I suppose the bad thoughts come from change. Humans don’t like it, so I’m fighting my lizard brain. I’ve always been one to embrace and even enjoy a new landscape, but this time, it feels different. I’m still trying to come to terms with it all.

Why did I quit at all then?

I don’t think it would have ever felt right to leave. Despite my mixed emotions, I believe that life on the other side will be better. I have some amazing things to look forward to:

I’ll be able to do so much that I never had time for before.

Still, that little Voice of Doubt in the back of my head sometimes asks me what the hell I think I’m doing. It asks why I think that I’m so special that I can quit a good job at 43. It asks what I’ll do if I fail.

I’m at the airport in Chicago now waiting for my flight home. I just left my work office for the last time. This week, I have some random loose ends to tie up and then I’m done.

I’ve become steadily happier since I told my boss that I’m leaving. My second guessing and self-doubt have been replaced with excitement and anticipation. I find myself correcting myself constantly including just a few moments ago when I was walking to my departure gate:

I’d like to reread Zen and the Art of Motorcycle Maintenance, but I just don’t have time.

And then I catch myself:

You do have time now! Or at least you will by the end of the week. Go to the library!

One thing I focused on immediately after quitting was downside; no more steady paycheck, no more big deposits into the investment account. No more pranking my coworkers. However, now I realize that there’s nothing but upside.

I’m not quitting work; I’ll just be spending time on projects that I’m passionate about. The primary effect of this will be greater happiness. Happiness is the main goal.

And while income isn’t a priority, it’s funny how the money flows in anyway when you’re following your passions. This blog made less than $1,000 the first 3 years. If I was measuring success by income, my amateur writing career was a stunning failure. Last year, between freelancing, affiliates and advertising income, I made about $30,000. This isn’t rockstar money, but when you can get by on $40,000, it’s huge. I’m on pace to do much better this year. With my newfound free time, it won’t be difficult to double last year’s income. I love you 4% Rule, but it’s nice to not have to worry about you anymore. Money isn’t and has never been my goal though.

Last week marked my final visit to the work office back in Illinois. This week, I tied up loose ends from my home office. I’m officially done.

I can see the Rocky Mountain range from my home office window. When I’d be on work calls, sometimes I’d gaze at their snowcaps. Gazing was all I could do though until quitting time.

Now that formal work is over, I look forward to restructuring my days. One example of this is exercise.

With a job, I had to wait until 4pm to to go outside and exercise. I don’t like heat or traffic, but I had to deal with both on bicycle rides. Now, I’ll take my bike ride at 9am after I drop the girls off at school. It will be cool and the traffic will be minimal.

I also look forward to:

I could think of a million other things, but I can see the mountains. I’m going to go outside now to have a better look at them from the park near my house.

*I hate the word retirement. I’m not quitting anything except for formal work where someone expects you to be somewhere to do something at a certain time. Gratifying work is the key to happiness, so I’ll continue to work. However, my measure of success is now happiness, not money.