I did it. I pulled the trigger on the Acura/Honda NSX that I recently threatened to buy. It wasn’t the silver one I looked at before (it had issues).

A friend pointed me to a black one that he found in Wisconsin. I bought it a couple weeks ago and drove it home over two days. It’s now resting in the garage.

$45,000 is a lot of money for a frugal* guy. This car cost more than every other car I’ve ever owned combined. It sounds insane. Hell, maybe it is insane. 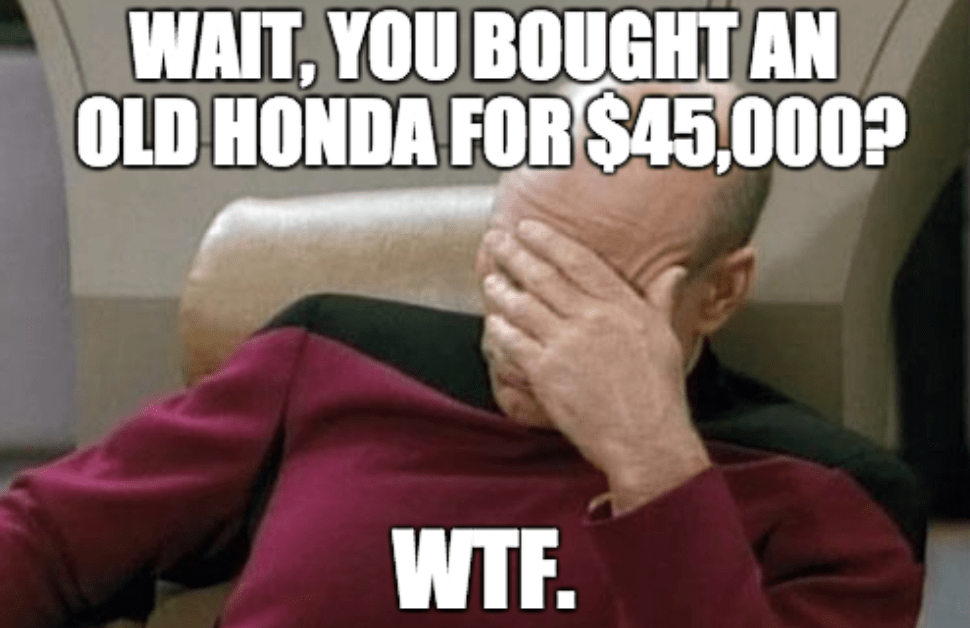 And I have a confession. This isn’t my first mid-engined, Japanese sports car. Way back around 2010, we were at a garage sale in rural Wisconsin when we spotted a Toyota MR2. We bought it for the lowly sum of $1,400 (most expensive garage sale purchase ever!). We had our fun with it and sold it a couple years later for about $3,100 on eBay: 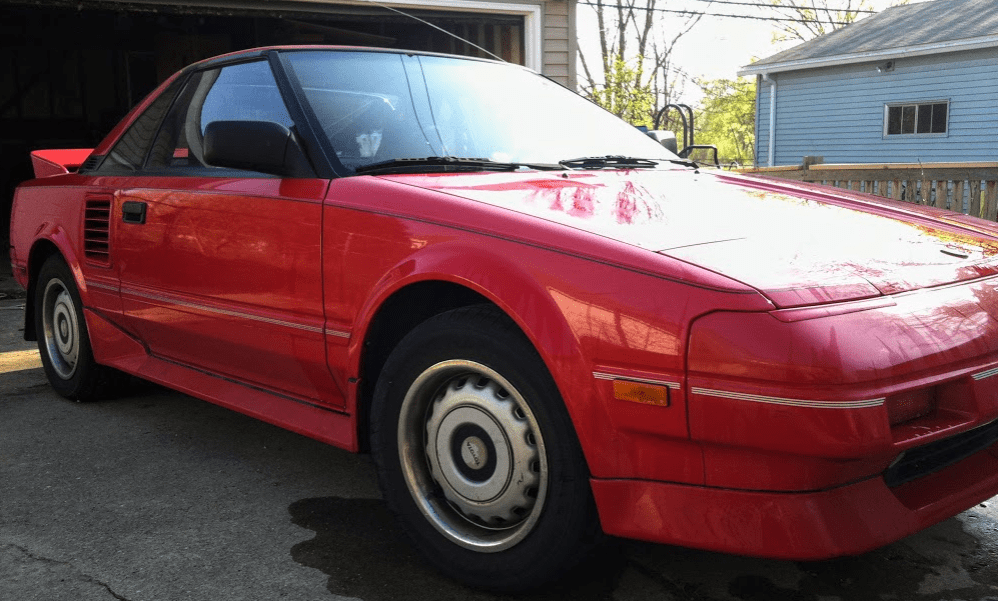 Driving this car has been mostly fun. Here are my observations after a couple weeks of ownership:

It is difficult to change in: When I picked up the car, it was cold. Two hours later, it was warm. I decided to change into shorts in the Costco parking lot:

I hadn’t packed enough underwear, so I was freeballing it. Changing in the car wasn’t easy. I had a few tense moments before I got my shorts on. I hit the gas and got out of there before members of the local law enforcement community showed up. 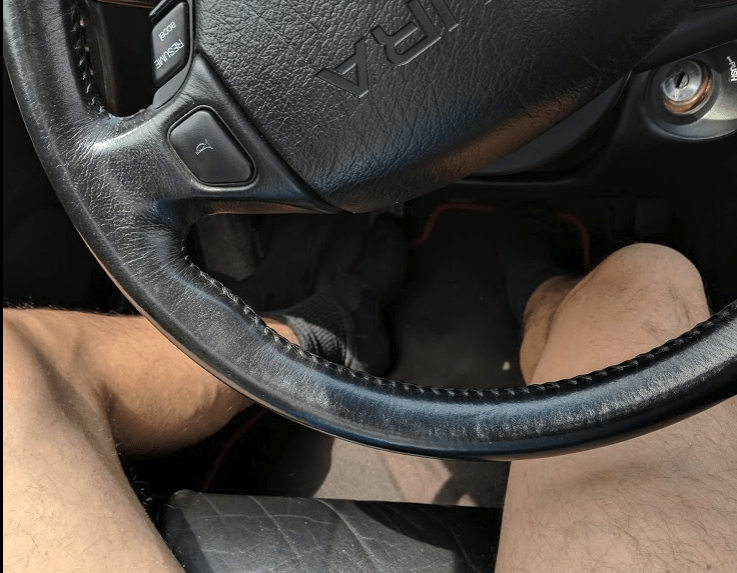 Quizzed at gas stations: The NSX is a unique and obscure car. There were a total of 9,000 sold in the United States and there are about 6,000 still around. Only car geeks know what it is, but others see that it is something exotic and ask questions.

Running over a pebble feels like hitting a cow: Sports cars have tight suspension.

Clowns in Honda Civics taunt you: You know those idiots who put a noisy exhaust on their Honda Civic? Those people have a misguided belief that the big exhaust gives their car superpowers (it doesn’t) and want to challenge you at stoplights.

Unwanted attention from law enforcement: I drove almost 1200 miles back to Colorado with no police interaction. Two blocks from my home (I can’t make this stuff up), a friendly member of the local police pulled me over. I had spotted him, so was on my best behavior and had no idea why he was pulling me over: 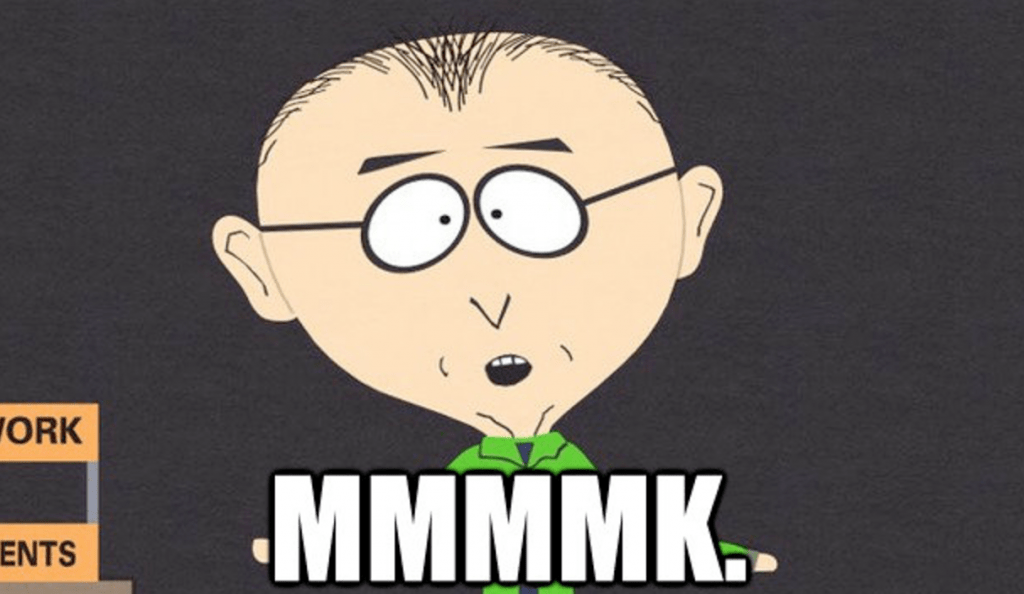 Dropping $45,000 on a silly car wasn’t something I decided to do on a whim. I’ve been thinking about the NSX for most of my life. Let’s take a ride in the Wayback Machine.

As a young child, my dad instilled a love of mechanical things in me, especially tractors and cars. We didn’t have a lot of money, so our garage was populated by junk from Detroit’s dark days including a Chevy Citation and Ford Maverick. These cars were the opposite of good and my dad spent many, many nights and weekends keeping these heaps running. Very, very bad words poured out of that garage for the whole neighborhood to hear.

Anyway, I always had a thing for supercars like the Lamborghini Countach and Ferrari Testarossa. Then along came the NSX. It was amazing:

I loved the car immediately. It was lightweight, simple, agile and came with Honda reliability. I didn’t set high expectations for myself, so never thought I’d have the means to buy such a ridiculous thing. Still, the NSX never left my mind. 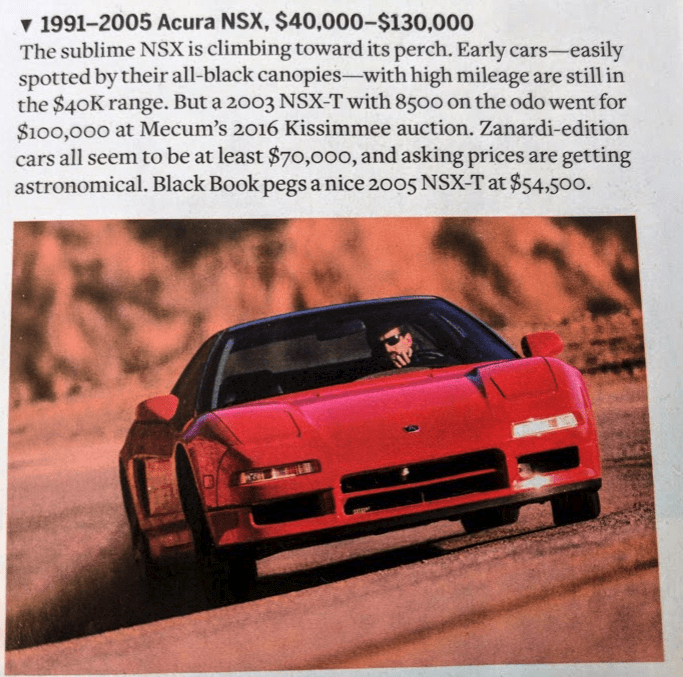 It was still difficult for me to pull the trigger. I won’t bore you with the details, but buying an NSX isn’t simple. There aren’t many around and some of the owners are strange people who are a pain in the ass to deal with (the guy who sold this one was a regular guy).

Bookend to Part of My Life 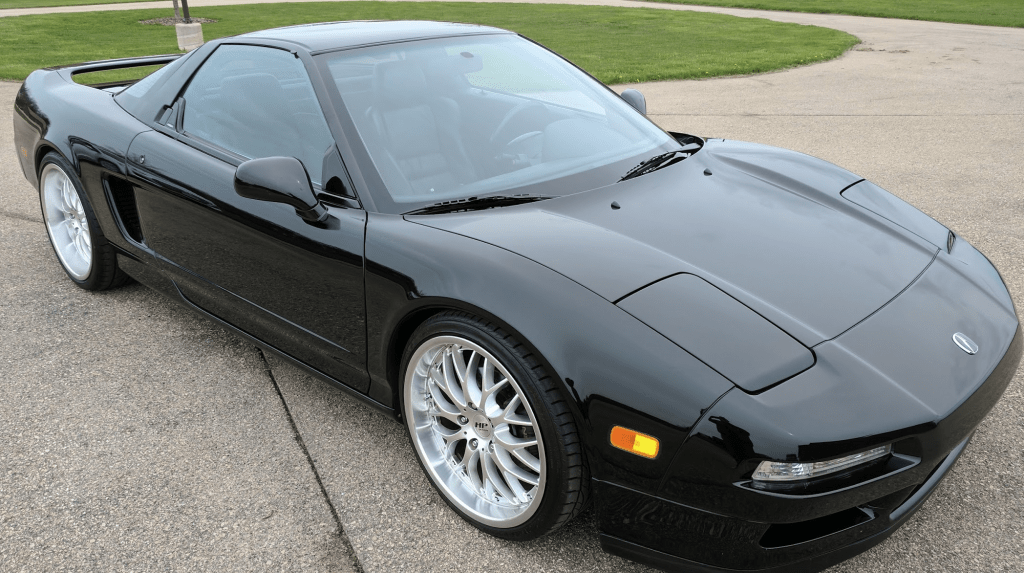 The car is significant for two reasons:

And finally, the NSX is really an experiment in happiness. Will owning it bring me joy or will it just be another thing that complicates my life? I have no idea. I’ll get back to you in a year with the verdict.

*Except for the silly Acura NSX toy. I’m naming the car Asterisk.