I usually post about gratitude on Friday, but I wanted you to see this one in time for the 4th of July holiday. You’ll know why when you read it. Thanks Friendly Russian for your excellent words. The ending made me all mushy inside. Take it away Stan!

It’s 5:15AM in the morning. My wife and two daughters are still sleeping; perfect time to write down something new.

First, I would like to thank you to Mr. 1500 for this great opportunity to write this Friday Gratitude post. When he told me that I was welcome to write it I got really excited and scared at the same time. But the challenge was accepted and there’s no way to turn back.

Hello, I my name is Stanislav, but you can call me Stan. I am a Russian immigrant and have been living in the States since June of 2013.

My story is really simple, I came to America with no English, no money or job. I quickly learned 15 words – all in Spanish and started reading about early retirement movement.

As far back as I remember, I always wanted to live in the United States. This country was a mysterious place for me and many other kids who were born in USSR and grew up in Russia.

The funniest and craziest thing is this: I’d never been there before I immigrated. I got all my impressions from Hollywood movies. Probably not the best source of information, but in the late 80s, that was all we had. And by the way, no Internet at that time, remember that?

The very first “real American” movie I saw was “Commando” with Arnold Schwarzenegger. It was a crazy time in our neighborhood. To dilute a mix of Soviet and Indian movies they had at our local movie theater, they got several Hollywood pictures.

All my friends wanted to be like Arnold from the movie. We took (read “stole”) black shoe polish and made us look like Arnie the Commando for almost a week. It was a tough and miserable week for us. After that episode we were known as “Shoe Polish Commandos”.

Despite this shameful nickname and whipped ass, I fall in love with America.

When I was 17 years old I read the Henry Ford’ biography and it changed my life. Of course, this was a book translated into Russian with some censorship from the Soviet Communist party, but for a 17 years old version of me, it was an unbelievable book. 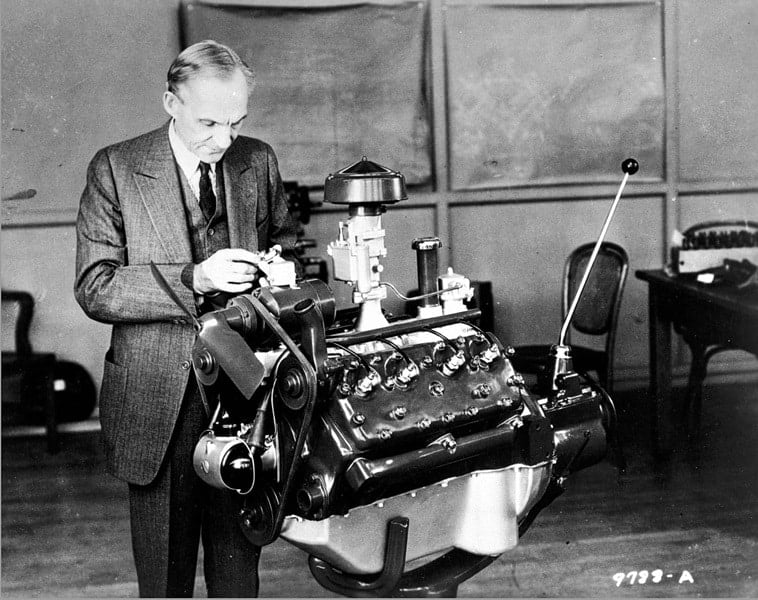 It was a story about a farmer’s son who left his home when he was 16 years old and became a machinist’s apprentice. Ford’s love for engineering called him away from home, from his family’s farm to the Edison Illuminating Company, where he worked all the way up to chief engineer.

Every paycheck Mr. Ford saved money scrupulously until he had enough (he knew about FU money) so he could quit and work in his experiments with gasoline engines. We all know the end of the story.

I like this quote (I had to spend couple of hours to find it in English and it sounds even better):

Life is a series of experiences, each one of which makes us bigger, even though sometimes it is hard to realize this. For the world was built to develop character, and we must learn that the setbacks and grieves which we endure help us in our marching onward. –Henry Ford

After that, I read a lot of books and stories about self made people. From American presidents, to actors. From small business owners to founders of huge corporations. From immigrants to people born on American soil.

Reading all of these books and stories helped me to understand one simple thing: If you want to become a successful self-made person, there are only two requirements:

2 A lot of hard work, sweat, determination and initiative.

It’s 5:15AM in the morning. My wife and two daughters are still sleeping. It’s the perfect time to work on this post and be grateful.

It’s a great time to be grateful for this opportunity to live in the country where I always wanted to live.

It’s a great time to be thankful for the place where your hard work, determination and initiative will always yield fruit; sometimes faster, sometimes slower.

Recently, I watched one video that reminded me about one huge difference between Russia and America. I am going to steal this comparison from Yakov Smirnoff, a comedian who immigrated from the USSR in the late 1970s.

When you write a letter to someone in Russia, you have to put the name of the country first.

Then, the name of the city.

Then, the name of the street.

The name of the person comes in last.

I am very grateful that I am raising my children in the place where people always come first.

* Now I have to read all these books in English.

Mr 1500 note: I’ve had the fun and honor of meeting Stan in person. I won’t fill you in on the details of where he works or what he does, but it’s incredibly impressive. He’s built an amazing life for himself and his family. And four years ago when he arrived in America, he didn’t know any English. American Dream indeed.