Welcome to part 2 of the interview with Mr. Collins. Be sure to check out part 1 if you missed it last week. In this week’s post, you’ll learn about: 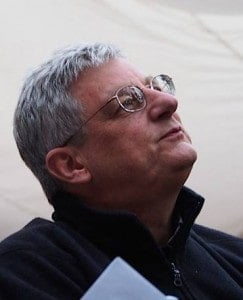 “Does this mean you’re going to buy stocks tonight, Christian?”

Holy s***. Did I just say that? His mouth drops open slightly, but he recovers quickly.

“No, Anastasia it doesn’t. Firstly, I don’t buy stocks, I buy index funds…”

Mr. 1500: Mrs. 1500 is very stubborn. Like a mule, but without the unpleasant smell and better looking. However, I’m even worse (on all three of those fronts). It takes a strong argument and sometimes years before I will change my mind on certain things. One of those “things” is investing. However, your stock series really struck a chord with me. Despite my short term success (luck?) as a stock picker (“short term” is key here), I’m in the process of dumping most of those risky investments for index funds.

Your epic series started April of 2012 and the most recent update (#27) was published just last November of 2014. So, I have some questions surrounding the piece: 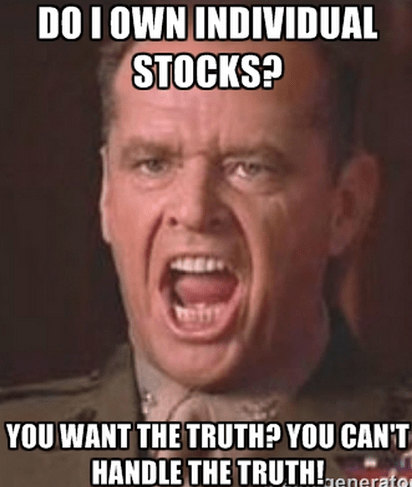 J. Collins: It is very true that my daughter is the inspiration for the blog. In fact, most often when I am writing I am writing to her.

As I describe in the beginning of this post – http://jlcollinsnh.com/2011/06/08/how-i-failed-my-daughter-and-a-simple-path-to-wealth/ – in my over zealousness I managed to turn my daughter off to things financial. I consider it so important and so powerful a tool for expanding one’s options in life, I made the mistake of pushing far too hard.

In the Spring of 2011 I started writing a series of letters to her about this stuff. I hoped that at some point she might see the value and develop an interest. The idea was the information would be there even if I no longer was.

I shared these with a friend. He liked them and suggested other family and friends might also and that I should put them on a blog.

While I had heard of blogs, I had never actually read one. Somebody pointed me to WordPress and following the steps, I started posting. I sent an email with a link to family, friends and business associates. This is why the blog is named as it is. I wanted these people to know it was me. As it happened, all the variations of my name were unavailable. It wasn’t until I added the “NH” for New Hampshire at the end that one worked.

The great irony, to me at least, is that very few of my friends and relatives read it while at the same time it now has an international audience. Had I known, I would have tried to come up with a more clever name that better describes what it is all about. I still think about changing it, but now jlcollinsnh has a bit of brand equity.

It wasn’t until maybe a month in that I stumbled on ERE, I forget how. That led me to MMM and from there to others. I was surprised to see that folks were already writing blogs about financial stuff and stunned when I attended my first FinCon in 2013 and saw the ~500 financial bloggers who were there. If I had had any idea there were so many out there already, I never would have bothered to launch this one.

Jessica tells me she has read some of it, but mostly her attitude is that she heard it all through my endless lectures while she was growing up. That’s somewhat true, but writing this stuff down has better focused my thinking, and my readers’ comments and questions have steered me into important topics that would not have occurred to me otherwise.

For instance, when I started the Stock Series, I only envisioned the first five posts. There are now 27. Who knows? Every time I think it’s complete, a new topic presents itself.

The last time I owned any was in 2011. I bought about 4 or 5 high-dividend payers figuring that those type of stocks would lead the recovery. Turns out, it worked very well and I sold after about 4 months with a 42% gain. But I can’t emphasize enough how much a role luck played in that success and how difficult it is to repeat.

So that was it. Until just about four weeks ago. When I picked up another stock.

This one is a play on oil prices. So far it is up slightly, but is not making the big, fast move I was looking for. Not sure if I’ll hold it or for how long.
I don’t write about these on the blog because

1. I don’t want anyone following my lead. I am just as likely (more likely) to be wrong as right.
2. I don’t want to have to remember to let readers know when I sell.
3. Picking individual stocks is a very poor investment strategy.
4. Picking individual stocks is a disease best avoided.
5. It’s stupid.
6. Crap. I gotta stop doing this. Thanks for the reminder.

I read your post about Beanie Babies and was greatly amused. Like your coworker, I have a family member who had ridiculous plans around her Beanie Baby collection. She planned to retire on them. We all know how well that worked out. However, I digress. If the Ty company called you up and said that it was commissioning a James Collins, Rare Limited Edition, Collectors Only, Beanie Baby, what animal would it be? What color? Please describe in detail.

J. Collins: Were I to receive sure a call from TY, or any other licensing firm, my first question wouldn’t be what animal. It would be, “What’s my cut!?”

That said, back in the 1990s I spent a few years working with a Native American Medicine Man. He identified my spirit animal as Bear. Not surprising to anyone who has meet me and my shambling size. As I am pretty grizzled myself at this point, it would probably be a Grizzly Bear with the silver highlights.

That or a gorilla. Late in my career I had a younger colleague and friend refer to me as a Silverback. Again my size, grey hair and more senior position likely played into that perception.

Personally, I see myself as a sleek, lithe, powerful, graceful Jaguar. But that’s delusion, and a tough sell to anyone who has met me. 🙂

Mr. 1500: I have heard rumors that you are writing a book. I went into a bookstore with Mrs. 1500 and got very excited when I spotted a business book written by Jim Collins. Alas, it was just a doppleganger. If a book is in the works, please fill us in.

J. Collins: I am, and sometimes it seems like I have been doing so forever!

The good news is that last spring, Tim, one of my readers and a professional editor, stepped forward and offered his services. If this book actually gets published (and it will!) his encouragement, input and enthusiasm will be in large measure the reasons why.

The core of the book will be based on the Stock Series, with other parts of the blog included as appropriate. Early on I was advised to include material not on the blog in order to force folks to buy it. Not my style.

The advantage the book will offer however, is that it will condense the content and ideas in the blog and put them into a more coherent order. The blog, after all, has been created somewhat randomly as ideas for posts occurred.

This process has turned out to be far more time-consuming and far more work than I had anticipated. Plus, these days, when there is work to be done I am far too easily distracted. 🙂

In any event, hopefully this spring!

Oh, and I have plans for a second if all goes well with the first.

That’s all for this week’s post. Tune in next week for part 3 and a chance to win a signed edition of Mr. Collins’ book. It will be a contest. Brush up on your knowledge of knowledge of space-time deforming objects and the Blue Brothers…