Before we get to the financial (and donette) stuff, I have some other things to update you on first. On second thought, forget thatl let’s dive right into the donettes: 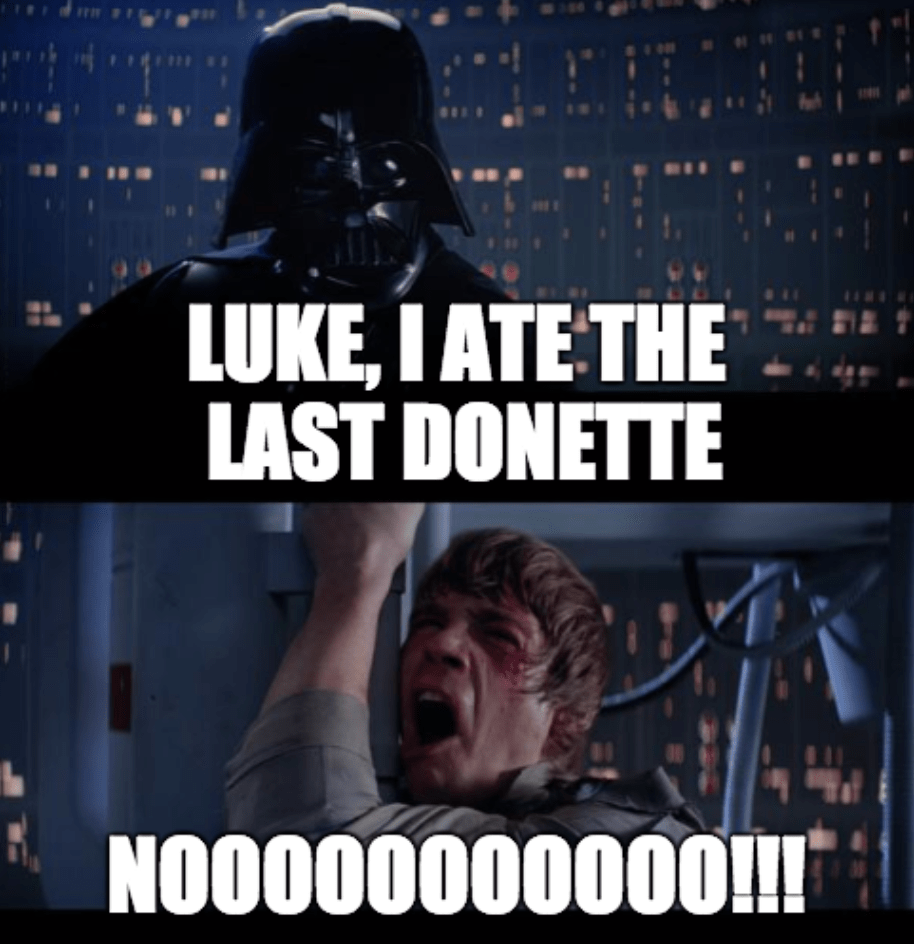 With a start like that. you’d think this post has nowhere to go but up. You’d be wrong.

My hellish P90X workouts continue. I am sticking with the program as best I can, but it isn’t easy. Some days, I just don’t have the time to commit to it. On other days, I’m so worn down from lack of sleep that I don’t get the most out of it. Try doing 1 handed pushups on 4 hours of sleep! Blerg,

Trying to get the hang of the workouts is difficult too, especially the first round of a new phase. Sometimes, I pick a weight that isn’t hard enough and I don’t get anything out of the set. Other times, I go too heavy and my muscles fail before they burn. I’ve learned that getting the most out of a weight workout is a delicate balance. You must push hard, really really hard, but you can’t go too heavy. Finding the burn is not easy.

Finally, my diet hasn’t been what it should be. We hosted a Super Bowl party and we didn’t serve healthy food (Hello White Castle!). Also, beer. Too. Much. Beer. I’ve been slowly improving though. For the second half of the month, I reduced my alcohol consumption to almost zero and plan to continue.

Despite my setbacks, I feel like I get a great workout about 1/3 of the time. And when I do, it feels awesome. Keeping track of progress is part of the program and I see the results on paper and in pictures (warning: graphic photos ahead). When the first 90 days are up, I’m going to start another round. Because I’ll be familiar with the workouts, I’ll get a lot more out of them the second time around.

In any case, in the interest of transparency, it’s time to show you some pictures of my progress. Those of you with a delicate constitution should cover your eyes now. 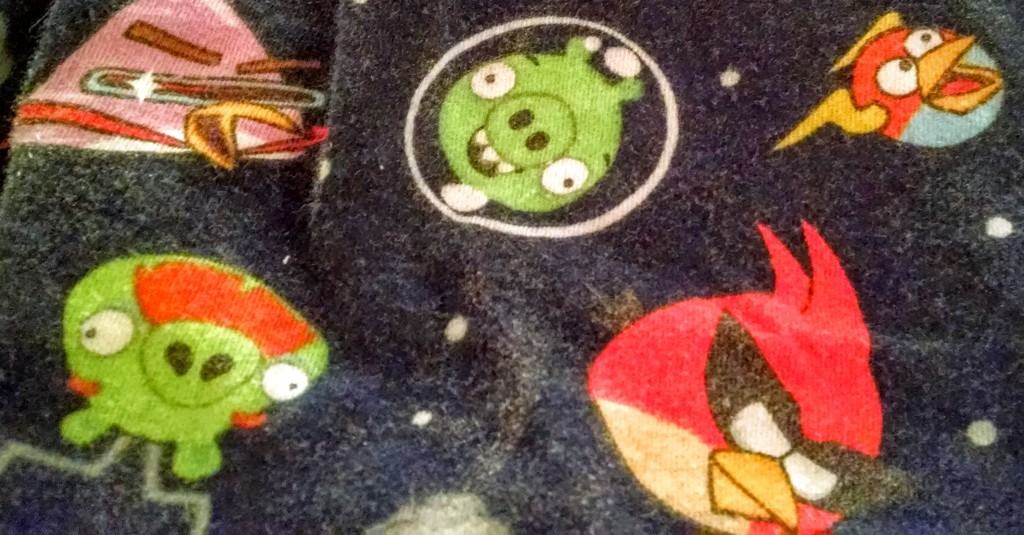 Mrs. 1500 and the children just love my Angry Birds underwear. And really, who wouldn’t?

Almost forgot, my numbers! I stopped including body fat percentage because I’ve determined that the bioelectrical impedance method that I was using is wildly inaccurate.

We are close to being done with the interior of our home. This month, we almost finished our bookcase project: 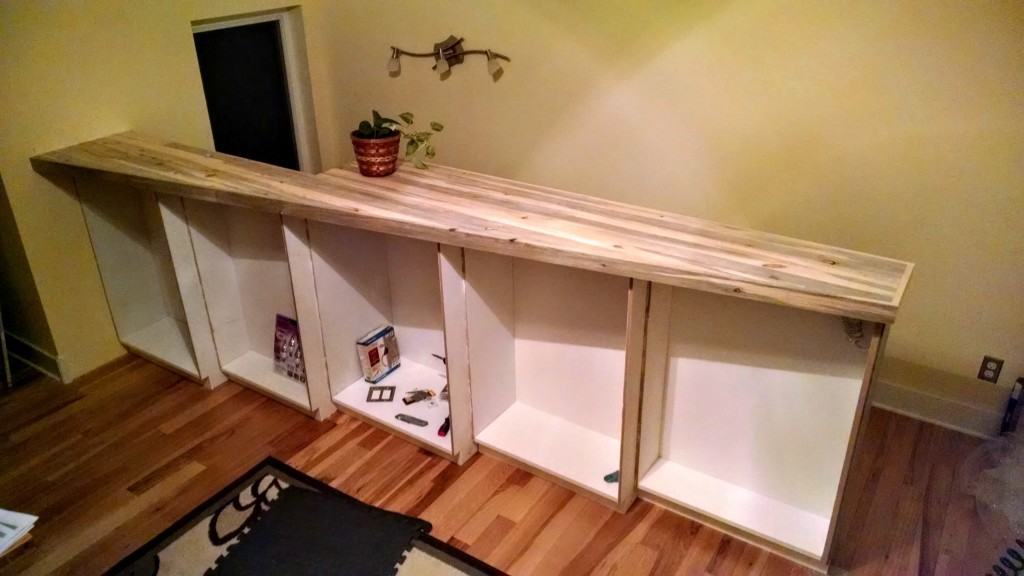 Like most things in life, I went overboard with the project. Note the completely unnecessary, but awesome-anyway LEDs: 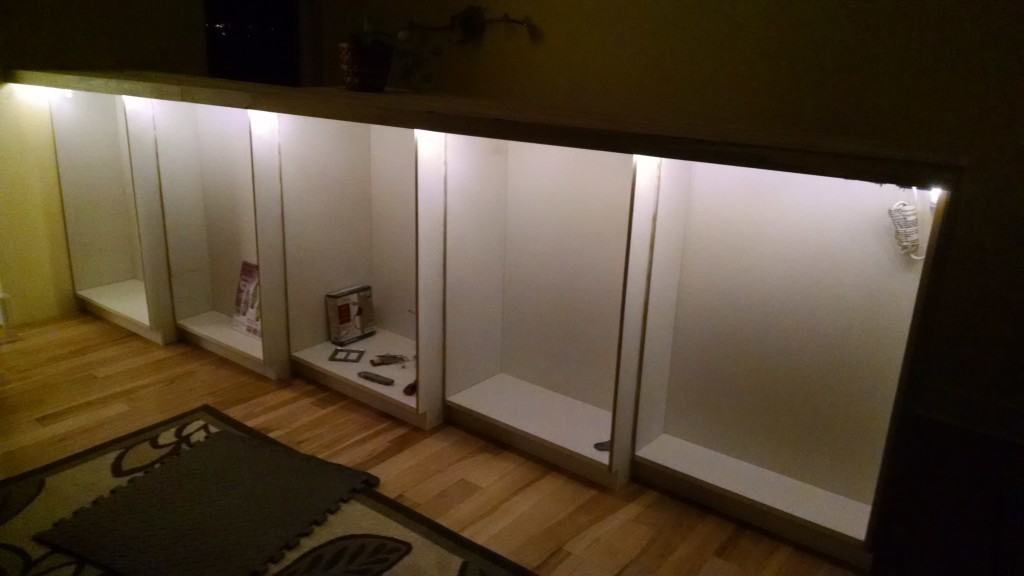 The bookcase sits where normal people would put a railing. Railings are boring. Besides, my books need a home. Think Different: 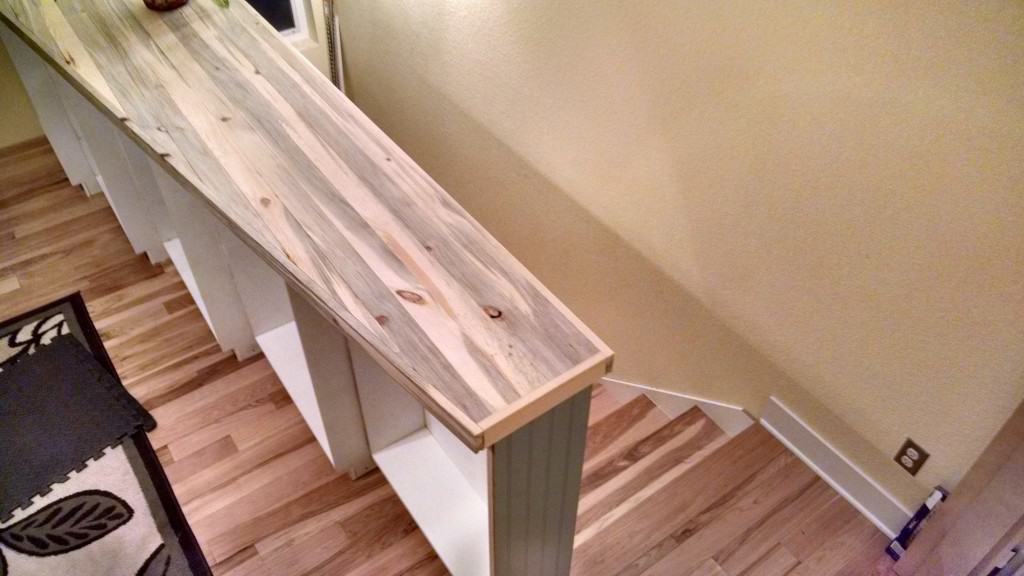 I still have to trim it out, polyurethane the top, and install the shelves, but most of the work is done.

I planned the basic design with the help of Mr. Frugalwoods. When I went to build it though, I totally made it up as I went along. Despite my non-existent planning and lack of proper woodworking skills, I’m thrilled with how it’s turned out. I’ll have a full post on it shortly.

Donettes? What is the point of these things? I wonder if there is some family worth like $100,000,000 now because they came up with the stupid idea to make mini-donuts and sell them in a bag. Silly, but whatever. People have made fortunes off lesser stuff. Remember that a guy made at least a million by selling pet rocks.

I’m getting distracted now. Back on task! Here is a nice picture of the nest egg:

Less Than a Year to Go

Whoah, only 346 days left. Crazy. The first emotion that I feel when I consider this is slight terror. The days have gone by incredibly fast. I’ve been at this for over 3 years now, but it doesn’t feel like it, even a bit. Life is flying by and it doesn’t feel good.

I’m just too busy. Even though I went to part-time at my job, it seems like I’ve been working more than ever lately. Instead of working less hours per week, my new arrangement will result in increased days off later in the year. Maybe it will feel better then.

I hope that leaving my job slows down the clock a bit. Now, I wake up, work for 8 or 10 or 16 hours. After that, I squeeze in everything else I have to do in whatever time I have left. There is never enough time. I am never bored or without something to do. Perhaps the biggest lesson I’ve learned from blogging is just how valuable tine really is.

And also, remodeling a home with a full-time job and two children is unwise.

And also, consuming a full bag of donettes (Han) solo is a bad idea.

(Mrs. 1500 note: I have encouraged Mr. 1500 to honor the terms of his current contract, and then either make drastic cuts next contract cycle, or go to an on-call situation. With two small children, we’ll need to fill our time during their school hours. I work for possibly the best boss on the planet and have no plans to leave my job, which just about matches their school hours. Please join me in a Quit-Your-Job campaign of encouragement, so he can have enough time in the day to do everything he wants to do.

The ironic thing is that the house will be finished before he finishes his contract, thus freeing up thousands of hours. Sigh.)

**This is an affiliate link. If you sign up, the blog makes a little bit of money. Personal Capital is a totally free and superior way to keep watch over your investments. It’s worth it for the fee analyzer alone. I would never recommend anything that I don’t personally use and completely believe in, so give it a try. If you’ve already signed up through the link, please know that I think you’re the best person on earth. I love you.

***My 401(k) contributions include my own, Mrs. 15oo’s, and the contributions from my corporation. Self-employment with a solo 401(k) is a very powerful savings tool. I should have done this years ago.

****The numbers on the right side of the page only reflect my investments and cash. Net worth includes, but is not limited to: