Urban Dictionary, tell the readers what a Dumpster Fire is (Caution: naughty words ahead):

So yeah, my stock portfolio has been a dumpster fire lately. Not good. 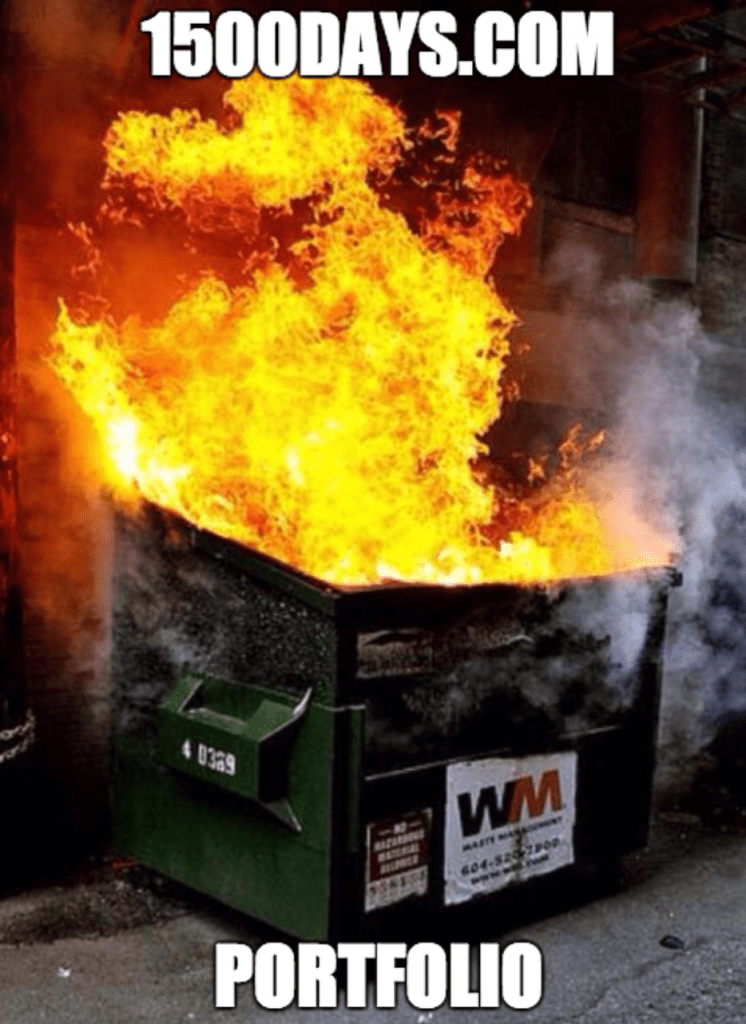 Apple: The iPhone, Apple’s cash cow, has probably peaked. It is somewhat reassuring that one of Warren Buffett’s lieutenants (Ted Weschler or Todd Combs) just bought a billion dollars in shares for Berkshire Hathaway.
Dumpster Fire Rating:  Mostly smoke. This one isn’t going to burn the portfolio down.

Lending Club: The CEO was caught up in some naughty, naughty business. So far, it isn’t looking good for him.
Dumpster Fire Rating: Small inferno. Keep back people. This one could get worse…

Solar City: This company issued crappy guidance and is burning through loads of cash in it’s very own dumpster fire. Mr. Market is not impressed.
Dumpster Fire Rating: Not as hot as the Sun, but getting there. This fire will either be extinguished or this company’s story will flame out in blaze of gory dumpster fire glory.

Tesla Motors: Mr. Market doubts Elon Musk’s ability to produce the Model 3 in mass quantity. Musk hasn’t always been on target with his dates, but I have a feeling he’s going to pull this one off. Don’t bet against Musk. The dude lands rockets after all.
Dumpster Fire Rating: Nowhere near as hot as a lithium ion battery fire.

These dumpster fires are precisely why I don’t do much stock picking any more. Almost all invested money since I started this blog has gone into index funds. Simple, easy and effective. If I want to play, I buy sector specific funds like VGT.

It wasn’t all bad news though. In the middle of the month, I made my big money goal***. I can now retire! I haven’t yet, but think about it often. Stay tuned…

Here are some other random Dumpster Fires in the 1500 household:

For all of my whining, life is pretty good, so I’ll stop yapping and let you get back to your day.

In the meantime, stay away from those dumpster fires.

**This is an affiliate link. If you sign up, the blog (me) makes some cold, hard cash. Personal Capital is a totally free and awesome way to keep watch over your investments. It’s worth it for the fee analyzer alone. I would never recommend anything that I don’t personally use and completely believe in, so give it a try. If you’ve already signed up through the link, please know that I am eternally grateful.

***My goal isn’t to have $1,120,000 at the end of 1500 days, but at any time before the day count was up. Why? It all goes back to the 4% Rule. Remember that our little friend, Mr. 4%, is nothing more than the most conservative safe withdrawal rate. So, if I were to quit my job now, I could spend about $44,000 in my first year of retirement. I’d stick very close to that number too because market valuations are ambitious. Let’s say that Mr. Market caught a cold tomorrow and my portfolio dropped down to $800,000. No big deal. This would mean I’d be safer stretching my spending a little north of 4%. 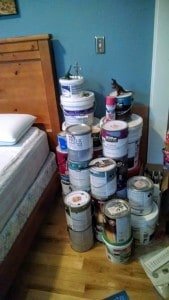