It’s time to take a look back at September. But first, I must discuss a recent confrontation that I had with the immortal enemy of all parents, the claw machine.

Everyone knows that the claw machine is a silly waste of money. 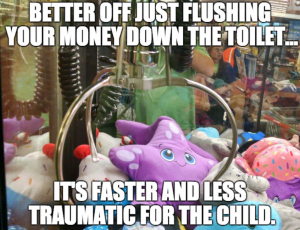 This evil device exerts a magnetic force on children. Within a millisecond of spotting one:

Mom! Dad! Can I have some money to play the claw machine!! Please! Please!! PLEASE!!!

My answer is always: 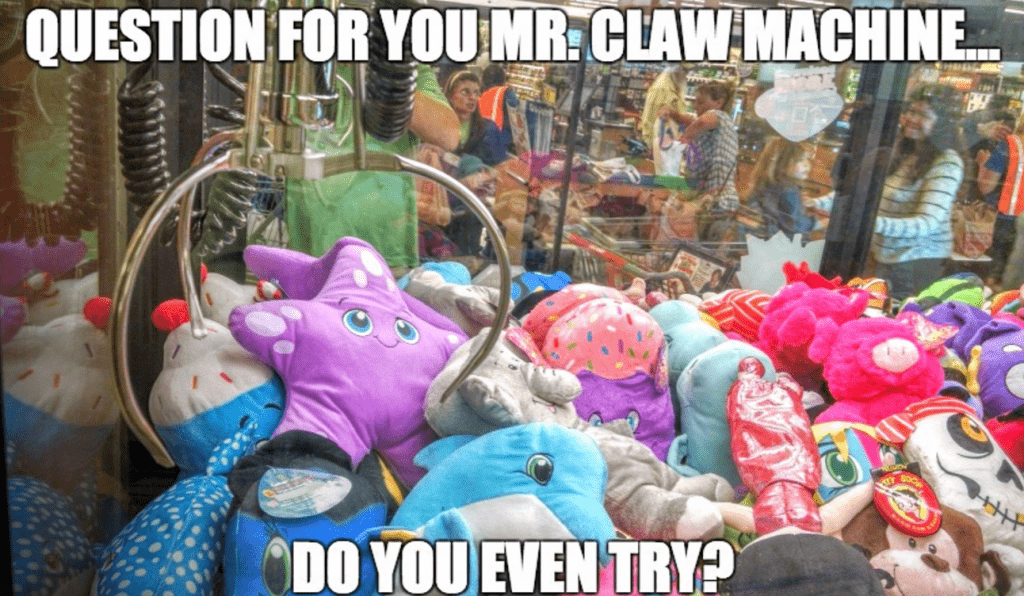 A month ago, our youngest child (D) spotted one of these dreaded devices and as usual, begged for money. My ‘No’ was followed up with a lecture about how no one ever wins anything. My words fell on deaf ears.

Then, I started thinking about it. Maybe letting her lose, just this once, wasn’t such a bad idea. I could use the experience as a teaching tool. After she lost, I would have a little talk with her:

Anyway, I gave D the $.50 and observed. With great excitement, she put the quarters in and grabbed the controls.

I could tell it was futile at once; she didn’t understand the joystick, moving it around wildly. Then came the big moment.

The claw started its hopeless, doomed descent. D’s eyes grew to the size of frisbees (like the one in the machine she had no chance of winning) as she watched with eager anticipation. I observed with sadness, knowing the disappointment that would soon wash over her.

And then she won. 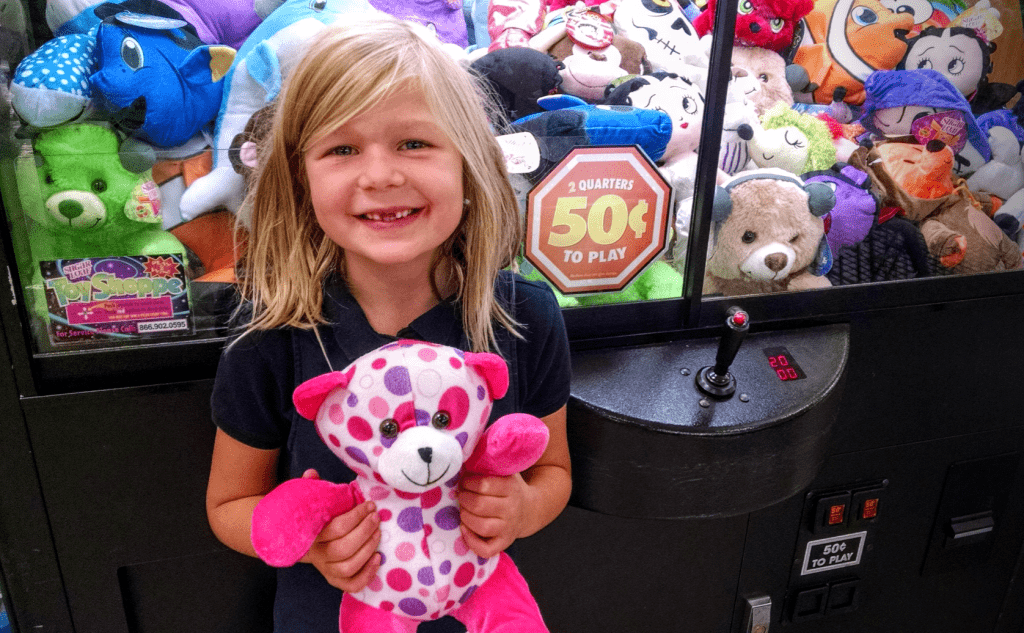 Claw machine misadventures aside, September was another month of boringness. My portfolio went from $1,211,898 to $1,230,542 for a gain of $18,644. I had money accumulating in my business account (which isn’t reflected in my numbers), so I transferred $10,000 into my personal account (which is reflected in my numbers). If I take that out of the equation, my portfolio appreciated $8,644 (yawn). The big dip in the chart reflects me moving money around:

My next performance update should be more interesting. Earnings season is upon us and 40% of my portfolio is still made up of individual stocks including Facebook, Google, Apple and Amazon. Tech stocks tend to swing severely, but that’s all part of the fun. I like drama.

The Storm Before the Calm

The past six of months have been the busiest ever. Life has been going by at two miles a minute. Not fun and exhausting:

More changes are on the way, but I’ve rambled long enough. I’ll let Bubblegum the Bear have the last word: 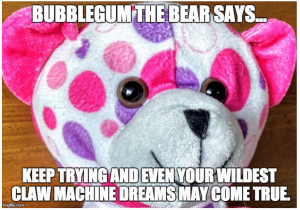 ***This is an affiliate link. If you sign up, the blog (me) makes some cold, hard cash. Personal Capital is a totally free and awesome way to keep watch over your investments. It’s worth it for the fee analyzer alone. I would never recommend anything that I don’t personally use and completely believe in, so give it a try. If you’ve already signed up through the link, please know that you are a fine person of above-average intelligence.

*****The numbers on the right side of the page only reflect my investments and cash. Net worth includes, but is not limited to

******The wonderful thing about the FI community is that lots of us appreciate fine beer and are willing to share. Thanks Kyle for the wonderful King Sue. Thanks to Joel for some stellar beers from his neck of the woods including everything from Creature Comforts. Also, big thanks to Physician On Fire for hooking me up over the summer. You guys are all awesome.