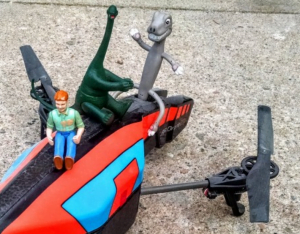 You know you’re reading quality, high brow material with a title like Random Crap. I’m tired. When I’ve had little sleep, the very small amount of creativity that I usually have is gone. So, you get a post called Random Crap. Sorry.

Besides lack of sleep, I also have had an amazing lack of time lately. Hence posts like Random Crap. I’ll return to my normal schedule shortly. In the meantime, brace yourself for some random nonsense in my life:

Not blog posts, real ones. They are what have been consuming all of my time. The front of my house used to look like this: 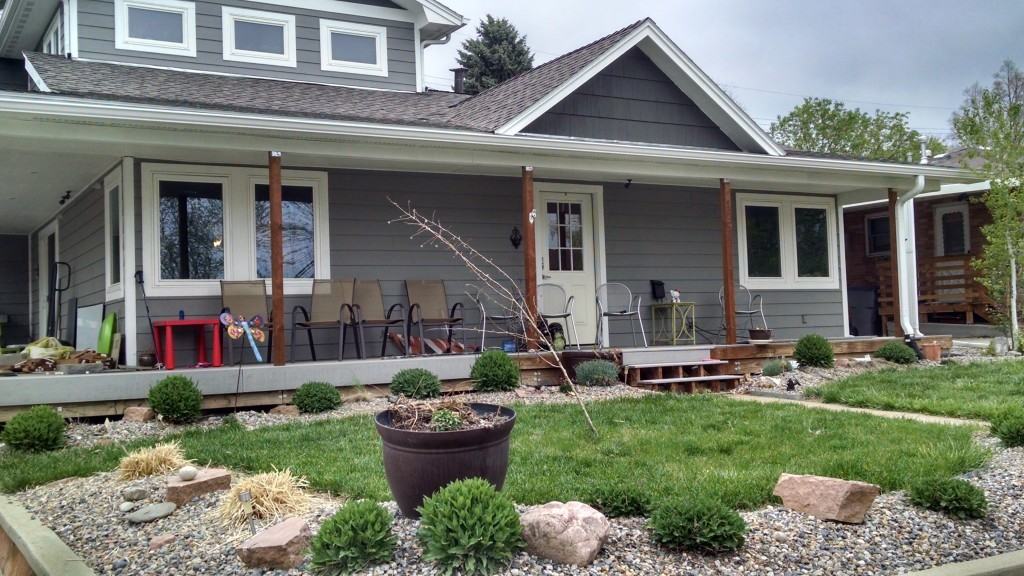 Those naked 4×4 posts didn’t move me. I had to do something about them. They had to die! Well, not really or the roof over the deck would collapse. Instead, I thought of a way to cover them up.

I decided to tile the bottoms and put some nicer wood veneer trim stuff on top. A cement cap would separate the two. This plan was a fine one, until I got to the tile part.

I had a helluva time locating tile that would work. I finally found these nifty tiles, but they didn’t work well as a 1′ square sheet: 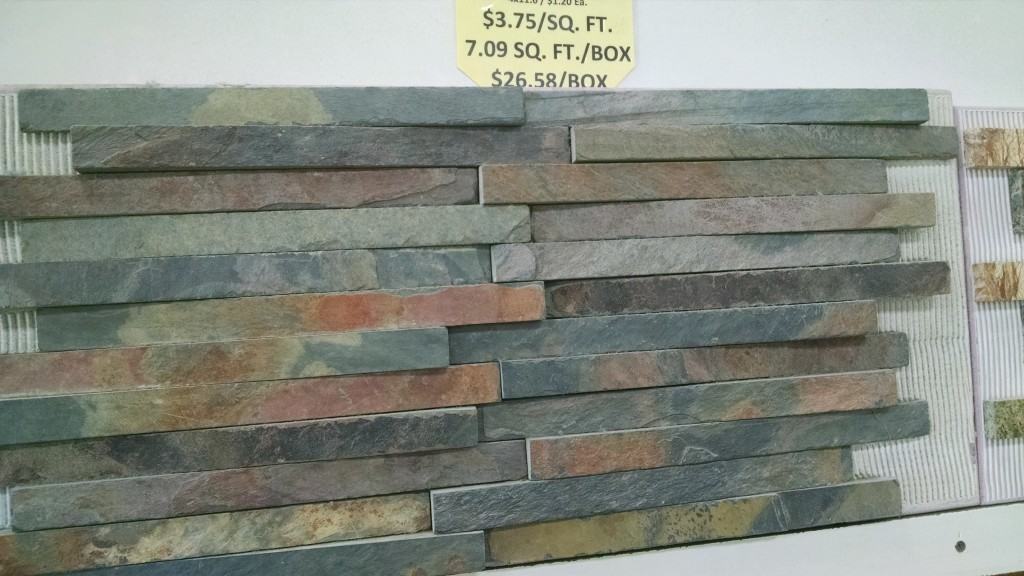 I cut them up and set each one individually by hand. The first post I did looked like this: 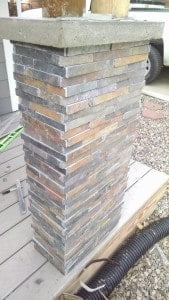 2400 tiles and 80 hours later, I was done. Just the tile part mind you: Not installing the second post. Not building the box that the I’d set the tiles on. Not building the forms and pouring the concrete caps. Just putting all of those tiles on took 80 damn hours:

What the hell was I thinking? While the final product looks great, had I known it would take so long, I may have gone in a different direction. 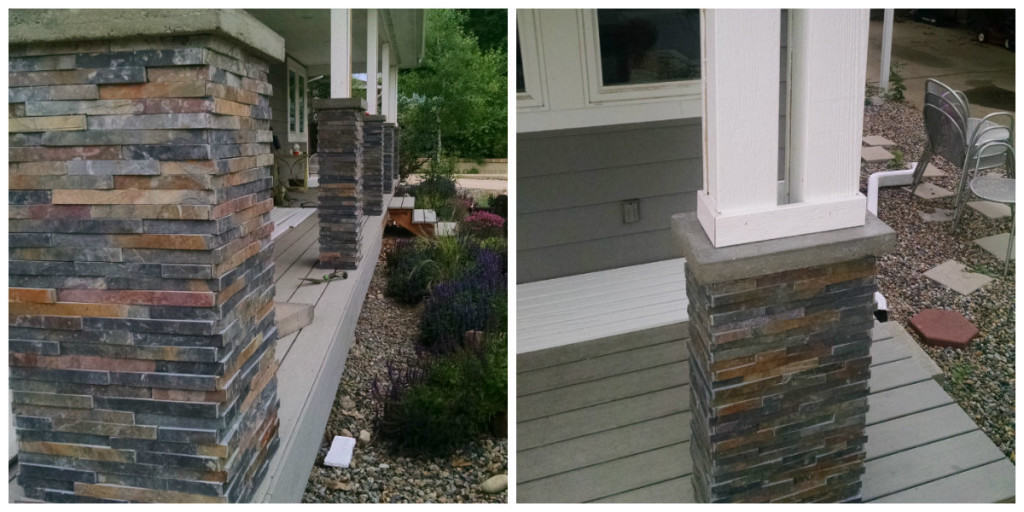 By the time this post project is all done, I’ll have about 150 hours into it. I am the Don Quixote of home improvement. 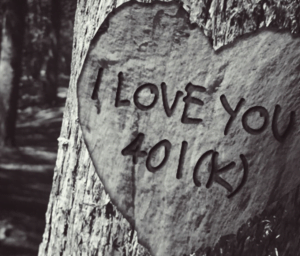 If you know me at all, you know that I’m obsessed with 401(k)s. After eating, breathing and making sure my sock drawer is in order, my top priority is to max out my 401(k). I write about them constantly. This time, I wrote a post for my buddy Nate over at InvestmentZen about how much you should have in your 401(k). Go check it out. It will change your life*.

Propelling our wheeled and winged vehicles with fossil fuels isn’t going to end any time soon. However, as Bob Dylan once said (sing it with me now):

The Times They are a Changin’

Everyone knows about electric cars thanks to Nissan and Tesla. Did you know that Larry Page, co-founder of Google, threw $100,000,000 of his own money into two electric plane companies?

I cannot express with words how personal, electric planes make me feel. The idea of flying around in a human sized drone titillates me even more than 401(k)s. I can see it very clear in my mind’s eye. This is pretty much what it’s going to look like: 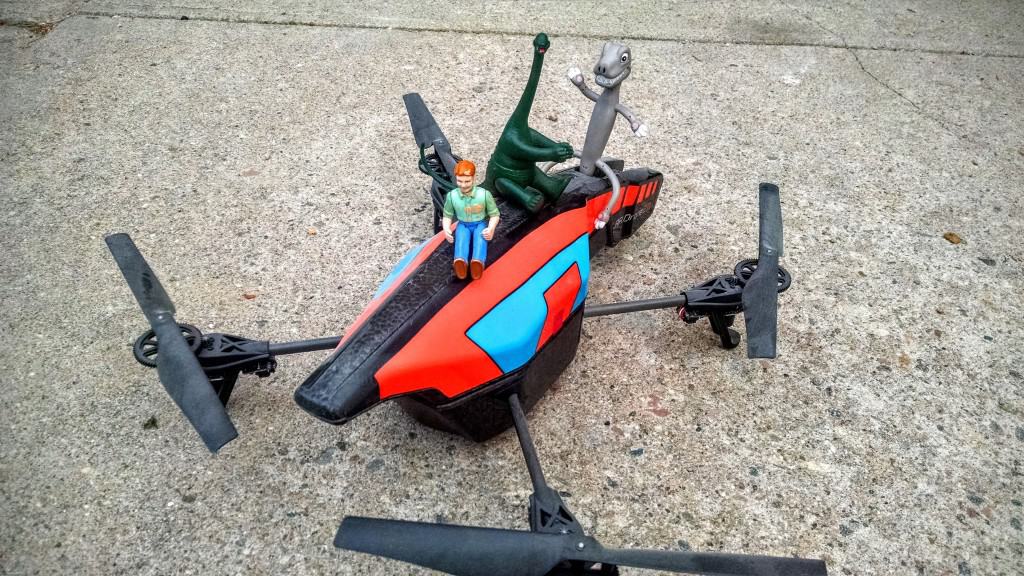 I’m not good at vacationing. My modus operandi is to schedule so much stuff that I’m more exhausted by the end of the vacation than when I started. (A very weary Mrs. 1500 note: This statement is 1000% true. Sigh.) We just went to California and I vowed to try harder to relax. I was mostly successful, but I still packed too much in.

First, I went to Yosemite and met up with old friends for some hiking. The water was flowing and the Valley was as beautiful as ever. 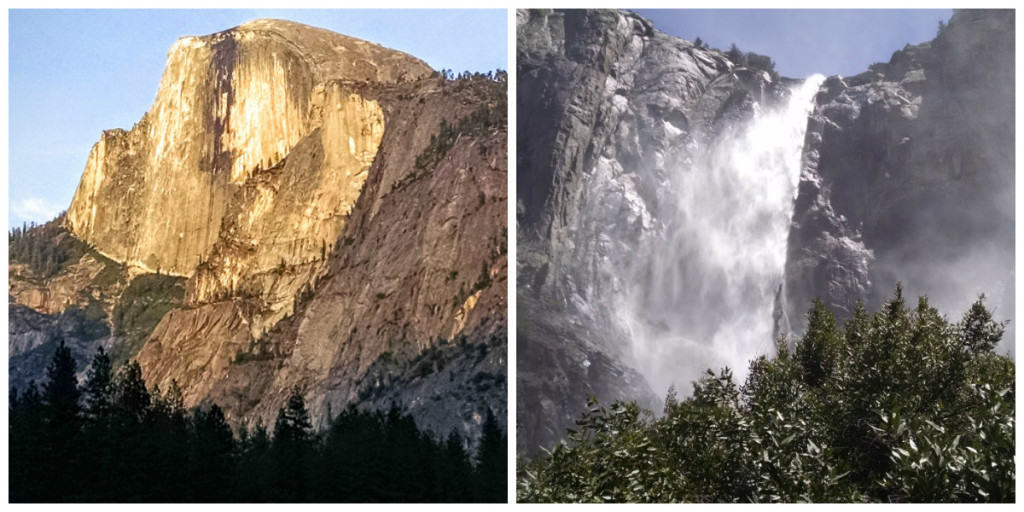 After Yosemite, I picked up the family and we headed over to Pismo Beach. We mostly built sand castles and walked up and down the beach, but we also went to San Simeon and Morro Bay.

We had an early flight out of LA, so we spent our final night in Santa Monica. 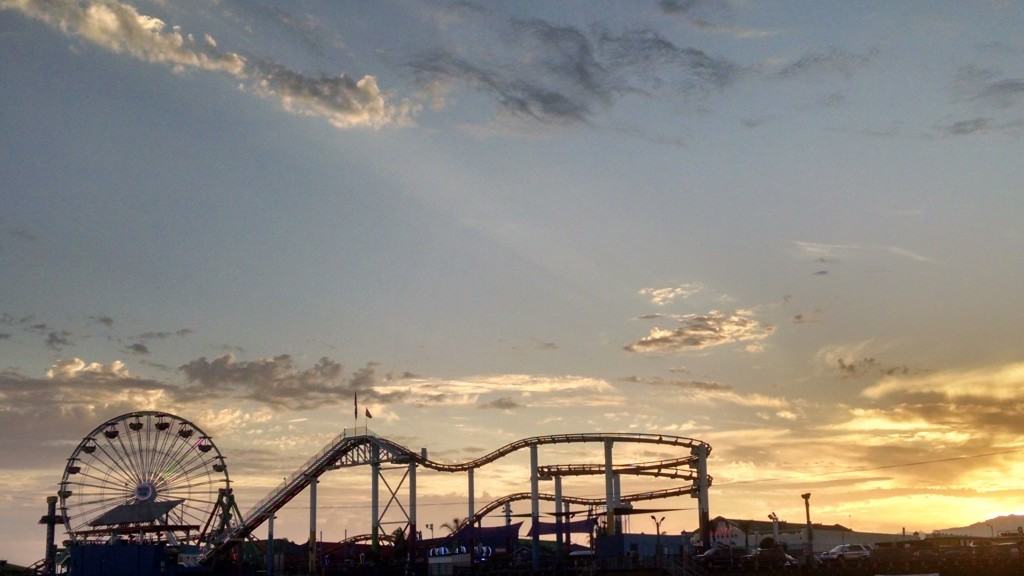 Anyway, we’re back at home now and those damn posts around the deck are calling. I’m responding to their calls with rude gestures and colorful metaphors, but they won’t be quiet. With any luck, I’ll finish the bastards this week. I look forward to working on blog posts, but the damn house posts come first. (A very weary Mrs. 1500 note: If anyone knows how to get him to just stop for a minute, I’m all ears…)