I’ve largely given up on my ranting. It’s a side-effect of trying to live a more positive life. However, sometimes I just can’t help myself…

We were mostly anonymous until we received some press last year. After that, our cover was mostly blown. To my surprise, none of our friends or family cared much. Some of them made comments like:

And that was the end of it.

And I was a little disappointed. I was hoping that our publicity would provide a conversation opener to help folks. I’m so happy with the way my life has turned out and I love showing others the path. It wasn’t to be. We have been asked for advice this many times:

Up until very recently, I’d even try to chat people up about money. And let me tell you how well that worked out: 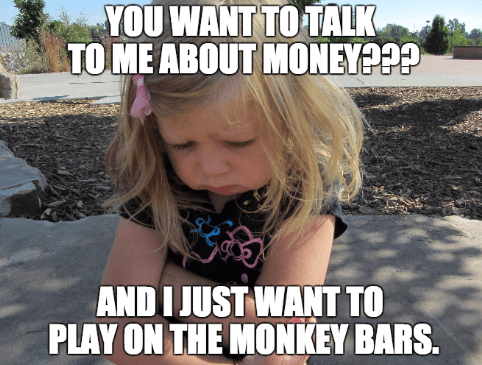 No one wants to talk about money. Ever. I just keep my mouth shut now.

And I’ve realized I was foolish for even trying. If the student isn’t ready, the teacher should shut the hell up. But I digress…

OK, I lied. I’ve been around some folks who want to talk money, but it hasn’t been positive. This conversation happened recently:

The conversation went downhill from there. It was clear that he thought that my writing was an assault on his lifestyle. He was clearly offended (he’ll probably be even more offended if he reads this post!).

I couldn’t stop thinking about the confrontation. On a walk I considered my life. When it comes to achieving financial independence, the two items that you must care about are cars and housing:

Sacrifices, Compromises and the Big ???

Whenever I hear another blogger being interviewed, at some point, the conversation usually turns to sacrifices. The interviewer usually asks something like this:

What sacrifices are you making to achieve financial independence?

The questioner assumes that the aspiring Financial Independence Seeker is living a life of compromise. Having an old car or not going out to eat 3 times a week is only a sacrifice if you look at the situation superficially. Those things do not bring long term, deep happiness.

For once, I’d like to hear the guy with the new car asked about sacrifice:

You just paid $3,000 over sticker price to be one of the first to own the new Ford 6000 SUX. Since you’re young, the $30,000 you spent could be worth hundreds of thousands later in life if you invested it. How does it feel to have to work an extra decade just to own this car?

My “friend” refused to acknowledge or even consider that any part of his life could be a sacrifice. I kept my tongue in check, but wanted to say this to him:

It’s silly to own a nice car to get you to a job that you need in order to be able to afford the nice car. Let them cancel each other out.

I’m not sacrificing and I’m not choosing to have less. I’m choosing to have much, much more, just at a later date. By delaying gratification, I’m gathering money to be able to do whatever the hell I want.

Whatever ??? means to you, this is always true: