This week, the blog takes a slight diversion while I experiment with soylent, a liquid food substitute. At the end of each day, I’ll write a brief post telling you how it went. Below is my update for Wednesday. The Thursday Rant returns next week.

Before we get to today’s update, here are my stats:

Hot sauce is not the answer

By now, you know that my DIY soylent is gross. It has a sickly, sweet taste to it. It’s like the worst vanilla protein shake you ever had, but left behind the couch for a month or two. I can barely tolerate it. As a result, I’ve been experimenting with the recipe a bit.

In a severe lapse of judgement (the magnitude of this lapse cannot be understated), I added hot sauce to the crap-coction. This was not a good idea. Just when you couldn’t think it would get any worse, it got worse. A lot worse. I was too lazy to make another batch, so I held my nose and choked it down.

I did find some ways to make it a little better though. I get it super cold and also thin it out as much as possible. Drinking it is much better that eating with a spoon as I had been doing. Michelle, from Shop My Closet Project also suggested cinnamon which did wonders.

What would you like for dinner tonight? Oh, I forgot, you’re doing the soylent tonight. Never mind then…

I hope the soylent experiment isn’t the end of our marriage. A dinosaur custody battle would surely be long and painful. 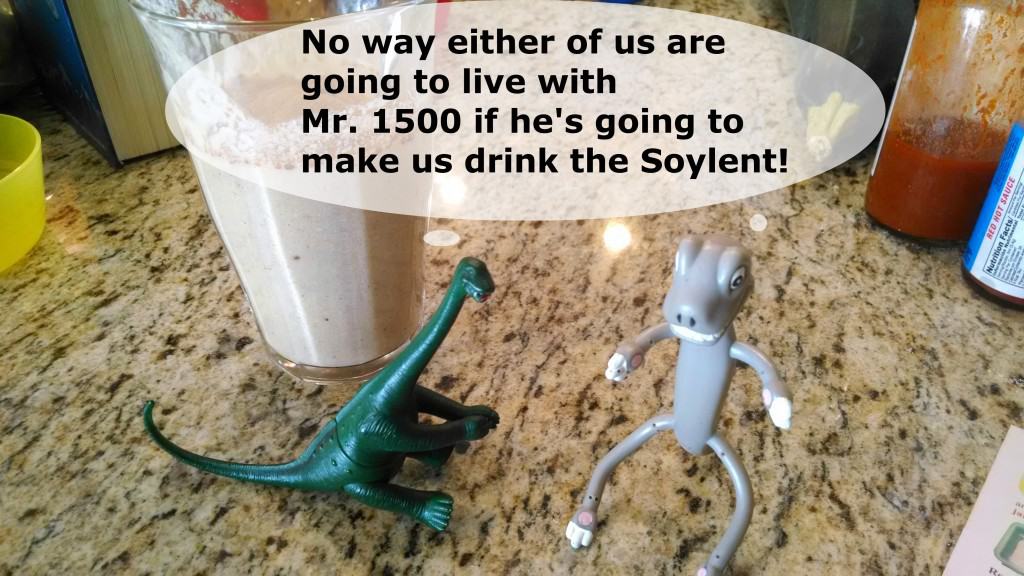