A weight was lifted off of my shoulders last week. There has been something I wanted to talk about for the last two years, but I was under a gag order by the court. Here is the story.

I first learned about Camp FI a couple years ago and my first reaction was shock. I had originally trademarked the name years earlier, so I couldn’t believe someone was now using it without my permission. I told myself that it must be a misunderstanding that a phone call would resolve. This was not to be.

I called the organizer (Stephen) who was less than receptive to my call. He declared that he was going to run his camps with the Camp FI name and if I wasn’t happy with that, well too bad. Stephen then told me where ‘I could stick my FI.’ Not good. I had no choice but to hire legal counsel. That is when it all got really ugly

The store has graciously allowed us to use the tire department for talks:

And as part of the agreement, Camp FI Colorado will be rebranded to Camp FI CARLorado.: 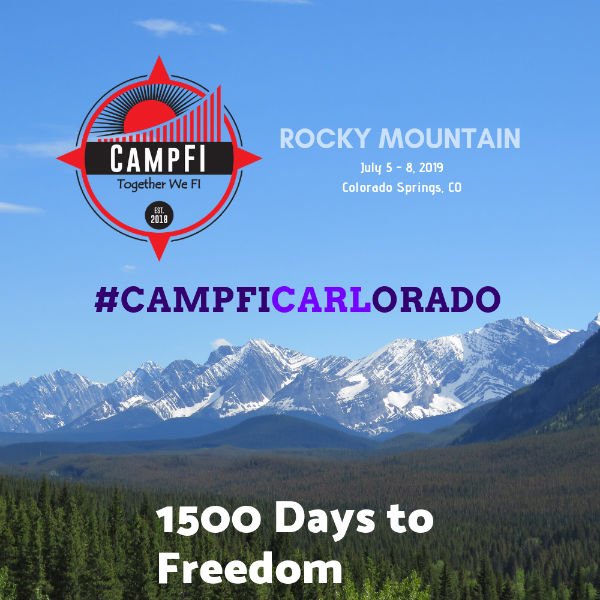 Words can’t describe how awesome this camp is going to be. Here’s a sneak-peak at one of the marketing posters that I came up with: 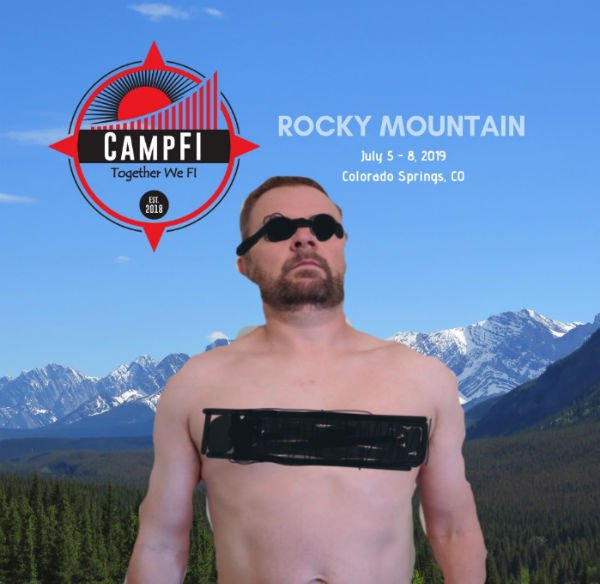 And for you lucky readers, here is the speaker schedule:

Are you in? Space is limited to the first 10,000 sign-ups and this one is going to sell out fast!

Editor note: Some of the comments on this post scared me, so just in case, everything you’ve read up to this point was a joke! No lawsuits! No Camp FI fatFIRE or leanFIRE. Read on for the real story.

If you would have told me a couple years ago that I’d be flying across the country to talk about money, play board games and drink beer with money nerds, I would have told you that you were crazy. However, that’s just what I did not once, but twice in 2018. The first time was at Camp FI Southeast (Florida) way back in January. The second time was at Camp FI Midwest (Minnesota) late in the summer. Both of them were incredibly fun.

What Happens At Camp FI

Activities: Archery! Rope courses!! Skinny dipping!!! Where is my underwear?*

Bullshitting: This was the best part. Most of the weekend is spent sitting around talking to old friends and making new ones. The conversation tends to last well past midnight. 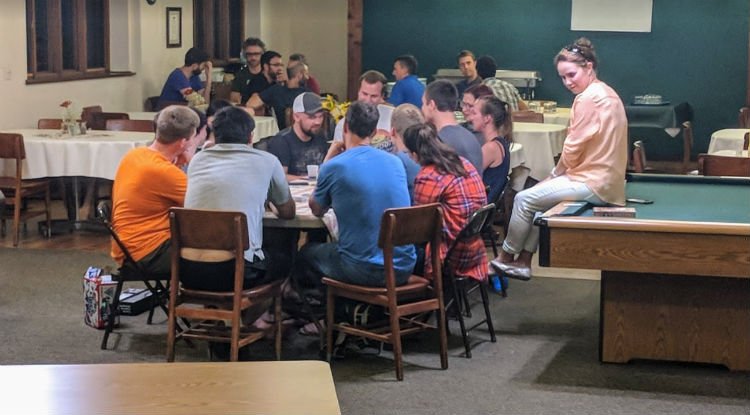 Money, But Not Money

Why do I want to sit around and chat about money for a weekend?

Some of it is about money, but that’s not really what Camp FI is about. It’s also not what the FIRE movement is about. What we’re really trying to do is live our best lives. A life lived with strategic and mindful decisions is a good life. The conversations at Camp FI tend to veer off into a diverse array of topics like travel, meditation, stoicism, drones, beer, dinosaurs, goals, and dreams.

I love it when I’m surrounded by people who elevate me and this is exactly what Camp FI is about. I hope to see you at one in 2019! Sign up here**.

*Haha, no skinny dipping. That I know of. That didn’t stop me from losing my underwear in the middle of a forest. No comment. Thanks to Miss Mazuma for finding them!

**I have no financial interest in Camp FI and receive nothing for promoting it. However, I find the event so worthwhile that I love to write about it. See you there? One more time: https://campfi.org