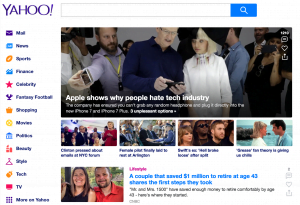 This was by far, the biggest exposure this little blog has ever had:

Anyway, I have a long post coming up where I answer the questions, but I’d like to get one out of the way because I get it frequently. Also, it annoys me. Readers have phrased it many different ways. Here is a small sample:

What will you do if the stock market tanks after you retire?

What if you run out of money?

And Mr. MeanPants had this to say:

Dude, you don’t have enough. Your [sic] going to go broke before you know it. Bye bye house, hello cardboard box!

Mr. MeanPants’ vision of my future:

Is retiring early a risk? Of course it is! So is everything else:

Why I won’t live in a cardboard box

The Mad Fientist recently wrote about how critical the first 10 years of retirement are to long term success. If you can make it through the first decade, you’ll never have to worry about money again*. But let’s say something does go horribly wrong in the first 10 years: 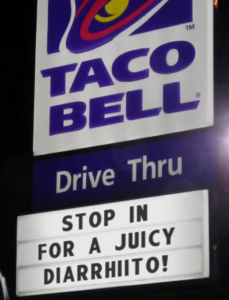 Here is my plan. Ready for it? Brace yourself:

I’ll go back to work.

Was that so difficult? I didn’t think so.

Now that we have that out of the way, let’s talk about another risk.

The risk that no one talks about

What if you work too long? What if you find yourself sitting around at 90 in your diaper with $10,000,000 in the bank? What would you do with it? I have no idea. If you’re a dude, maybe you can lure a gold-digger: 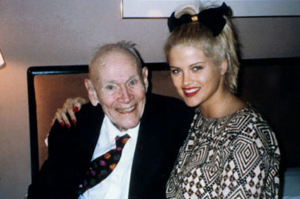 Having $10,000,000 isn’t a problem anyone would complain about, but it means that you spent more time than needed behind a desk. This has its own set of problems:

If you absolutely love your job (you’d do it for free) or have no life outside of work, by all means, stay there.

However, if you have dreams that may not be compatible with working until 65 or even 55, perhaps you want to consider exiting early. The big risk of working longer than you have to is nothing less than trading vast amounts of precious time for a cube. On their deathbed, has anyone ever uttered these words?

I wish I spent more time in a cube.

Time is everything. I’d bet this dude would would trade his entire fortune** and even his arm candy to be 40 again: 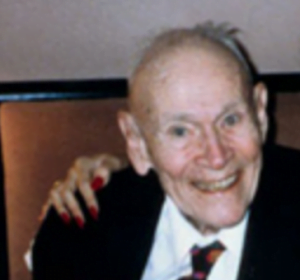 *Are you still worried about going broke? Michael Kitces, who is freakin’ awesome, had this to say about the 4% Rule and safe withdrawal rates:

In fact, not only do 90%+ of retirees finish with more than their starting principal after 30 years by following the 4% rule (so even if you outlive the time horizon, there’s still funds left over), the “typical” retiree actually finishes with many multiples of their starting wealth with this spending approach! Over 2/3rds of the time the retiree finishes with more-than-double their initial principal left over. And the median wealth at the end of 30 years is almost 2.8X principal!

**Actually, I think this dude is dead, but you get the point.