I’m incredibly happy with my life and it’s all because our family has found the right balance. We take nice vacations, eat good food and fool around with expensive gadgets like electric bicycles. However we also live in a modest home, drive old cars and cook for ourselves. We don’t subscribe to silly fashion or cable TV.

In most cases, I don’t think it’s my place to tell anyone how to spend their money. If you want to go nuts, it’s your problem. Just please don’t go on welfare or ask me for money because your priorities aren’t well.

However, sometimes I read about people wasting money in such ridiculous ways that I can’t stop myself. Brace yourselves gentle readers. I hope your stomach is strong and you aren’t eating cake. 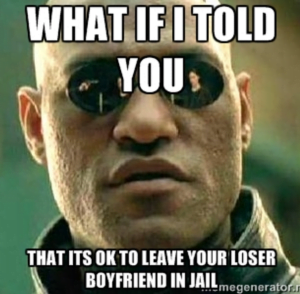 And if you’re the boyfriend, I have a special message for you:

YOUR GIRLFRIEND HAS ALMOST $90,000,000 DOLLARS! KNOCK IT OFF! DO WHATEVER SHE WANTS! YOU NEVER HAVE TO WORK AGAIN! DO YOU PREFER LVING IN JAIL TO MANSIONS? THIS IS THE EASIEST DECISION IN THE HISTORY OF THE WORLD!!!

In Colorado, people love their dogs just as much as their family. Some love them even more. People take their dogs to Home Depot and restaurants. There are even dog bars.

Fellow Coloradans, I found a guy who has outdone you all. This crazy man bought his dog two Apple watches. The insanity doesn’t stop there. This lucky dog is wearing the gold ones that cost $14,000 each in the guy’s home country of China.

If you’re the dog, I have a special message for you:

Translation: I know those watches are annoying you. When your owner isn’t looking, chew them off and then pee on them! He’ll be a little mad, but I guarantee you that he won’t bother you with this silliness ever again.

And this next story takes the cake, literally. Some crazy-ass nutter spent $75,000,000 on a birthday cake. Where do I even start???

First of all, this thing is ugly. Did you ever wonder what a cake would look like if it combined the following elements:

Wait no longer, I have your answer: 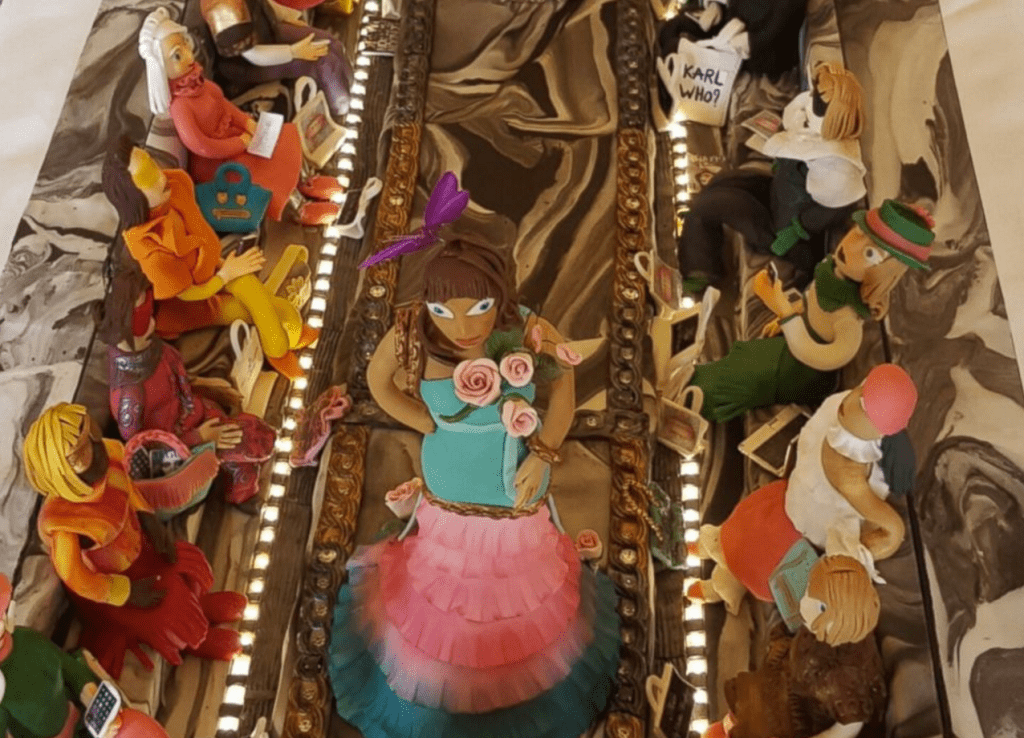 Hey creeper in the blue dress with the sunglasses, stop touching yourself: 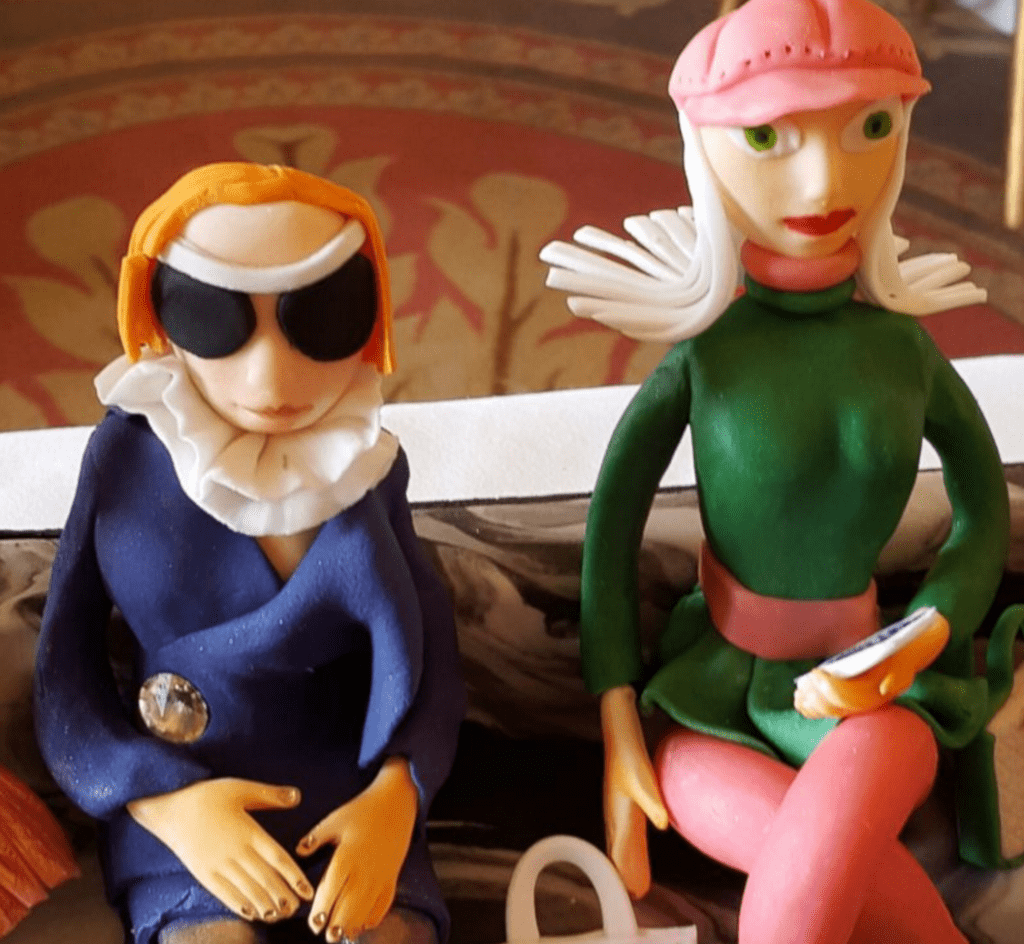 I wouldn’t want to be there either: 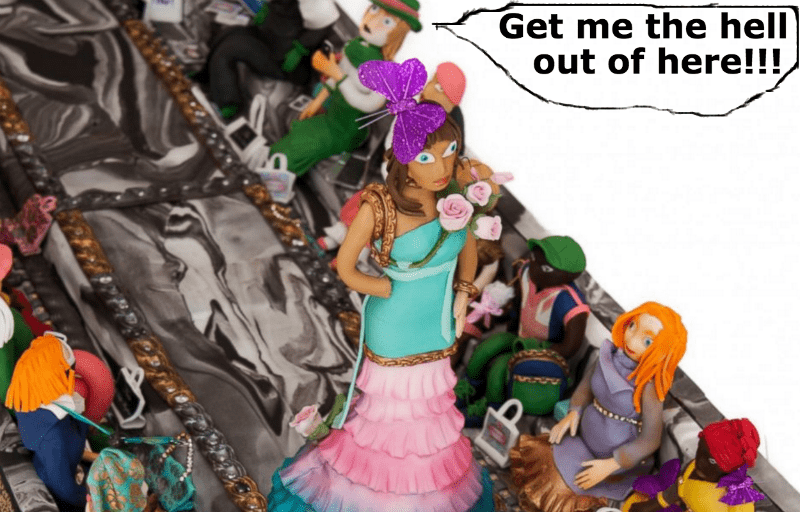 It gets worse. The cake is covered in 475 diamonds. I hate diamonds. If you know anything about them, you know that they’re a silly sham perpetrated by a monopoly.

I wonder if any of the people eating this thing swallowed a diamond? Stay with me as I descend further into junior-high humor. There’s just no way to be delicate.

Certain foods have bad side-effects. Spicy food doesn’t feel so good 8-12 hours later in the throne room. Can you imagine what a diamond would feel like on its way out? Imagine this conversation in the mall bathroom:

Have you seen any extreme examples of silly spending lately? Did your poor sibling just buy a new big screen TV? Did your broke cousin buy a new front-loader washer?

Whatever you do, if you’re invited to a party where the food is adorned with gemstones, do NOT eat them. They do not taste good and you’ll pay a steep price.

Hey Readers, if you need more example of ridiculous ways to flush money down the toilet, here are some other posts from days gone by: