Some thoughts before we begin today’s Rant:

I’d rather take a chance and be free than stay chained to my desk in the name of safety.

I’d rather play with FIRE than live a conventional life.

If you ever see a Komodo dragon in the wild, run like hell.

If you’re going to quit the workforce early, I’ll bet that the 4% Rule is one of the cornerstones of your planning. If you’ve never heard of the 4% Rule, it refers to a study that was done to determine the maximum safe withdrawal rate in retirement over a 30 year time period. Basically, it states that if you can live off of 4% of your investments in the first year, you are ready to retire. I will spend $40,000 in my first year of retirement, so I need to accumulate $1,000,000 before I can tell my boss what to do with my job.

If you read the mainstream media, you’ll notice that approximately 99.746% of the articles about the 4% Rule are negative. Here are some that I’ve read recently:

I can’t seem to find links to any of these journalistic masterpieces now, but you get the picture; the mainstream media wants you to fear the 4% Rule.

Why you’ll probably be OK

I’m not an economist or a financial planner, but I play one on TV. Not really, but sometimes I play one here. In my amateur view, you should embrace the 4% Rule with open arms and an open mind. The 4% Rule is your friend and a good friend at that, not the one who borrows your tools permanently or flirts with your spouse when you’re not paying attention. But the one who brings good beer over* and helps with miserable projects.

Social security is not without issues, but it’s a sacred cow that no lawmaker would ever let die. It will be diminished and politicians should be spanked for borrowing heavily from it, but it will still be there.

The 4% Rule only counts for 30 years, but your money will probably last much longer: The original study only assumed 30 years, but I’m here to tell you that chances are very good that your money will last much, much longer than that. Have a gander at the beautiful table below courtesy of the FIRE Simulator (cFIREsim). The scenario is based on my own situation; retiring at 43 with $1,000,000, buying the farm at 100 and starting with a withdrawal of $40,000 (4%) in my first year. 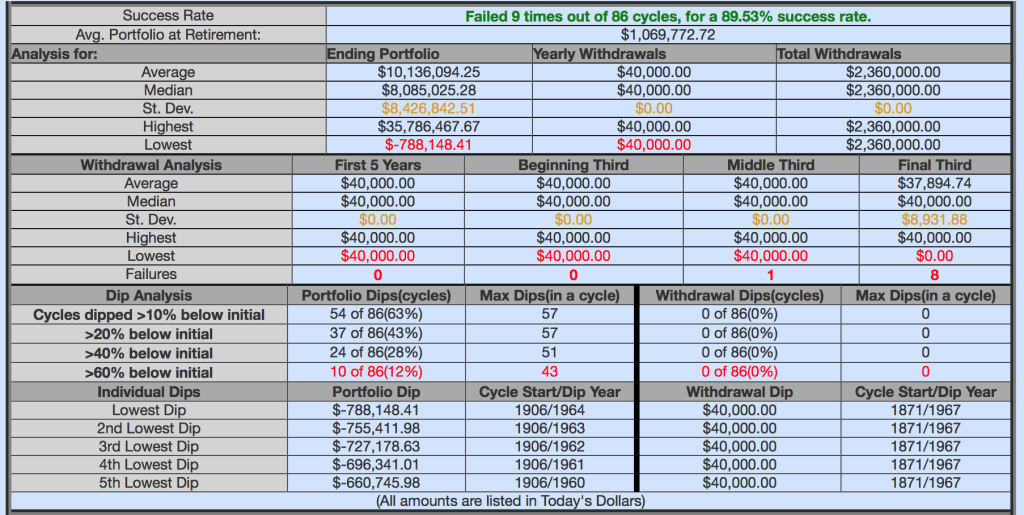 The 4% Rule isn’t failure proof: And neither is anything else. Despite your best attempts, all of the following are possible:

All of these scenarios are horrible, but also improbable.

The simple answer is to not be rigid:

Regarding the 4% Rule, if you are unfortunate enough to retire at one of the points in history where the stock market takes a huge dump the next day, just tweak your life a bit. If you’re frugal and get by on modest income, driving for Uber occasionally or renting a room through Airbnb can turn the 4% Rule into the 3.5% Rule, greatly increasing your chances for success. When I ran the 3.5% scenario in the FIRE Simulator, my success rate jumped to 100%.

I know that you’re not stupid, so in the rare case where the 4% Rule doesn’t go according to plan, you’ll find a way to deal with it.

The 4% Rule is based on historical data from a time when economies, population growth and technology advanced rapidly (1925-1995). If I were to make an extremely amateur guess, the world will continue to progress, but perhaps not at the same blistering pace.

Do I care? Not really. If you think the same as me, perhaps you choose to live by the 3.8% Rule or retire when market valuations are low. Or just remember that you’ll get Social Security later on. No big deal. Move on now.

The risk that no one talks about

The haters will tell you that you’ll run out of money if you follow the 4% Rule. I’m concerned about the opposite. What if I have $10,000,000 in the bank when I’m 100? This will mean that I worked far too long and could have been living it up while I continued to slave away at my job.

I’d rather take a chance to be free than stay chained to my desk in the name of safety.

Nothing is certain in life including your financial future. However, the 4% Rule gives us a solid framework to plan with.

Life is a bit of a game. If you’re lucky enough to have been born in a place with opportunity where hard work is rewarded, you can take your life in any direction you want. However, a large determiner of your success and well being can also be attributed to your attitude. You can choose to worry about scenarios that probably won’t come true or chase down your dreams.

I encourage you to strongly consider the latter.

I believe your dreams have a far greater chance of coming true.

And if you ever see a Komodo dragon, keep your distance.

For sane viewpoints on the 4% Rule, see the following:

Hat tip to Go Curry Cracker and ThinkSaveRetire for inspiring this one. I was originally going to run something even worse today, Thanks fellow FI folks!

*Shout out to Denver E for sharing one of the best beers ever, just last night! Having a great beer is good. Have a great beer with a great friend is infinitely better. 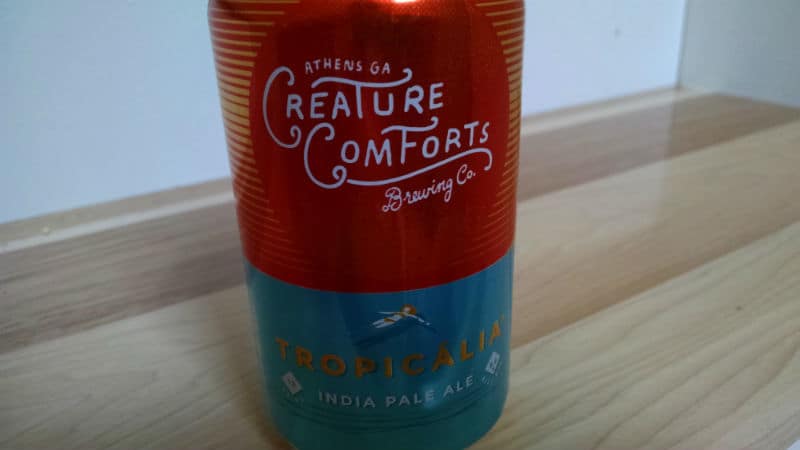 **Who says you don’t learn anything over here on 1500 Days? If you’re on Jeopardy and you win big because you know a Komodo dragon*** can run 12mph, I expect an acknowledgement. If nothing else, you’ll dazzle your friends and family this weekend with this fun piece of trivia.

***Damn, I can’t stop thinking about Komodo dragons now. There is even a Jurassic Park-like experience if you want to see them in their element and apparently, even yank on their tails. What could possibly go wrong?