Fact: People kill themselves because of financial distress. Some speculate that the Great Recession led to more than 10,000 suicides. (Please, please, please!; if you’re not feeling right, please call the Suicide Prevention Hotline: 1-800-273-8255.)

Did you know that there is a documentary coming out in early 2019 about the FIRE movement? It’s called Playing With FIRE. Here’s the trailer:

I just got back from a blogger conference called FinCon. While at the conference, I went to a panel discussion with cast members from the movie: 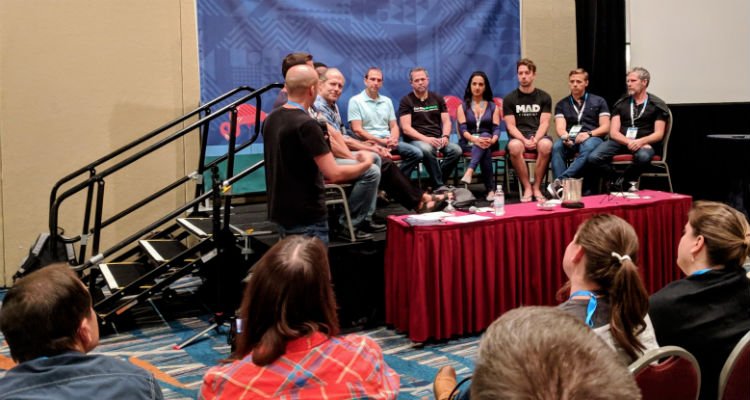 The most profound words came from Scott Rieckens (producer) and Travis Shakespeare (director). They both mentioned that folks working on the movie had been influenced by it. Scott talked about a lighting guy who enthusiastically announced that he had paid off his school loans. Travis spoke about an editor who, after watching parts of the movie, texted a friend with this:

I’ve got to get my shit together.

And these examples are why this movie is important. Even if you’re not interested in financial independence or retiring early, this movie will be a call to action for many to get their financial lives together.

How You Can Help

The Playing With FIRE folks need help to finish the film. And by help, I mean money:

Risks: The single biggest risk we currently face is lack of funding. We have the product nearly ready to ship. It’s so close. It’s going to cost close to $40,000 to finish editing, motion graphics, coloring, mixing, and prepping the film for release. We’ve been on or under budget on the entire film up to this point and decided early on to devote a considerable amount of resources to the production of the film. Without a great story, post-production didn’t matter. We also chose to future-proof the film and shoot 5K footage. This is not your average documentary. We had always planned to use crowdfunding to get us over the finish line in post-production. We’ve put ourselves at risk by assuming the existing FIRE community would be excited about this film and come to our aid to support us when we need it most. It remains to be seen whether we overshot our assumptions. Plus, we had originally planned to use the power of the community to help us share the film. If that doesn’t take hold like we plan, we may need to spend additional funds to expand our reach.

They’ve started a Kickstarter campaign to raise funds. And if you contribute, you’ll get some sweet swag*:

I pledged $100 and hope that you’ll consider throwing some money their way too: https://www.kickstarter.com/projects/firedoc/playing-with-fire-the-documentary/

And if you don’t want to (or can’t) toss them some coin, don’t be shy about spreading the word. Remember those 10,000 that killed themselves the last time the stock market got whacked? Financial literacy is the answer and Playing With FIRE may just be the catalyst that one of your friends or family members needs to turn their financial ship around.