Last month, a very smart person asked me this.

How do you pick stocks?

The short answer is:

The longer answer is:

I realize that I’m not making much sense. I’ll try to explain.

Individual stocks mostly scare me and I’m now a big fan of indexing. However, I still buy stocks in small amounts every once in a while to amuse myself. I do this infrequently and with small amounts of money.

However, it’s also completely silly to talk about this portfolio since it’s less than two years old, so I’m not going to say another word about it.

While my stock purchases are infrequent, I still like to think about them. Here is how I go about it. 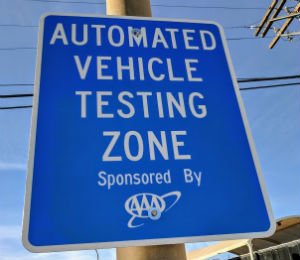 I like to consider what the world will look like in 10-20 years. Since I’m obsessed with technology, most of my thoughts gravitate in that direction. So, here is an example of one of these thoughts:

The age of humans operating cars is coming to a close. There will be a time before 2040 when it will be against the law for humans to drive in some places because autonomous cars will be so much safer.

The next question is:

What problem needs to be solved to perfect autonomous driving?

This is complicated, but on the surface, it’s a software problem. All of the hardware needed to support autonomous driving has already been developed. The software still has a long way to go though. Autonomous vehicles will rely heavily on artificial intelligence which is still in its infancy. Working backwards, the next question is:

Who will win the software race?

I believe it will be Google. Google developed software that simulates 8 millions miles of driving per day. Google is also one of the leaders in artificial intelligence research. While it will be a long time before we see who brings level 5 autonomy to the market first, I believe that it’s Google’s race to lose.

It so happens that I bought Google stock a long time ago (8/2004). While I’m not buying any more, the thoughts above contribute to my decision to not sell the stock.

Question #2: Would you take the Warren Buffett Bet?

Dividend Growth Investor asked me this

Let’s say Warren Buffett re-ups his famous decade-long bet. (He’s not.) He takes the S&P 500, and puts a hypothetical $1 million in it. What would you take (and why)?

For those not familiar, Buffett had a bet that an actively managed fund couldn’t beat the S&P 500. Buffett won by a mile.

Would you take the same bet today?

I would. Here’s why:

Bull markets are very hard to beat. A couple years ago at the Berkshire Hathaway meeting, Buffett himself mentioned how difficult it is to beat the returns of a healthy market. However, the bull cycle will end soon. Market multiples are at crazy highs and the bear will roar soon. If there is any period of time when active management may have an edge, it’s during a recession.

Here is the portfolio that I’d put up against the S&P 500:

To hold myself accountable, I’ve create the above portfolio and invested $1,000 in it. I’ll update the status regularly.

I’m Not That Crazy!

I wouldn’t take this bet if market valuations were low like they were when Buffett started the original contest.

I wouldn’t take this bet for a period longer than 10 years. 5 years would make me feel much better.

I’m in it for the long term (many decades) and index investing is the strategy that makes the most sense to me. While I think certain companies may outperform in the near term, predicting long term trends is very, very difficult. For example, do you have any idea what the most successful stock is of all time? I would have never guessed that it would be a tobacco company.

What Do You Think?

Are you an indexer? Or, do you enjoy the thrill of individual stocks every once in a while?