He could no longer control his own trembling. It was not, after all, so easy to die. –Harry Potter and the Deathly Hallows

Remembering that you are going to die is the best way I know to avoid the trap of thinking you have something to lose. You are already naked. There is no reason not to follow your heart. –Steve Jobs

You know things going to be serious when I open with quotes like that.

Both of these events let me know that it was time for the cycle of the seasons to move once again.

It jumped into my mind on Saturday. Like most of my better posts, it came at the most unexpected moment. I was building a playhouse with my children and BOOM!, it hit me.

I was going to publish it today, but as the words flowed from my mind onto the screen, I thought it better to save it for last. I’m not leaving any time soon, so you’ll have to listen to my bleating for just a bit longer*.

Just like the demise of summer, the end of the blog will be a new beginning for something else. I don’t know what that something else will be quite yet, but it’s fun to think about. 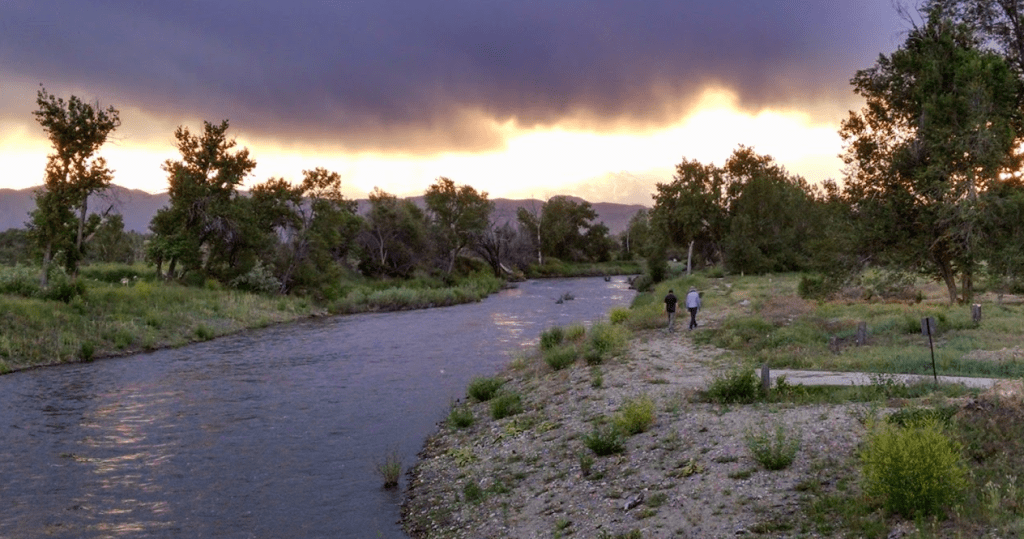 And the stock market

The stock market decline last week showed us another great example of a cycle**. On the surface, perhaps the decline put some fear into you. However, dig a little deeper and you’ll see that declines aren’t bad or abnormal. They are actually quite the opposite – healthy and part of the cycle. We can even take it a step further and acknowledge that markets must fall.

The cyclical nature of the markets and the economies that drive them doesn’t mean that the long term investor won’t be rewarded. Over time, markets go up. Population growth, lengthening lifespans, increases in productivity, technological breakthroughs and other advancements will propel the world economies ever bigger and the markets will follow. The ride will be bumpy at times, but act rationally, be patient and you’ll get to your destination. Think in decades, not days.

Cycles are a part of the natural state of the world. We see them all around us. The seasons cycle as our planet circles the Sun. There are water and nitrogen cycles. If you have XX chromosomes and are of age, you experience the estrogen cycle monthly. We sleep and wake up. Over and over, round and round.

To go in one direction constantly without correction is unhealthy and unnatural. The ebb and flow of biological systems, markets and life is part of the natural state of the world.

Acknowledging that time is finite is powerful

It’s a strange feeling to have the last post that I’ll ever publish here completely done. However, it’s also empowering. Knowing that I have an end, I must apply a filter and publish only what I really want to say. Since I have over 150 posts in that Drafts folder, much of what I’ve written won’t see the light of day. And it’s better that way.

Now, I can pick and choose. Only the posts that I feel really good about will be published. Everything else will go into the virtual Trash bin. The ones and zeros that comprise that prose will be dismissed, never to see the light of day.

Apply the same lessons  to life

I have a big problem; my days are numbered. As a 41 year old, I look forward to decades of good health, but that isn’t enough:

So much to do, so little time.

Not acknowledging the value of time is a wasteful way to live. Every day is precious and should be treated as such.

Trim the fat. Evaluate what you’re doing constantly. Spend more time participating in activities that make you a better person. Watch less TV and read more. Have more dinners with friends and family. Nothing lasts forever.

Money is the great limiter. As long as you need it, you must trade your time to get more of it. Never forget that time is the most valuable of all resources. I encourage you to save and live frugally so that selling your time becomes an option, not a mandate.

With some hard work and rational investing, the tide will turn and money will set you free. And with a little luck, you’ll still have lots of sleep/wake cycles left in the bank.

He could no longer control his own trembling. It was not, after all, so easy to die. Every second he breathed, the smell of the grass, the cool air on his face, was so precious: To think that people had years and years, time to waste, so much time it dragged, and he was clinging to each second…

*I will not quit on you before I reach my goal of Financial Independence and leaving my job. That is a promise.

Most important, the fundamentals of the US economy aren’t in bad shape. Benjamin Graham once said this:

In the short run, the market is a voting machine but in the long run, it is a weighing machine.

Ignore the voting, embrace the weighing. Stay long my friends.