Before digital cameras, photography wasn’t much fun. If you remembered your camera, you took some pictures at the birthday party or kid’s soccer game. When you finally used up the roll of film, you dropped it off at the store to get developed. A week later, you’d pick up your pictures. Some of them would have your thumb in a corner. Others were overexposed. None of them were good.

(Mrs. 1500 note: Before digital, Mr. 1500 was on a European trip with a friend. Let’s call him Todd. They were walking around when a fellow American asked them to take a picture of him and his wife. Todd took the camera and appeared to be taking a photo of the couple. After he handed the camera back, he confessed to Mr. 1500 that he had, instead, zoomed in on the woman’s chest and snapped a couple pictures of that, instead. No more nefarious opportunities for you, Todd.)

Fast forward to today. We have good cameras with us all the time called smart phones. At a moment’s notice, we can whip out our phone and take pictures anywhere at any time.

However, the best part of digital photography is that it’s made us all better photographers (see this for some of my top tips). Instead of waiting a week to see how the photo turned out, we can see the results instantly and try again. Sometimes, I’ll take 40 or 50 photos of the same thing. Most of those end up in the Trash bin of my Macbook, but usually one or two work out.

I have included some of my recent favorites below. I often forget my real camera, so all of these were taken with either an iPhone 4S or MotoX.

Finally, if you’re a blogger, I strongly encourage you to use your own pictures. I am a firm believer that an OK picture you personally took beats stock photography any day of the week. Your photos establish a personal connection with your audience. Don’t underestimate the power of that connection.

I’m a sucker for sunsets. I’m also a weirdo that takes childhood toys with me on vacation and photographs them. This picture combines sunsets and plastic dinosaurs. Even more bizarre, the picture was featured by a San Diego news outlet.

I love waking up before the sun and getting outside for a walk. The following two were from San Diego as well. 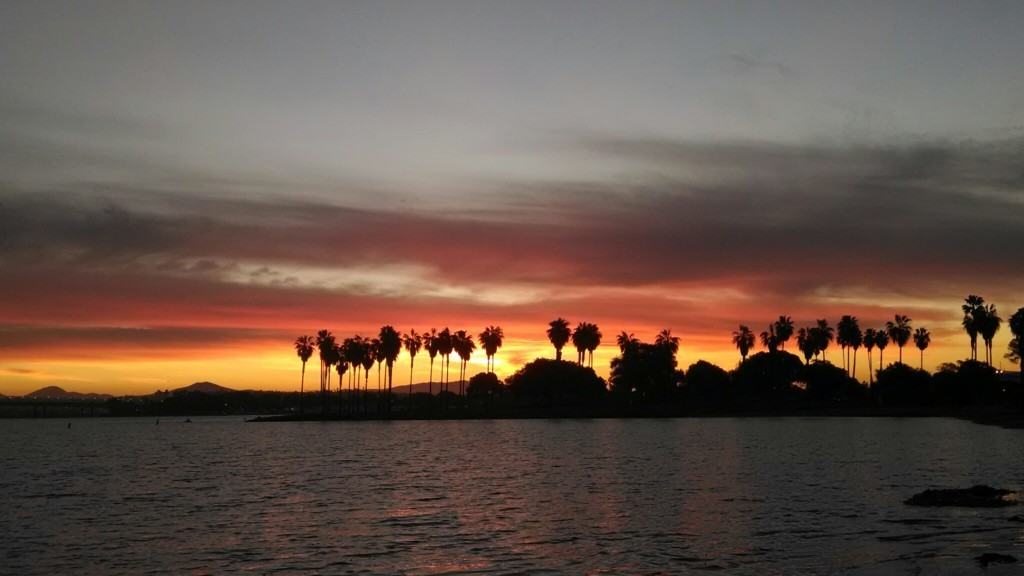 Our 5 year old is incapable of eating anything without getting it all over her face, clothes and in her hair. This is what happens in the course of a Costco hot dog. (Mrs. 1500 note: This picture was taken halfway through the ketchup-removal phase that commences after any meal. Note the ketchup on only one side of her mouth. This is a pure-dad trait. Mr. 1500 is also incapable of eating anything without dropping at least some of it on shirt or pants – or both! Sigh.) 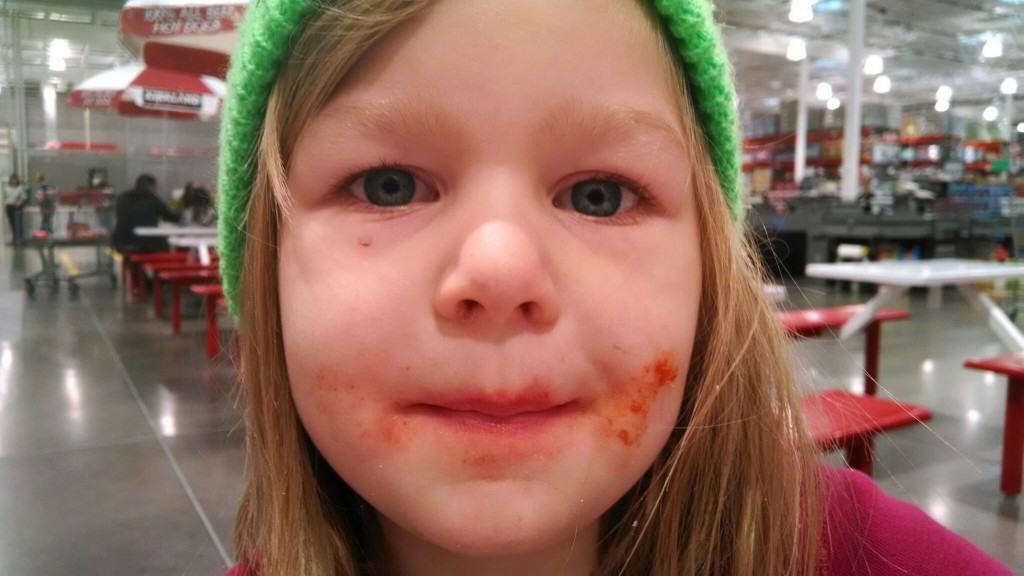 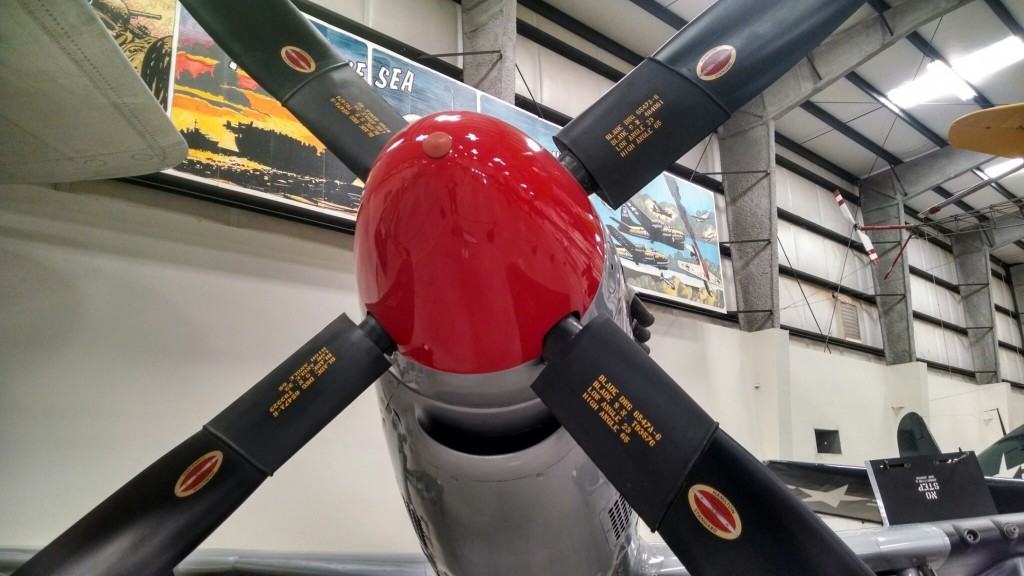 Mrs. 1500 and her sister have an ongoing toilet paper battle. Mrs. 1500 is an “over” while her sister is an “under.” Whenever they are at each other’s homes, they switch all of the rolls according to their preference.

We recently were visiting under-sister when Mrs. 1500 decided to take the battle up a notch. After switching the roll, she photographed it and framed the picture. Then, she hung the picture up discretely in sister’s home. (Mrs. 1500 note: It took my sister more than 2 hours to notice this image, even though I hammered a nail into her wall directly across from the only toilet in the house. There is literally nothing else to look at while sitting on the can, and it took her two hours to notice!) 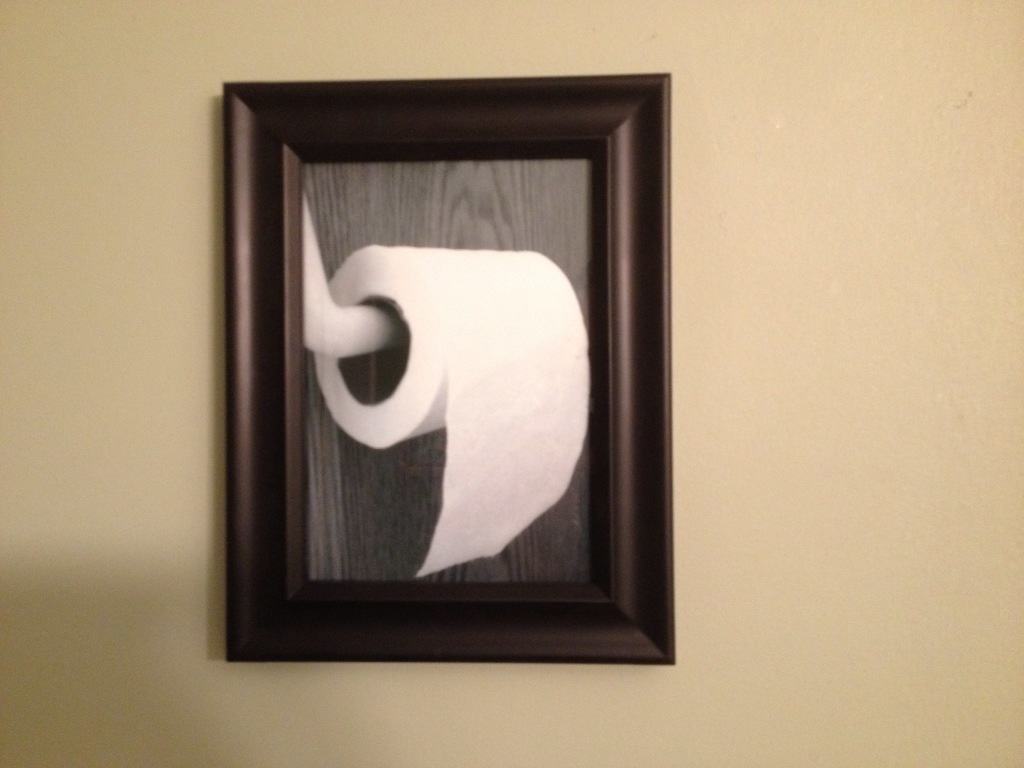 Finally, I liked this one (even though it’s a bit fuzzy) because it reminded me a just a little bit of the movie poster for Tim Burton’s “Big Fish.” This is a picture I took when we were out a family walk after dinner. Our town recently repaved this road and added a bike lane. Woot! 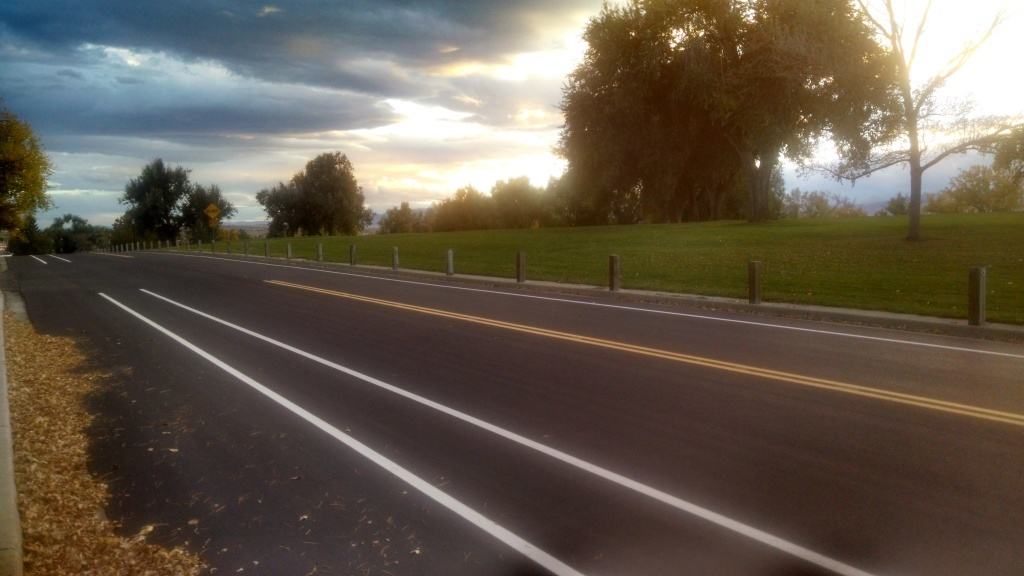 What have you been taking pictures of lately? Any good photography tips for me?