I think about numbers almost every waking hour. Yes, I’m a nerd. I’ll bet you wouldn’t know it from looking at me. On second thought, maybe you would:

Numbers I think about include my weight, the price of various stocks, my net worth, the amount of money I spent on recent purchases and the closing level of the S&P 500.

Today,  DJ from My Money Design guest posts to tell you some misconceptions about the 4 Percent Rule. Enjoy!

How well do you think you know the 4 Percent Rule? 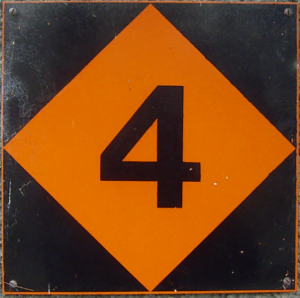 … You know … the rule that says you should withdraw no more than 4 percent from your retirement nest egg in order to make it last 30 or more years?

Despite its popularity and some controversy, one of the unfortunate things about the 4 Percent Rule is that it is often misrepresented and misinterpreted.

You will often see it mentioned in financial articles, but while doing the research for my latest ebook “How Much Money Do I Really Need to Retire …”, I noticed that the facts are sometimes quite skewed.

What’s more: When you actually read through the articles that made the 4 Percent Rule famous, there is quite a bit more valuable information to them that hardly no one ever discusses.

Here’s a few facts about the 4 Percent Rule that you may not have known.

1) Bengen vs The Trinity Study

It is often misquoted that Bill Bengen’s 4 Percent Rule has a 95% chance of success. In reality, this statement is a combination of two sources that have become intertwined over the years.

The original 4 Percent Rule article written by Bengen in 1994 actually showed a 100% chance of success for a minimum of 33 years (or more) when using a withdrawal rate of 4 percent and making inflation adjustments annually from a portfolio containing 50/50 stocks and bonds.

It was the Trinity Study article 4 years later in 1998 that further validated the 4 Percent. This was the data set that assigned a 95% success rate to making inflation adjusted 4.0 percent withdrawals from a 50/50 stock and bond nest egg.

The two articles are often a debate of longevity vs probability.

When Bengen analyzed different withdrawal rates, he looked at how long your money would last with 100% certainty.

The Trinity Study, on the other hand, fixed the number of years and instead looked at the probability of success for a given withdrawal rate.

Critics of the 4 Percent Rule (such as those from the Safety First school of thought) often argue that Bengen’s approach was more appropriate because of the 100% confidence factor.  Their critique of the Trinity Study method is that it turns retirement into more of a “gamble”.

Both Bengen and the Trinity Study demonstrated that asset allocation could make quite a difference in both how long and the statistical odds of your money lasting.

For example: In the 2011 update to the Trinity Study, it was shown that a portfolio with 75/25 stocks and bonds and an inflation adjusted withdrawal rate will have a 100% chance of success for 30 years as opposed to a 96% chance with 50/50 stocks and bonds.

In addition, they also looked at something else that could be very important: How much money you would “end” retirement with. This part of retirement planning is important if you plan to pass money on to heirs or a noble cause. As you might guess, portfolios with a higher allocation to stocks ended retirement with larger amounts.

4) Why Are FIRECalc Results Different?

Ever play around with FIRECalc?

I certainly do! It can be a very useful way to quickly test different a variety of withdrawal rates and retirement planning scenarios.

Similar to the difference between Bengen and The Trinity Study, FIRECalc uses a different set of default assumptions. Without changing any of the advanced settings, FIRECalc uses a 75/25 stocks to bonds ratio. It also factors in a 0.18% fund fee.

While not necessarily practical, this information can be useful because it lets us know just how large of a rate you could use if you were willing to compromise on inflation adjustments. For example, you could raise your withdrawals by a rate lower than inflation.  Or you could only make adjustments every other year. In this study I did here, I was able to show that you could re-create the success of a 4.0 percent rate using a higher 4.5 percent rate but lowering your inflation withdrawals by 1.5 percent. There are a variety of combinations could use to either use a higher rate or simply add to the safety and security of not running out of money.

If you’re an early retirement seeker and need your money to last you a lot longer than 30 years, one of the interesting things that Bengen mentions in his original article is that a rate of 3.5 percent with inflation adjustment worked for nearly every rolling period he studied for over 50 years!

If you’re on the other side of the fence and can stomach a little more “risk” in order to use a higher withdrawal rate than 4.0, then you should check out the table of results in the Trinity Study. It provides you with a whole matrix of probabilities where you can simply pick the one that you feel the most comfortable with.

Perhaps the most misunderstood thing of all about the 4 Percent Rule is that it was never meant to be something that people actually follow. It was merely intended to be a tool to help financial planners and do-it-yourself individuals safely figure out how much they could reliably withdraw from their portfolios every year.

Both Bengen and The Trinity Study cautioned that this may not be a one-and-done strategy. Depending on how things are going, some adjustments may be necessary along the way.

Readers: What do you think about these misconceptions of the 4 Percent Rule?  Did any of them surprise you?  Is there anything here that you think could help benefit your retirement plan?

About the author: DJ is the man behind MyMoneyDesign.com, a blog that is dedicated to exploring how to make your finances and life better.  If you like the information you’re reading here, then please be sure to check out his ebooks on Amazon.