Side hustles are all the rage these days. Earning money from a hustle is not only a way to get to FIRE faster, but also a supplement to income in retirement.

At Camp FI Midwest, I was chatting with the Financial Panther about his side hustles. He’s a successful lawyer, but that doesn’t stop him from earning money on the side. In the course of the conversation, he mentioned two side hustles he was currently working; charging scooters and walking dogs. After the conversation, the thought I had was this:

I wouldn’t mind an extra dollar or two from a side hustle, especially if it fits into my daily routine.

Charging scooters was out since we don’t have them in Longmont. There aren’t many things in life I hate more than picking up sh*t, so walking dogs wasn’t an option either. However, Google must have sensed what I was thinking because the ultimate side hustle appeared in a Gmail ad a short time later…

I was innocently catching up on email a couple weeks ago when I noticed an interesting ad. I usually never click on ads, but as you can see, I clicked on this one:

And the picture below appeared. Look at how happy those guys are! Of course they’re happy – they just got paid for playing tug-o-war with the cyclops! 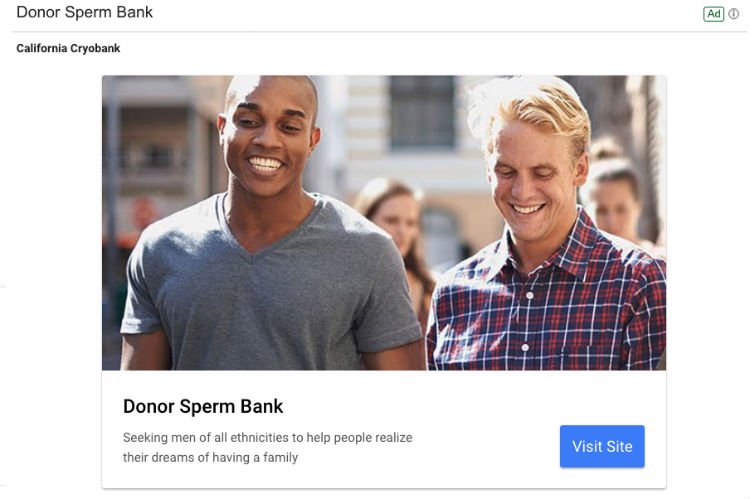 I had to know more, so I clicked on Visit Site. The first thing I saw was this: 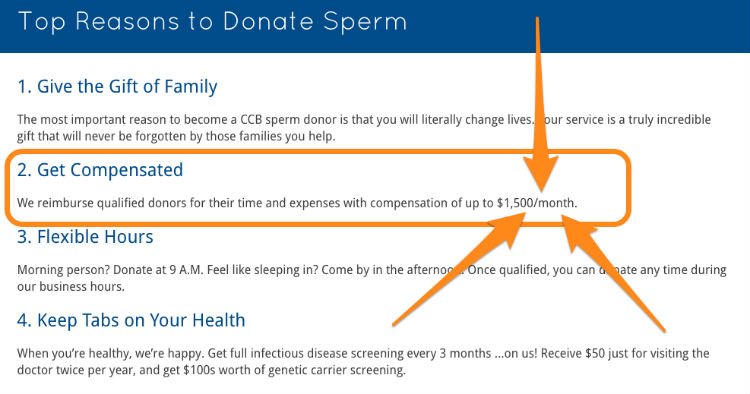 $1,500 per month for playing the knuckle shuffle? Wait, who’s paying who? I get paid? This sounds like a lot more fun than collecting scooters or dog poop!

I started reviewing the requirements…

No STDs! I’m clean as a whistle south of the border, so no problem here:

Time commitment: Only 2-3 times per week? Hey, no problem here either! I can probably do 8 days a week if duty calls. Bring on the investment banker hours! Or should I say, sperm banker…

Basic requirements: My salami slapping side-hustle dreams died here. I graduated at the top of my class from a 4-year college. I’m a hair short of 5′ 11″.  I’m healthy and can legally work in the United States. However, I’m older than 38.

So, there goes that. It was fun to think about, but I’ll just have to come up with something else. I should probably just stick to blogging.

In the meantime, I asked my friend Cubert if he had anything to contribute… …to this post!

Cubert here. Carl clued me in on his piece about his piece late last week. Sick bastard. Mr. 1500 Repetitive Motions to Freedom offered to open up the circle to other contributors, so here I am. Why he asked THIS jerk to throw his helmet into the ring? I have no idea…
Looking at these sperm bank qualifications made me wonder why the payout was as high as it was. Are we that hard-up for good genes in this country? Is there some clandestine Chinese genomics experiment behind all of this? Talk about secret self-service!
At any rate, I’m like Carl. Too old. Dammit. But at least I hit the target on the other qualifiers. In fact, my recent physical had me at 6’1, a full inch taller than I’ve ever been before! Every inch counts in this world, or so I’ve been told.
I’m healthy enough. Granted, I take vitamin D supplements to survive Minnesota from August through, well, August. Still, I can complete 17 pull-ups in a single set nowadays, all while marveling at my persistently-soft one-pack abs. You know, the epitome of “dad bod”? Combine that belly with my balding head and you’ve got yourself one sexy doner!
College? Sh*t. I loved it so much I took on five years of undergraduate studies. I even retook a bunch of classes I loved it so much. Then, because I knew later on the sperm bank would demand it, I tortured myself by pursuing a grad school degree. Not sure if that makes me smart, or just a self-flagellating debt hoarder.
Pass the cup!
And, I also asked the Physician on Fire for his twist on this side-hustle:

Mr. 1500 reached out to me as he was investigating the idea of profitable snake charming, asking if I wanted to contribute.

Contribute? Who does this guy think he is, a sperm broker? I know I’ve got valuable goods, but… wait… what’s that? Oh, you wanted me to contribute a few wooooords… that, I can do.

I’ve given up dozens of pints of blood over the years. It’s a good thing to do, but a lousy side hustle as it takes the better part of an hour and pays in bottled water and Cheez-its. Maybe a tee shirt if you’re lucky.

Blood’s not the only body fluid I’ve donated, though. As a college student at The University of Minnesota, I furthered the cause of stem cell research by “donating” bone marrow at $50 a pop. That was good beer money, it took maybe 15 minutes, and I only had to drop my pants an inch or two. The downside was feeling the pain of negative pressure on the inside of my pelvic bones. It’s a unique, unpleasant sensation.

Now, for what Mr. 1500 is proposing, well, the sensation while donating should certainly be more pleasant and the money sounds better, too. But I’ve seen that Vince Vaughn movie where he’s got a hundred and some kids all over town. I realize that scenario is probably no more likely than that what happened in that dinosaur movie he was in. Nevertheless, if I were to donate some of my strong swimmers, I would have an unshakeable fascination with these potential children out there sharing my DNA. How many half-siblings would my kids have? Would they ever meet? Would they ever date (I hope not!)?

While I realize it’s a valuable service that helps families out, I have never been compelled to be a sperm donor myself. Every time I would see a pale, lanky kid with a big nose, I’d be wondering…

Just because you don’t have a dolphin to flog* doesn’t mean that you can’t make money too. The good news is that you can make a LOT more money:

Do any readers dare admit that they donated sperm for money?

What is the most unusual sides hustle you’ve ever done?

*Joking aside sperm and egg donors help others achieve their dreams of becoming parents. This is a good thing.